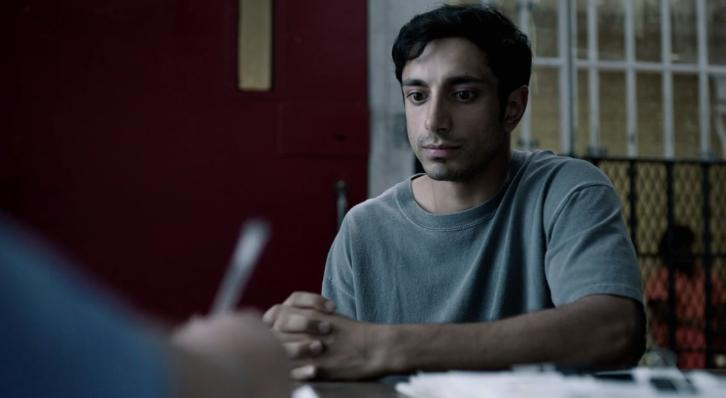 Perhaps more telling of our generation than the procedural crime drama is the prison story. Jailbreaks, great escapes, masterful duels between the jailed and the jailers are sources of endless fascination for us. My theory? Imprisonment is a narrative that allows anyone to be a protagonist. We can side with the heroes of The Green Mile, whether they’re the inmates or the kindly guards. We love to make fun of the notorious El Chapo and his multiple escapes, in a manner befitting a comedic folk hero. Granted, our natures and the nature of the silver screen is to side with the oppressed, and our sympathies quickly develop for the prisoners in The Shawshank Redemption. But we just as easily revile gang members, rapists, mass murderers and sociopaths behind bars, the supposed “real” criminals who await life sentences or death, measured by the electric pulses of the chair or the slow convulsions of a lethal injection.

My fascination with prison dramas has more filial roots. When I was ten, my father was imprisoned for conspiracy to commit murder. At the time, my mother (who had divorced him some years prior but attempted to maintain friendly communications with Dad for her son’s sake) told me he’d been wrongfully accused, that a threat he had made was taken out of context, and turned into a character assassination that landed him in jail for nearly a decade. I’d gotten used to living without my father’s regular presence, so when visits dropped from spending the weekends with him to driving a few hours every once in a while to a prison to talk through plexiglass, I accepted it as a natural consequence of the world. But we stopped visiting sometime around high school, and I didn’t retain my impressions of his prison world. Granted, it didn’t help that he moved between prisons quite frequently (behavior problems, medical issues, filing errors), ruining any hopes for some semblance of reference in my mind, but I had no real idea what prison was like.

So I turned to the world of media, the haunting violence of Oz and the trumped-up glitz of Prison Break. Scared Straight was remarkable for a time, certainly, and COPS gave me new appreciation for the people in prison with my father, but it all fell short of what I thought a real prison must be like. The Great Escape held interest, held semblances of male camaraderie and struggle against an unjust cycle, but it was too focused on characters like Steve McQueen’s, who took everything in stride and came out on top. Law and Order had some interesting things to share about New York’s unique criminal justice system, but it wasn’t for sure that a given episode would be more of the cops’ procedures or the world of Rikers’.

Enter The Night Of, specifically the third episode, “A Dark Crate.” Nasir has ended up in the dark, dank world of Riker’s penitentiary, consistently displayed in pop culture as being the worst of the worst, the hardest pokey for a con to be sent. We don’t see him torn to shreds immediately, though. Since the show’s episodes are a bit on the longer side, the writers can drag things out, can riddle the audience with suspense and make us wonder at how bad it’s going to get before Naz or someone else gets really hurt. All throughout the episode, people are moving around on the outside, and their actions and decisions mirror Nasir’s on the inside. As he is interrogated by the officer in the opening, the officers who pulled him out of the taxi two episodes prior are being grilled by Box. But where the prison representative wishes him good luck (no gang affiliation to help him survive, no death wish to help him escape), the intrepid detective refuses to rely on the scant memories of his subordinates. He’s coaching them, telling them what the jury will see, and how hard they’ll have to fight to change their perceptions of the good-looking, young college boy with a bright future ahead of him. In short, he’ll leave nothing to luck. There are other mirrors, too – Box looking at pictures of a young Naz while Freddy watches the real one from his “balcony,” Stone’s televised defense of his client and the inmates’ tense confrontation with Naz – but the subtextual discussion on luck is the most telling, the most interesting mirror for me. It is a portrayal of characters at their most honest, human level. Where the officers try to be honest with Box as to what they can and cannot remember, the female guard essentially is giving Naz a laundry list of what he can expect, and how he can expect to fare (poorly, that is). No one is hero or villain, no one is out to get anyone or achieve anything, other than the truth. Box wants the truth of the crime, as much of it as he can get. And Naz, whether he wants it or not, gets the truth of his situation, subtly and candidly done.

I appreciate, too, the lengths at which the show tries to create verisimilitude in the prison set. A sly jab at prison overcrowding can be seen when Naz is not shown to a cell but a cot in the common area, surrounded by more dangerous individuals. The reading of the riot act, set to establish boundaries with the guards and the inmates, is flaunted as Freddy’s flunky delivers shoes to Naz, passes messages between them, and essentially does the bidding of those he jails. Probably the best moment of realness, of that “real feel” television tries so hard to deliver to its viewers, comes from Freddy’s explanation to Naz about families. All of them, he says, come from the same hood – prisoner and guard alike. In that moment, many things became clear. Of course the guard serves at Freddy’s behest, because they have a relationship that extends outside the walls of the prison. Of course the inmates are so jam-packed and organized into gangs, because the mirror the block mentality of New York (when you live on an island as small as Manhattan, every chunk of sidewalk is territory). Of course Naz is doomed to die without someone’s help, someone’s protection, because the lens of the prison world is so narrow, everyone in Riker’s is innocent, which is the same the same as saying everyone there is guilty, and no guilty convict is more hated than the rapist, and no minority is more hated by bigots than Muslims.

It is the truth, after all, that is real. And the truth is, my father really did try to contact a ‘professional’ within the prison system to kill his wife (not my mom, but a woman from a marriage or two after their divorce). The truth is, prisons really are overcrowding and it’s the inmates who suffer. We imagine the world of prison to be dark, sealed off from the rest of the world by high walls and stony silences, like a pit, or Freddy’s dark crate. But the truth is that the world is one world, prison or whatever, and we are connected to it by our neighbors, our families, the men and women who protect us and the criminals they punish. Rule of law may separate us in all but the most tenuous of ways, but what links endure are what The Night Of shows us. The bonds of Naz’s family as they struggle through the process of their son’s incarceration, to return the impounded cab without filing suit against their son. The bonds of Stone in his client-lawyer relationship, as he tries to help the Khans and himself with some level of fee. The bonds of the district attorney’s office, sworn to give a fair trial but mired in the same politics, the same struggles the rest of us go through when addressing an embarrassing, troubling issue. And they are all held together by the body of Andrea Cornish, riddled with knife wounds, watched by the mounted heads of silent deer.