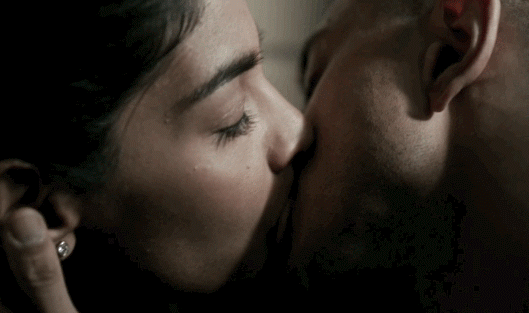 The Night Of: There Are No “Ordinary Deaths”

The season finale of The Night Of is coming around the bend. It’s so soon, it seems unreal, despite how long the individual episodes run (one hour and twenty minutes, roughly, for those of us keeping score at home). So, in an attempt to provide a penultimate, final-feeling examination of the plot, I took a deep breath and read a New York Times review of episode seven, “Ordinary Death.”

Scott Tobias, the author, has a good feel for the show and for writing about it. He points out what needs to be pointed out and leaves the rest for his “Notes” at the bottom. For us, the dear readers and writers at My Entertainment World, we don’t have word limits as strict nor editors as draconian, so forgive me if I wax loquacious and give you an amiable stroll into the world of The Night Of, instead of a brisk jog.

Tobias takes the opening scene from “Ordinary Death,” a black woman with multiple stab wounds, lying dead in the street with Box and another detective standing over her, asking where the media is when it’s the same fate that befell Andrea Cornish, and shelves his commentary for a paragraph in the “Notes.” His point, terse though it may be, rings true – “The cultural implications of [Nasir’s] case have been measured throughout in headlines and news broadcasts…But most of the players in the justice system have kept their head down, including Box, so to open the episode with social commentary from him is significant.”

Indeed, it is significant. You have a white woman murdered at the start of the series and that triggers the entire plot for your show. But a black woman in the street simply serves as a footnote towards the finale, a sideview into the messed-up priorities of our culture and what we are shocked by. It is possible that, like with Andrea’s cat, the second murder victim becomes more significant in incremental ways, but unlikely. With the cat, there were multiple gestures to it in the first episode. With the new victim, she introduces the episode, opens the social can of worms that is the murder trial, and is then lost, vanishing beneath the drama of the case. Yes, it is significant, to present such a jarring, triggering image, and then to shift focus to familiar ground.

But shifting focus has been the mandate of this episode. Sure, our view on Nasir has become considerably less charitable as we’ve uncovered secrets about him, his pharmaceutical entrepreneurship, his violent streak, even his not-so-subtle homophobia that has risen in airtime over the course of the show. But we’ve also taken a much kinder view to John Stone as his life becomes simultaneously better and more pathetic (new sex drugs but no one to sleep with, new shoes but no one is as excited about them as he is, taking the cat in but suffering for it). Stone is a much shrewder lawyer than he pretends to be, a more driven investigator than the prosecution thinks he is. Whereas before he was over the moon to be Nasir’s lawyer, his purpose seems deeper, more down to earth now that he’s just a private dick. You can almost see it on his face, the sense of, ‘I’ve got a job to do, no sense wasting time or feeling sorry for myself.’

The part of “Ordinary Death” that’s being talked about the most is Chandra’s intimate kiss with Nasir in the holding cell. Tobias comes to our aid again with an extremely well-reasoned critique of this kiss, from a story standpoint. “By following through on the romantic tension that’s been building between Chandra and Naz…however much Chandra seems to regret it afterward, undermines her as a professional.” Our intrepid Times reviewer raises questions about her faith in Nasir – after all he’s done, after she’s seen him change so much, can she still believe his innocence, and can she still follow through in this case.

For me, these questions are more interesting than the romantic attraction. When the kiss happens, it undermines everything about their professional relationship, and pushes forward a weird plot where, potentially, Salim and Safar Khan try to set up an arranged marriage between Chandra and Nasir. More importantly, the kiss comes on the heels of the videos in court, the CCTV footage the closeup of the camera in Freddy’s cell. We see that there is a security camera in the holding cell. There is now evidence of a relationship between client and convict. If Helen Weiss doesn’t find a way to use this in court, it will be supremely surprising.

Even past all of this is the sappiness of the setup of the kiss. Chandra broke up with her boyfriend and has been getting closer to John. Her encounter with Mr. Day places her out of her depth and introduces a whole new dimension of sexual terror into the show. From the minute she’s put on the case, too, Safar points out how pretty she is, staring at her with all the affection of a mother choosing a future daughter-in-law. Nasir’s midnight phone call and Chandra’s kiss come on the heels of all of this, a bizarre romance that feels…human, to be sure, but marks a sort of death in this story. It may be the death of the case for the defense, it may be Nasir’s death in prison, it may be the death of Chandra’s job at Allison Crowe’s law firm, it may be the death of the partnership between John and Chandra, but it will be, in no certain terms, ordinary.