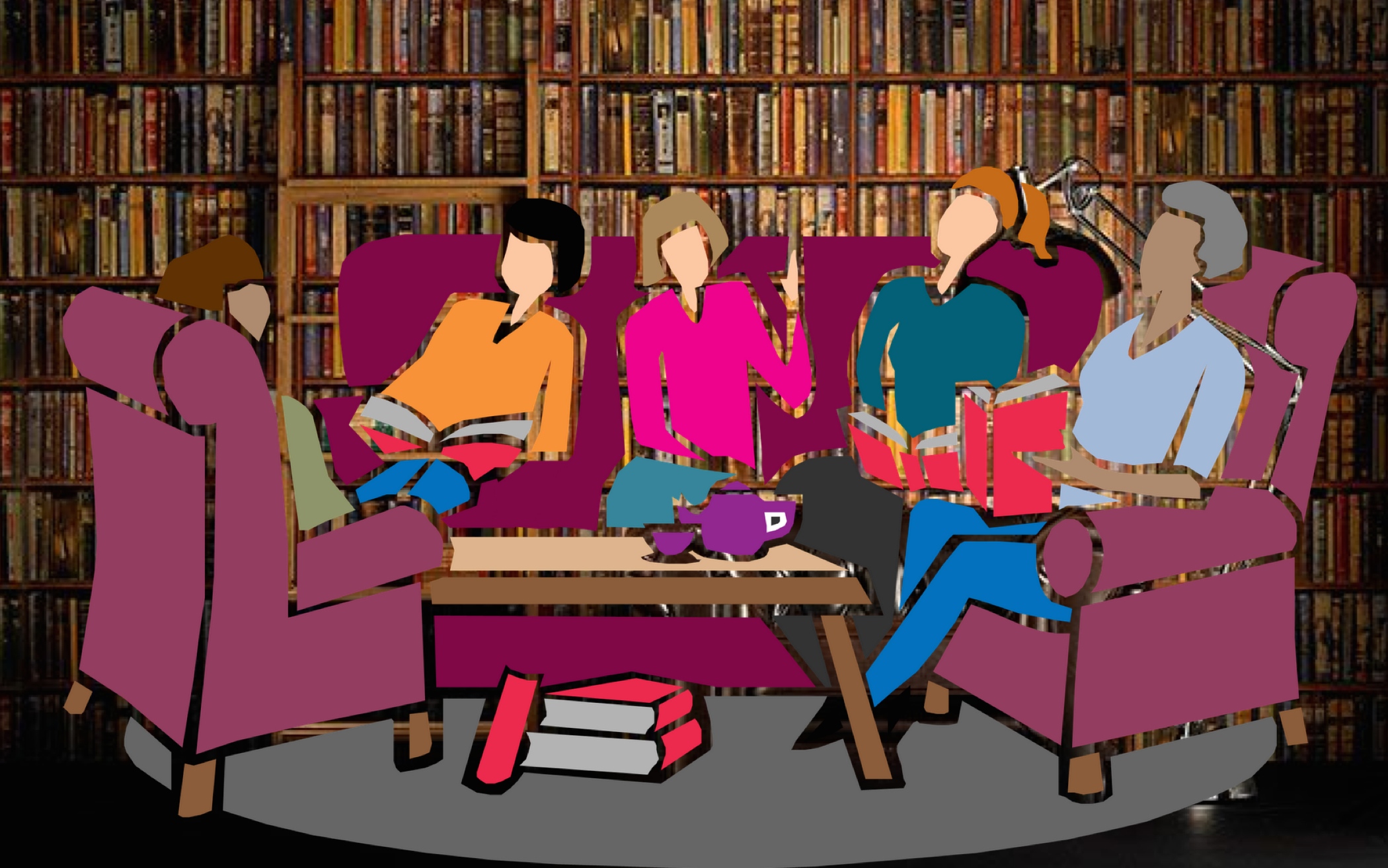 Five women with a shared love of reading fiction came together just over a year ago. Our purpose: to enjoy the camaraderie of discussing books, to encourage the exploration of works we otherwise might not have read, and to have an excuse to get together once every one to two months. This is our story so far….

We began with The Goldfinch by Donna Tartt. We all agreed that it is a tough slog, especially in the middle, though two of the five of us liked it by the end. Most of us wouldn’t have reached that end if not for the book club. Still, it was a #1 Best Seller and won the Pulitzer Prize, so it was clearly a Serious Book about Life and Art.

Next up was The History of Love by Nicole Krauss. We had a bit of a mixed reaction to this one too, though on the whole, it was more favourably received by the group. A story of love and loss, curiosity and constancy, and the seemingly coincidental intersection of lives, this book facilitated a great deal of conversation about how a single event can change the course of an individual’s life. It encouraged us in the choice of our next book….

Kate Atkinson’s Life After Life, which explores the consequences of multiple “do-overs” and the impact a single shift can have on the lives of both the individual and those around him or her. This one was an easy read and lead to lots of very interesting conversations. Our next get-together was to watch the movie Sliding Doors in keeping with the theme.

The idea of the power of books was an idea considered in our next choice, The Little Paris Bookshop by Nina George. A thoroughly enjoyable book, the characters were engaging and the descriptions of the French countryside and the food were delightful. Most powerful, however, was the journey the characters took emotionally as they travelled from Paris to the south of France.

In the spring, four of us went to a fundraiser where Elizabeth Hay was discussing her book, His Whole Life. This coming of age story is set against the backdrop of the Quebec referendum on sovereignty. The debates around this, as well as Canadian history and landscape, are intertwined with the plot and character development. A hugely enjoyable and thoughtful book.

Our next two books provided an interesting insight into some different preferences among group members. Two of us loved Lawrence Hill’s discussion of belonging and immigration, prejudice and tolerance, family and perseverance in The Illegal. The others, while agreeing that it is a terrific story with timely and important themes as well as being an enjoyable read, felt some (all?) of the ends were tidied up a bit too neatly. The same two of us enjoyed but did not love My Name is Lucy Barton by Elizabeth Strout, a book that explores the life and character of a woman through her reminiscences about her past during a period when she was recovering from a serious illness. There really was not too much that was tidy in this book, which may have been the point. The reader was left to form their own opinions about the significance and meaning of various events. It became clear that two of us are “narrative people” while the other three, who thoroughly enjoyed Lucy Barton, are “more about character”, a difference in perspective that makes the discussion that much richer.

Along the way, in addition to our chosen Book Club Selections, we have provided many recommendations to each other about books to explore. These have included :

Next up is The Lake House by Kate Morton. Stay tuned to find out what we thought.