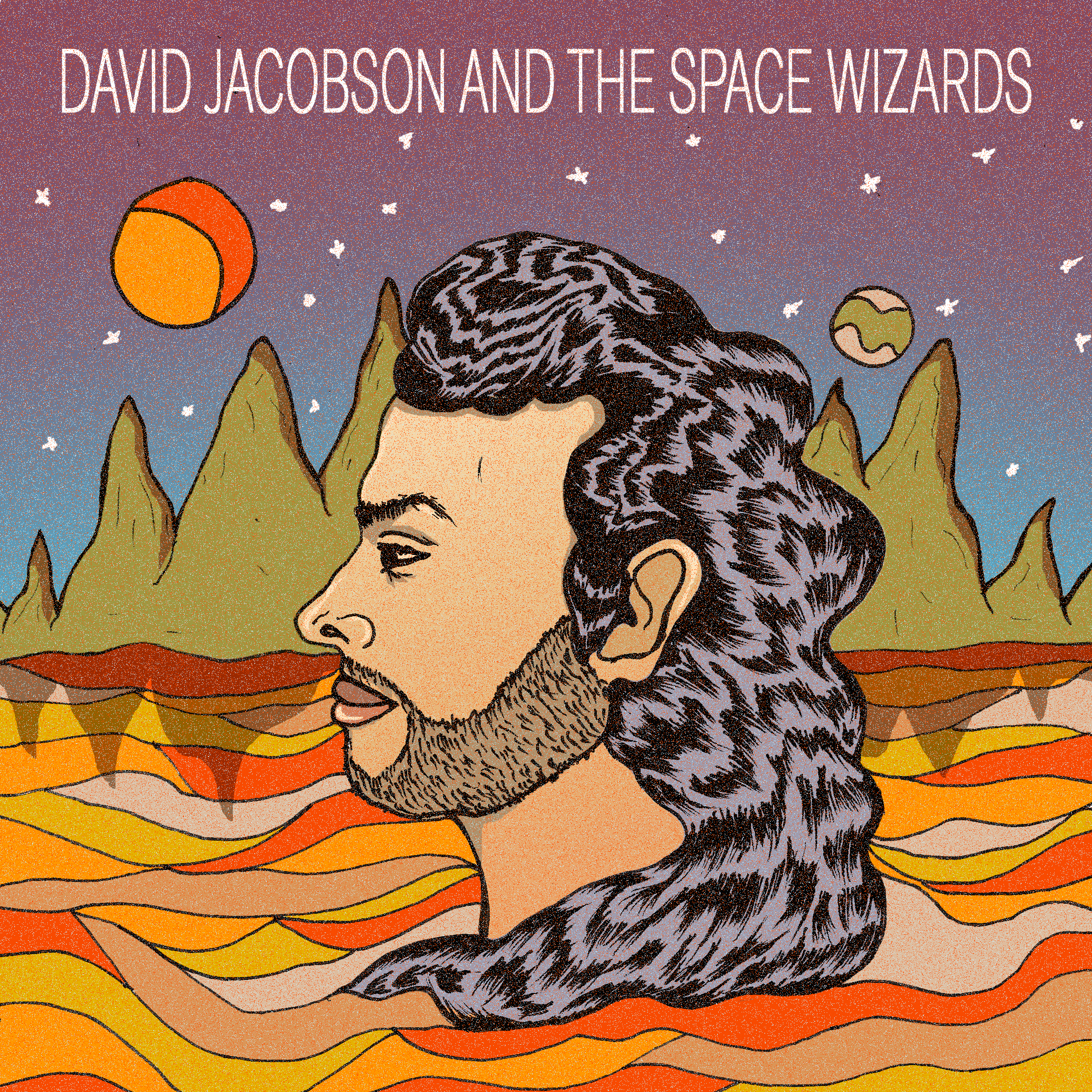 David Jacobson and the Space Wizards are based out of Brooklyn, New York, with a track record of playing around town at clubs like Palisades, Sidewalk, Pete’s Candy Store, Pianos and Bowery Electric, among others.

David has a string of indie releases to his credit – this is his latest EP with the Space Wizards line-up. The new EP is eponymously titled David Jacobson and the Space Wizards; it seems like an appropriate name for this collection of spacey, laid back psychedelica.

The singer/songwriter’s promo talks about his influences in 1960’s and 70’s rock but you wouldn’t need liner notes to pick up on the obvious groove. Overall, David’s got a nice ear for a melodic hook and catchy song structures that stick in your head.

8am leads off the EP with a trippy groove and swirling guitar lines, the vocals meandering in a melody above it all. The track has a nice sense of momentum and a vintage feel that doesn’t feel forced. Lyrically, David mines the universal love philosophies of his chosen period. The Seeker goes philosophical with the guitar line on permanent overdrive. It’s a kinetic approach to guitar that works well with the song.

He’s aiming for a nice, clean production that lets the music seduce the ear with its languid, hippie groove. There are many who have gone down the path of psychedelic 1970’s style rock and while it is sonically familiar, the fluid, melodic guitar work is David’s distinguishing characteristic.

The other characteristic element of their sound is the distinctive quality of David’s vocals – and in that, something of a double-edged sword. He gets a certain raspy quality and an inflexibility that may be a stylistic choice, but inflexible can be limiting too. Harmony vocals here and there might add a more interesting texture.

While most of the songs occupy that well-worn territory somewhere between vintage psychedelica and classic rock of the 1970’s, other influences come into the picture. Her Smile slows down and adds a more prominent synth line and Goodbye has element of classic British rock, with the emphasis on melodic virtuoso guitar. Justine has an appropriately romantic/anthemic groove that’s livened up by country-style guitar line.

If stylish and accomplished hippie music isn’t a contradiction in terms, that’s where I’d file David Jacobson and the Space Wizards.

The new EP will be available on soundcloud and bandcamp on July 3, 2016 and later on iTunes, Spotify and Pandora – check his website & Facebook for updates.