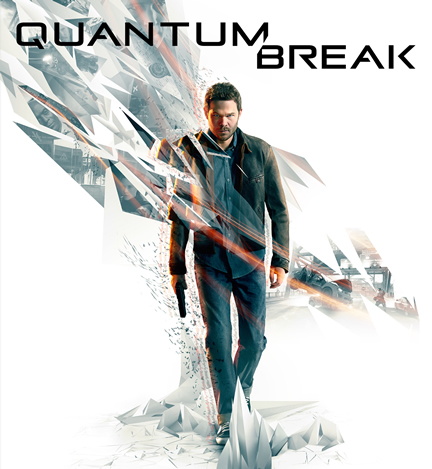 You certainly can’t fault Remedy’s Quantum Break for trying out something a bit different. The whole idea of a hybrid video game/TV show should provide an interesting new take on the broadly defined action/adventure genre. The novel format suggests a new sense of immersion, with computer-rendered mo-cap performances interspersed with the genuine article in a way which makes the action seem more relatable and more realistic. Alas, perhaps the reason this has not really been tried before (with the exception of games such as the live-action infused Command & Conquer series) is that players do not really want their precious gaming time broken apart by the sort of mediocre television that you’d probably find in the lower reaches of your cable box’s channel guide. Add to this some tame, uninspiring, at times-frustrating and totally unremarkable gameplay, and you have a title that fails to rise above the uninspiring and forgettable selection of games that came before it.

From the developer of previous title such as Max Payne and Alan Wake,Remedy’s Quantum Break follows the story of Jack Joyce (Shawn Ashmore – Jake from Animorphs), an ordinary everyman sort of character, as he seeks to undo a fracture in time caused by a failed experiment involving a time machine. Along the way, he is opposed by ‘Monarch Solutions’, a large and clearly malignant corporation headed by his former friend Paul Serene, played by Aidan Gillen (or Littlefinger from Game of Thrones), who seeks to thwart him in his efforts. Along the way, Jack is assisted by Beth Wilder (Courtney Hope), a Monarch double-agent, as they aim to prevent the fracture gradually leading to the ‘End of Time’. To say the plot is a bit hokey would be a significant under-statement. Taking a while to even get going, the story primarily revolves around aforementioned characters running around from place to place with very little reason given as to why. Along the way, significant details of the plot can be revealed through reading a huge (honestly, HUGE) number of open laptops, documents and other forms of script. This, of course, would be fine if any of the characters were in any way interesting. Jack Joyce has virtually nothing of note about him whatsoever, and other seemingly villainous types such as Monarch CEO, Martin Hatch (Lance Reddick) are so poorly developed that their intentions remain a mystery right up to the final credits.  From the developer of the much more enigmatic and cerebral Alan Wake, I had expected much more.

In addition to the in-game performances, Quantum Break’s much-hailed full episodes make an appearance after each ‘act’ of the game, following the story of a group of similarly uninteresting employees working for Monarch, with a storyline intertwined with the main plot. Here, again, characters are under-developed and the acting is almost comedic ally hammy. The player does have the option of making decisions in the game which do affect the running of these separate episodes, but never in a meaningful way. Aidan Gillen is the only real exception to this, playing a conniving and serpentine character in a way that only he really can. Otherwise, I found myself dreading the inevitable episode which follows each of the game’s chapters, willing each to end so I could, you know, actually play the game. Though it is possible to skip these episodes, the game would otherwise last only five or so hours, and the plot would make even less sense, making each episode feel like a necessary chore.

Aside from the live-action episodes, the gameplay too is nothing to write home about. Consisting of a series of set combat sections separated by tedious platforming, the focus of the gameplay lies in the player’s ability to utilise Jack’s ‘Time Powers’ – essentially generic superpowers with the word ‘Time’ added as a prefix. Such moves include ‘Time Dodge’ (which allows you to dodge bullets and briefly enter Remedy’s signature bullet-time), ‘Time Shield’ (a small shield which briefly stops bullets), ‘Time Blast’ (a time – grenade?) and Time Vision (seriously?).  The gameplay can be fun, at times, as all the abilities can be used to take down multiple guards with ease. However, weapons don’t nearly have the same oomph as Max Payne, with almost no satisfaction to be gained from individual kills. The moves also have no real progression, with an incredibly generic ‘upgrades’ list in place consisting of three upgrades a pop, making each unnoticeably but apparently slightly stronger. Supplementary to the combat gameplay is a series of thoroughly tedious and laughably simple platforming puzzles, made only the more tedious by an annoying habit of Joyce not to climb onto ledges and a lack of information on where to go, at times followed by insta-death and a necessary return to the checkpoint you passed 5 minutes ago. Indeed, the platforming just feels like another opportunity for you to read some more of the multitude of text on offer, as well as a good way of padding out the game’s meagre content. In all, it does nothing to augment the experience.

In sum, therefore, Quantum Break is a thoroughly disappointing title from Remedy. Although worthy of at least some token credit for trying something different, Quantum Break nevertheless falls quickly into the realm of the unremarkable and generic, bundled with a live-action element akin to scenes from a slightly higher budget than normal daytime TV drama. The gameplay, at times, hovers around the ‘somewhat enjoyable’ mark, but is routinely blown off course by dull platforming sections, gradually moving into a respective and unsatisfying space as time goes on. Indeed, it is unlikely that this series has any real future. Perhaps it is better left in the past.