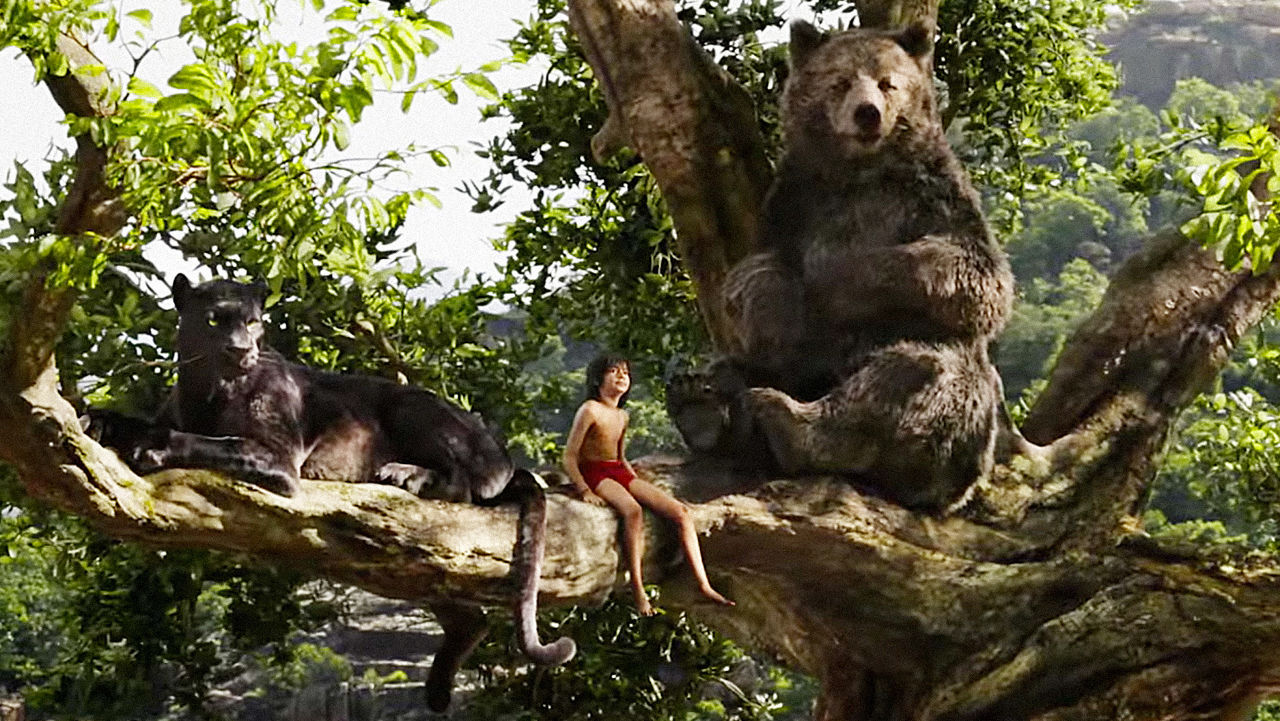 The Jungle Book is probably the most out and out successful of the recent string of “Let’s Remake A Classic Disney Movie to Try and Wring More Money Out Of It” films.

Which isn’t meant as a knock against it (I’m all for commercial concerns leading to creative success! I love Marvel Movies) but a lot of the Disney live action features have fallen short of the mark. They’ve felt joyless – or unoriginal – or weird. The closest to good ones (in my opinion, Maleficent + Alice in Wonderland) were weird takes on existing material, more than out and out remakes. Make no mistake – The Jungle Book is an out and out remake – the product of a desire to translate the moments we loved in animated form into blisteringly realized live action.

And yet it is so unbelievably beautiful and fun. Jon Favreau, who not coincidentally directed the first of the Marvel tentpole movies in Iron Man, brings such a gorgeous pallet and sentimental eye to the material, really delving into the loneliness, beauty, and joy inherent in Mogwli’s story. Favreau is obviously a gifted visual filmmaker, that much has been obvious since his early success with Zathura, but he really excels at imbuing emotion into his scenery and action pieces in a way that feels authentic and moving. If you didn’t cry at least once during Mogwli’s journey, then you’re probably an asshole.

I could list all the amazing visual work (and seriously Bageera’s hair looked more real than my ACTUAL cat’s) but instead I’ll praise the voice work of one Mr. Christopher Walken. Not exactly the most incognito voice to begin with, here Walken’s staccato baritone perfectly captures the greedy exuberance of the Gigantipithicus, King Louie. Erasing the usual colonialist overtones of the piece (more on this later!), he instead crafts another in a long line of schemers whose charisma just barely falls short of their ambition.

And a giant thumbs up for the “introducing” Neel Sethi – whose performance is kinetic and fun, and rarely falls into the same traps that doom other child actors.

There are weaknesses in the piece – moments when Sethi falls short of what is asked of him, some slightly icky sexual politics when the only two female characters are literally a mother and a trickster sexy snake – but overall Favreau and his team of ridiculously talented animators are bringing everything great from the original cartoon with little of the source material’s flaws*. If all the upcoming Disney remakes (and I’m looking at you, Beauty and the Beast + Mulan) can be this good, I might stop being so snarky.

*I didn’t delve overly into the colonialist and racist implications of both the source material and the original cartoon – because frankly I would have had to write faster to make that “HOT TAKE” and also because better educated people than me already have – and also because Favreau + team mostly sidestep these issues.