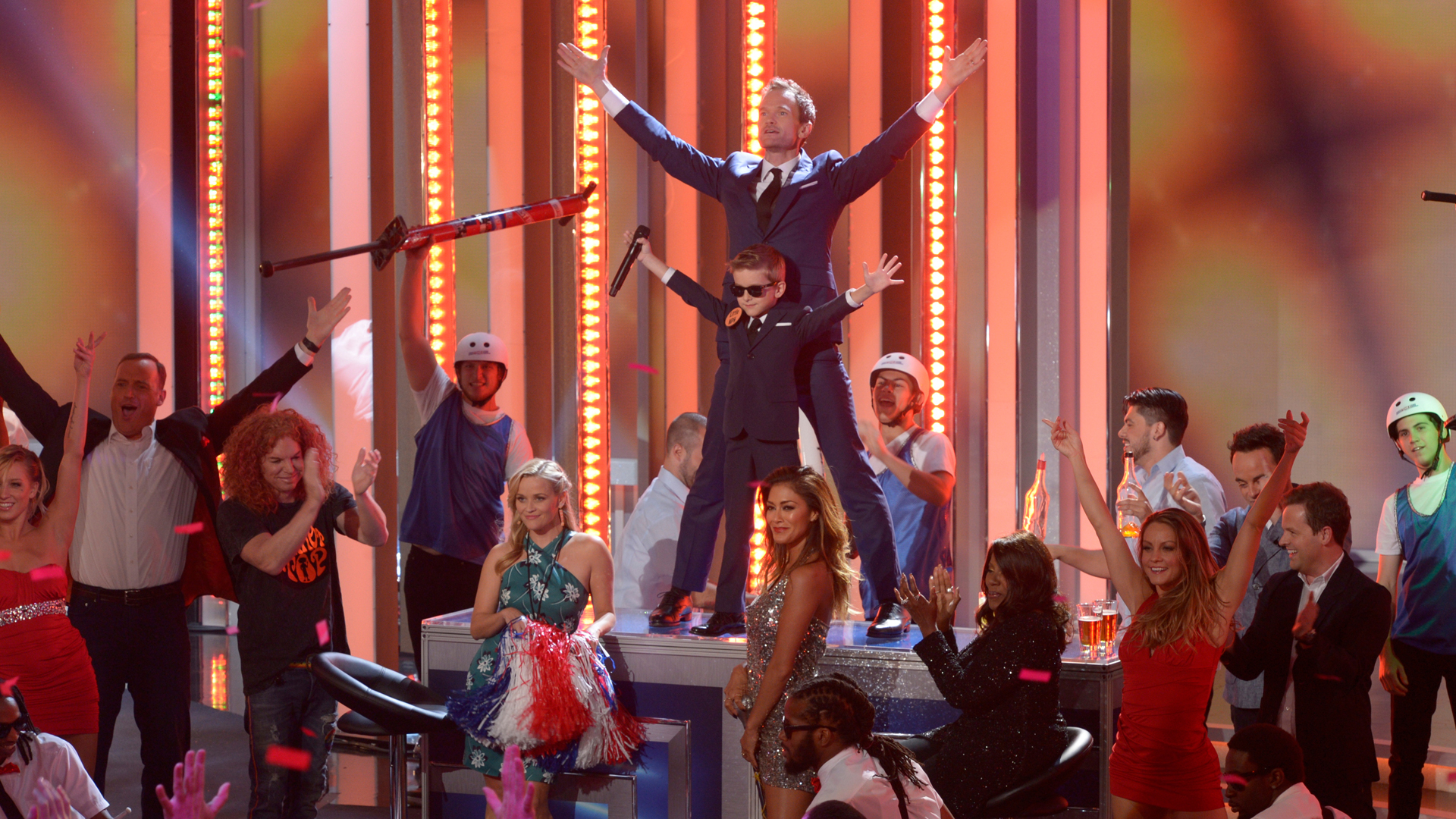 I really wanted to like Best Time Ever With Neil Patrick Harris, and I haven’t given up on it yet, but I found the pilot to be pretty disappointing. Because it was so high energy with a lot of big ideas, I think they’ll work out the kinks, but some of the segments just didn’t work for me.

Of course, Best Time Ever is the latest attempt to bring back the variety show. Adding NPH to the mix seems like the best idea ever. Harris is insanely talented, he draws you in, and as we all now from the Tonys, he’s a great host.

Best Time Ever had a number of sketches and pranks. NPH first went to random audience members and told them he knew their random secrets. He then called a couple up and revealed that he’d been stalking them. He was at their hotel, he was at the football game they went to, and, yes, he was even at their wedding, photobombing their wedding pictures, sticking his finger in their cake, and rolling around in their bed at their hotel. It was nuts.

And a great portion of Best Time Ever actually involved the audience. There was also a karaoke segment where Harris revealed there were cameras in people’s homes and had them do karaoke, which would have freaked me out. And there was a trivia segment.

The segments with Harris knowing people’s secrets, showing up at a couple’s wedding and setting up cameras in people’s houses made me kind of uncomfortable. That said, I do think involving the audience makes it more fun for people and they had some cool prizes for them.

There were also some celebrity segments. Nicole Scherzinger will be working with NPH throughout the season. Reese Witherspoon, meanwhile, was the first celebrity guest announcer and did an insane obstacle course with NPH, which she didn’t seem to have signed up for, that Matt Iseman announced. Carrot Top was also randomly there, Gloria Gaynor sang, and Harris had a mini-me following him around.

And, of course, Harris from NBC’s Best Time Ever paid a trip to NBC’s The Voice. He played a cute prank on the coaches and Carson Daly, but it was pretty predictable.

Overall, I found Best Time Ever to be a bit lackluster. My expectations might have been a bit high since I’m such a big NPH fan, but it just seemed all over the place. I’m not giving up on it though.