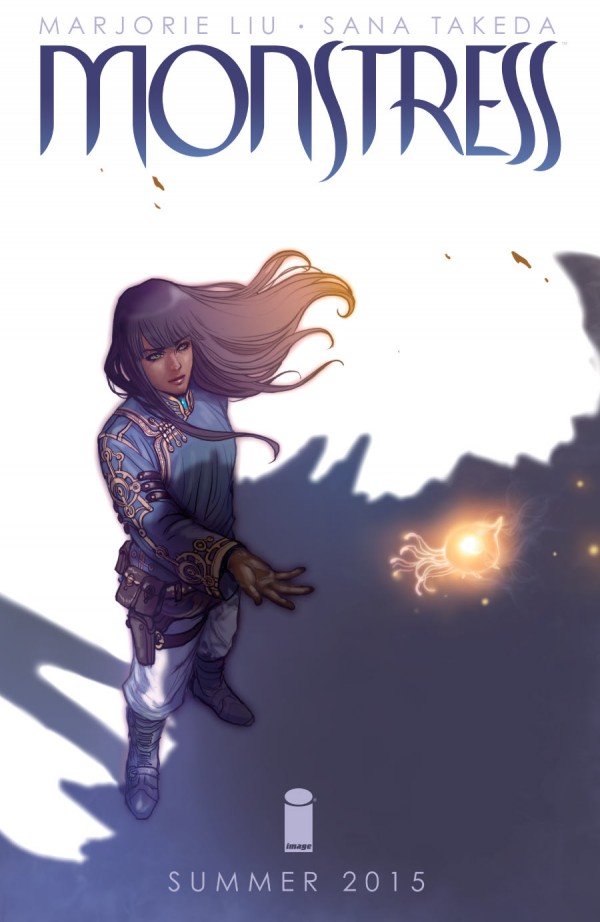 Image Comics: Where Creators Own the Mainstream was the first of five panels showcasing creators of Image Comics publications at this year’s Comic-Con International: San Diego. Moderated by David Brothers, Branding Manager for Image Comics, this panel was a comfortable introduction to a number of highly imaginative titles. By presenting so much variety in one session, it was particularly easy to see the advantages resulting from the publisher’s creator-owned philosophy. Unlike companies producing decades-old intellectual property, harnessing the passion of creators seems to infuse new titles with crackling, contagious energy.

The panelists each spoke about their respective series, which included attempts to assign genres to those works – an entertaining exercise that effectively articulated just how different Image titles can be from other comics out there.

Michael Moreci, writer of Roche Limit, set his story in a space colony into which humans have imported all of Earth’s problems and there are other mysterious forces also in play. He describes the series’ genre as a horror sci-fi hybrid.

Alex Grecian, writer of Rasputin, which I reviewed last November, originally conceived his supernatural historically-inspired fantasy story as a novel but when he mentioned the idea to Riley Rosmo, the artist said he would love to draw it. A very special comic book universe was born. A new story arc recently began, extending the myth and legend of the Russian mystical faith healer into the modern era.

Chip Zdarsky, writer of Kaptara, identifies its genre, simply, as “He-Man”. The basic idea hearkens back to playing with a wide array of action figures and indiscriminately mashing up characters from different cartoon television series the way creative children are wont to do. The comic puts all of those different sorts of miscellaneous personalities onto a single planet in a science fiction setting. The results are bizarre and hilarious.

Keenan Marshall Keller, writer of The Humans, describes the series as 1970s ape-sploitation. It involves motorcycle gangs of apes heavily involved in drugs, violence, and other mature activities. He joined forces with artist Tom Neely through attending smaller conventions better attended by creators than fans – “One night, drunk at a bar, I just told him this idea I’d had for, like, fifteen years… and the next day he had drawn fifteen images of apes on bikes and beating each other, so from there it was just a given we were doing it together.”

Marjorie Liu, writer of Monstress (which had its release date moved to this November), started with an idea that came to her while visiting Toho Studios during a trip to Japan. She was posing for photographs with a statue of Godzilla, thinking it would be cool if Godzilla was smaller and her friend. From there, she developed a concept set in the 1900s, in an alternate Asia, where a young woman who has a psychic bond with a monster – and the bond itself is changing her in terrifying ways, making her monstrous. When Marjorie was asked to elaborate on the genre, she classified Monstress as fantasy – specifically steampunk meets kaiju meets yokai. The spelling of the title was born from the desire to play with monster tropes and approach them from a feminine angle. And because the first part of the story didn’t naturally suggest ways for it to be segmented, the first issue of will be almost seventy pages long.

Kody Chamberlain, artist of Punks, said the comic started almost as a creative challenge to contradict the assumption that comics need to be drawn. The resulting visual elements are reminiscent of punk rock flyers – a photo collage of repurposed images that are cut, taped, and only digitally altered in the final steps of the process. The absence of drawing in the process means he is able to generate approximately six or seven pages per day, a number that got incredulous gasps and laughter from most of the room, including his fellow panelists. He also spoke about a special issue of Punks created as a fundraising initiative for the Comic Book Legal Defense Fund. In that issue, every item in the Comics Code, as originally established by The Comics Code Authority in 1954 to regulate and censor the contents of comic books, is violated and the articles of the code are easily referenced via footnotes. True to its name, Punks delivers some anti-establishment ideas in a surreal and often brutally funny fashion.

Though I didn’t attend any other Image Comics panels during the convention, I’m glad I attended this one. I’ll admit to having a Torontonian bias to the work of Chip Zdarsky, but being introduced to some of the other series (I’m particularly excited about Monstress) reaffirmed my impression of Image Comics as a publisher of titles that really are breaking new ground. So, it’s very likely I’ll be reading more of them in the future.