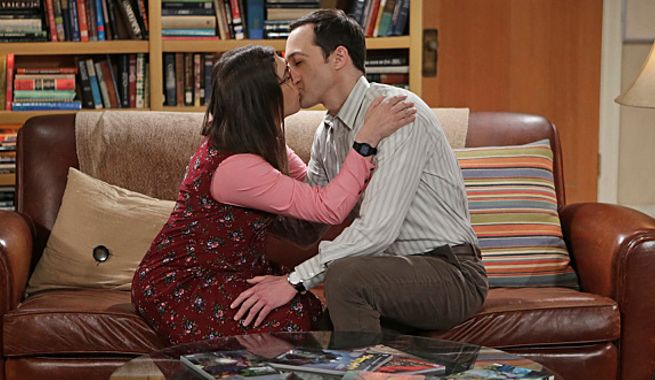 Spoiler Alert right off the top because this was the first episode of TV in quite some time that Facebook actually ruined for me the night-of (usually it’s more of a “this happened 3 months ago, at this point you deserve to be spoiled” kind of thing).

I fight with people about The Big Bang Theory a lot. People who haven’t watched it since the first season like to toss its name around as an example of low-brow CBS commercialism (how dare it be so popular!) but I think it’s actually solid oldschool sitcoming at a pretty high level. The Big Bang Theory is not reinventing the wheel, or even trying to, but it’s easy to care about these characters and I almost never end an episode without having let out at least one genuine laugh (which is far more than I can say for similarly uninventive but far more respected hits like Modern Family). The early seasons were admittedly rocky but the Big Bang Theory of today is not the show it once was and it’s time we stopped punishing well-executed CBS sitcoms for bearing the name of the man who inflicted Two and a Half Men on us. The annoying strategy of throwing a well-known name onto a new show as “executive producer” is creating all sorts of authorship mayhem, and I doubt it’s really fooling anyone (how many Breaking Bad fans are actually watching Battle Creek?). JJ Abrams has pretty much nothing to do with Person of Interest (he hasn’t had that much to do with anything on TV since Alias) just as Chuck Lorre is really not all that responsible for Mike & Molly‘s epic terribleness nor Mom‘s stealth excellence or Big Bang‘s reliable likeability. Showrunner Steven Molaro (taking over for creator Bill Prady), his writing staff, and the charming cast are responsible for Big Bang‘s reliable likeability and none of it should be associated with Two and a Half Men.

The moment when The Big Bang Theory changed from a tolerable and sometimes amusing show to a really pretty enjoyable show is as clear as the upgrade from Trapper to BJ– the promotion of the women. The evolution of Penny was helpful but it was really the additions of Amy and Bernadette to the cast that fixed things. Genuinely funny characters in their own right, Amy and Bernadette opened up the show to a whole new social dynamic (their girls nights are still some of my favourite episodes) while forcing the writers to come up with story territory for the boys that didn’t just include them being skeezy virgins who can’t relate to women. Instead of building sex robots, we got to see Howard fall in love (LINK to my favourite moment of the series so far) and deal with how that reality would permanently alter his crippling relationship with his mother (and the show finally stopped undervaluing the awesome Simon Helberg in the process). Instead of endless oneupmanship and “I don’t get sarcasm” gags (though there is a good one of those in the finale), we got to see Sheldon cope with his intimacy issues and begin slowly breaking them down (there’s a particularly moving episode when Amy uses the crutch of D&D roleplay to allow Sheldon some small insight into sexuality; I really didn’t know The Big Bang Theory was capable of that kind of poignancy).

It’s fitting that last night’s excellent finale was all about the relationships when they’ve played such a vital role in making the show better than maybe it should be. Leonard and Penny contemplated an impromptu Vegas wedding only to hit a snag when Leonard confessed to having kissed another woman while on a research trip (you remember, it was early last season, it was pretty inconsequential). This forgettable story will likely stretch into next season’s premiere since we left the icy lovebirds in the car still heading to Vegas but odds are they won’t go through with it. Howard and Bernadette teamed up to try and get Stuart to move out of their house. They were unsuccessful but it’s a rare treat to see them paired in a Raj-less story, showing off just how far Howard has come and how great they really are together. Raj meanwhile contemplated breaking up with his unlikely girlfriend because her dark side freaks him out, but then he got over it.

The real story belonged, as it so often does, to Sheldon and Amy who began the episode kissing on the couch. Their first kiss was such a big moment and we’ve rarely seen them do it since so this sudden level of intimacy felt out of place but it facilitated important character growth as Sheldon’s inability to mentally engage in the activity forced Amy to finally re-evaluate their 5-year relationship and ask (via Skype) for some space. The big twist came as Sheldon hung up the fatal call, reached into a drawer, turned to a figurine on his desk and asked “Gollum, you’re an expert on rings, what do I do with this one?”. It’s a cheesy line but Jim Parsons was fantastic in the scene, portraying with just the words “oh” and “okay” the strongest emotions this emotion-less character has ever felt.

When it premiered, the worst thing about The Big Bang Theory was the inelegant way it approached the characters’ love lives, making them laughable idiots whose lack of sexual success had turned them into dogs. In Sheldon’s case, romance was never an issue, which led to very few instances of genuine humanity since there’s only so many times he can feel vulnerable in his friendship with Leonard. But The Big Bang Theory is a better show now, it’s a good show (though I would never argue a great one) and the mature relationship-focused storylines and genuine character growth found in episodes like last night’s season eight finale are the reason why.

Season Grade: B
Finale Grade: B+