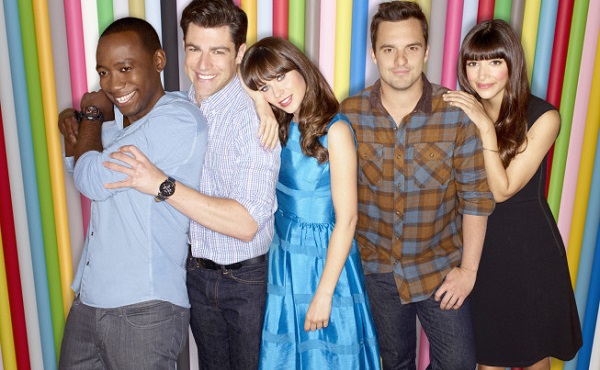 FOX’s beloved hipster comedy once reigned as my favourite show on TV, without competition. In 2012- the year that encompassed the last half of the first season, when the show really hit its stride, and the first half of the second season, when it really took off- it nearly swept the My TV Awards, winning Best Comedy, Best Writing (“Secrets”, still one of my favourite episodes), Emerging Artist/Best Actor (Jake Johnson) and Best Actress (Zooey Deschanel). But I have to admit that I’ve loved it just a little bit less of late. Okay, a lot less; it’s never not been charming but the magic really felt like it left the show around the time of Jess and Nick’s “conscious uncoupling” (Quick Aside: this is not a universal reaction; Rachael actually really likes the show’s post-Ness evolution. [Quick Aside to the Aside: did people ever call them “Ness”? I’m kind of digging it].). I love Damon Wayans Jr. but he’s never been as great as Coach as he was on the show that made him not be Coach for awhile (RIP, Happy Endings) and, while I enjoyed Zoe Lister Jones’ go-for-broke arc as “Fawn Moscato, City Council”, the Schmidt stories haven’t felt as fresh since we got used to his particular brand of Schmidtiness. The show never knew what to do with Winston and Cece, meanwhile Nick and Jess have been blowing in the wind.

But all of that seemed to right itself in last night’s fantastic season four finale, *Spoilers Ahead*, a half hour in which we said goodbye to Coach (he’s moving to New York to be with his cellist girlfriend), maybe to the possibility of more Ness (I’m going with “Ness”) and hello to a new phase for Schmidt and Cece. Not only was this one of those rare episodes that deployed Winston perfectly (100% of the show’s best episodes figure out what to do with that problematic character) but, in all three major storylines, it eschewed smart-aleck hipness in favour of genuine heart, which has always been the show’s stealth superpower.

Winston took the lead in Coach’s farewell storyline, forcing him to abandon his “Clean Break” rule and get sentimental about leaving the loft and his friends (again). The show has always seemed hesitant to pair these two characters, the obvious explanation being that they were never meant to co-exist. When Happy Endings got a surprise pick-up and Damon Wayans Jr. had to leave New Girl after the pilot, Lamorne Morris was brought in as his blatant replacement. Likely to avoid some of the “black men aren’t just interchangeable!” awkwardness, the writers created Winston seemingly in Coach’s reverse-image: the first is brash and over-confident, the second simpering and self-deprecating; the first is ultra-competitive and intense, the second peaceable and compromising; the first is unsentimental and straightforward, the second thinks the first should open his heart and make room for the glowing love of friendship by bringing the “Regis Pan” they bought together to New York with him, goddammit! When Coach returned to New Girl, he crowded the ensemble and Winston- who might as well have been named “Not-Coach” for all the actual development he got- was even further marginalized (though, for awhile there, New Girl was one of the most diverse TV shows on the air, which was pretty cool, though only if you’re counting series regular billing and not how well those characters were actually written compared to the white stars). But, seeing them together in the finale, it seems that there was actually a lot of story potential in the pairing of the prodigal pilot star and his awkward replacement. Winston’s entire personality may have been reactionarily created but the resulting unwavering optimism and sweetness is actually the perfect foil for Coach’s wounded alpha male bravado. It’s a pity that we’re saying goodbye to that balance mere minutes after it was discovered but hopefully it will bring Winston into focus and maybe open the door for more stories from the show’s most under-explored character heading into season five.

Meanwhile, our main characters somewhat refreshingly fell to the C plot of the episode with the majority of their story playing out in the final couple acts. Inspired by Coach’s minimalist approach to moving, the other men of the loft began sorting through some of their old belongings to see what they can live without (not much, it would seem). Along the way a mug was unearthed that once served as Jess and Nick’s “sex mug” (not as dirty as it sounds- they would just leave it out whenever one of them was in the mood, like a hybrid of the bat signal and a sock on the door). It’s then established through a combination of detective skills and cat selfies (aka the Winston cocktail) that said mug was left out the previous week, despite Ness having been broken up for a year. Nick says it was him but, of course, it was Jess and he was just covering for her because he loves her and they’re perfect and we all know how this is going to end. Some back-and-forthing reaches the ultimate conclusion of establishing that these two are totally still into each other though they let their brains beat their hearts and jointly decide to throw out the mug for good. But, because they’re endgame, they each separately get out of bed as though to remove the mug from the trash only to discover that the other has beaten them to it. Of course, the delightful episode tag reveals that it was actually Winston who took the mug (“it used to be a sex mug, now it’s a cat mug!” though I like to believe his hopeless romantic side played a part, not just his innocent desire to preserve functional drinkware) but we’re left with Ness, alone in their beds separated by just two doors and a narrow hallway, each believing that the other secretly stole the sex mug, likely reigniting a very similar dance to what we saw in season two- the whole “I feel like we’re on the same page with this but I don’t want to be the one to start something because we both know that, in a practical sense, this is a very bad idea” thing. New Girl was at its absolute best during this dance the first time around (best chemistry on TV, those two) so hopefully this too means good things for the season to come.

What definitely means good things is the finale’s major development- not only the reunion of Schmidt and Cece (after Jess finally spilled the beans on Cece’s feelings for Schmidt) but their engagement as well. That’s right, rather than drag us through old territory when Ness are likely going to be doing that all next season, the writers decided to skip a few steps and throw this “will-they-won’t-they” straight into “they did”, or at least right up to its door. I’m so on board. After so much back and forth, this relationship is so hard-won that putting them together for good feels not only rewarding for audiences but like the only real story territory left for these two (at least romantically, neither has been all that well explored professionally yet). After four seasons of relationship hijinks, New Girl is in need of some stability and a young engaged couple amongst the singles will add a new dimension (I’d like to point out that the finale of season four is the episode when Friends finally paired Monica and Chandler and subsequently never looked back). Schmidt and Cece are also the two characters with the strongest cultural backgrounds, meaning there’s a massive amount of story to tell in what will likely be a full season of wedding planning, especially once their meddling families get involved (both come from parents who are likely to launch into this at any moment; should be fun). The douchebag jar callback way the story evolved was a fantastic bit of fan service that was true to the characters- who they were then and who they are now- and as funny as it was sweet, making the big twist feel right, not just shocking. A wedding also means one thing- at some point, someone’s going to need to say Schmidt’s full name (I’m rooting for something completely mundane, like Joe).

I’ve been passively on the New Girl train for over a year now, riding along for the occasional great joke and out of fierce loyalty to the show that used to be zeitgeist-definingly good. Also because it was programmed in a block with The Mindy Project and I liked the double feature (please, FOX, save Mindy!) But this finale points to a brighter future ahead, in some ways a return to form (Ness!) and in others a bold stride forward. I can’t wait for September.

Season Grade: B
Finale Grade: A