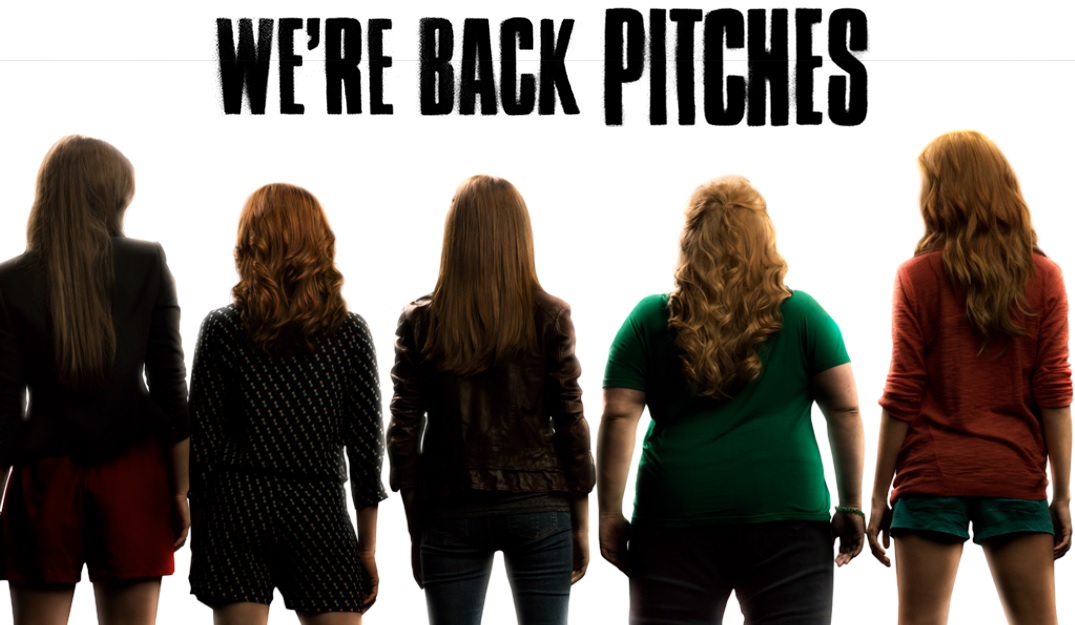 Comedy sequels are a tough bunch. The road is littered with sequels that tarnished the beauty of their original – Legally Blonde 2, Miss Congeniality 2, Being It On Again. Never is that more true than in the surprisingly good film, much like the above three, that exceeds expectations by being both female-targeted and on point –witty and lightly subversive.

So it is with great joy that I report back the utter success of Pitch Perfect 2. Far from a re-heated day old meal – or worse, a bloated pat on the back to successful filmmakers – Pitch Perfect 2 retains the joy of the original, the talent and thought that went into creating it, and just continues to tell a story of growing up set to aca-beats.

Elizabeth Banks, who takes over director duties as well as continuing her role as the saner half of the gleefully insane Aca-commentators, spreads joy and absurdity everywhere. A mid-movie reprise of the surprise hit “Cups” from the first film should feel self-indulgent, but instead feels like the emotionally nuanced nostalgia of seniors leaving behind their college lives.

Every where along the journey, the filmmakers made smart choices. The film follows the Barden Bellas as they attempt to overcome a disastrous appearance at President Obamas birthday dinner, which also sees them banned from US based acapella competitions. This effectively reset the stakes to those of the first movie, while also giving the girls something new to lose.

The movie is also smart by accepting that the end of college also makes these moments with the Bellas both more and less important. More important because of the glow of pre-nostalgia that fills much of senior years for those weirdos who finally found their home in college. And less important, because the real world beckons, even if it is a strange real world where music producer is still a viable career opportunity. This grounds the action with just enough distance to feel real, while also inviting the audience to join in on the low-stakes glee of a World Domination Acapella competition.

Plus this movie is freaking funny, squandering none of the goodwill built up by the first film. It’s a movie that is so well loved that it can make light racist jokes, and push them over the edge from offensive to amusing. It’s a story that laughs at its topic, while also adoring it.

The one minor caveat to all this is that I wish they’d left well enough alone with the vocals. Glee used to have this same problem – it would cast awesome singers and then autotune their voices into oblivion. It’s unnecccesary and distracting in a movie that is all about the joys of perfmoring.

And that’s it – Pitch Perfect 2 is that rare beast – the successful (financially and creatively) comedy sequel. And it provides the template for how other would-be franchises can follow suit.

That said – please do not make Pitch Perfect 3: Pitch Please!