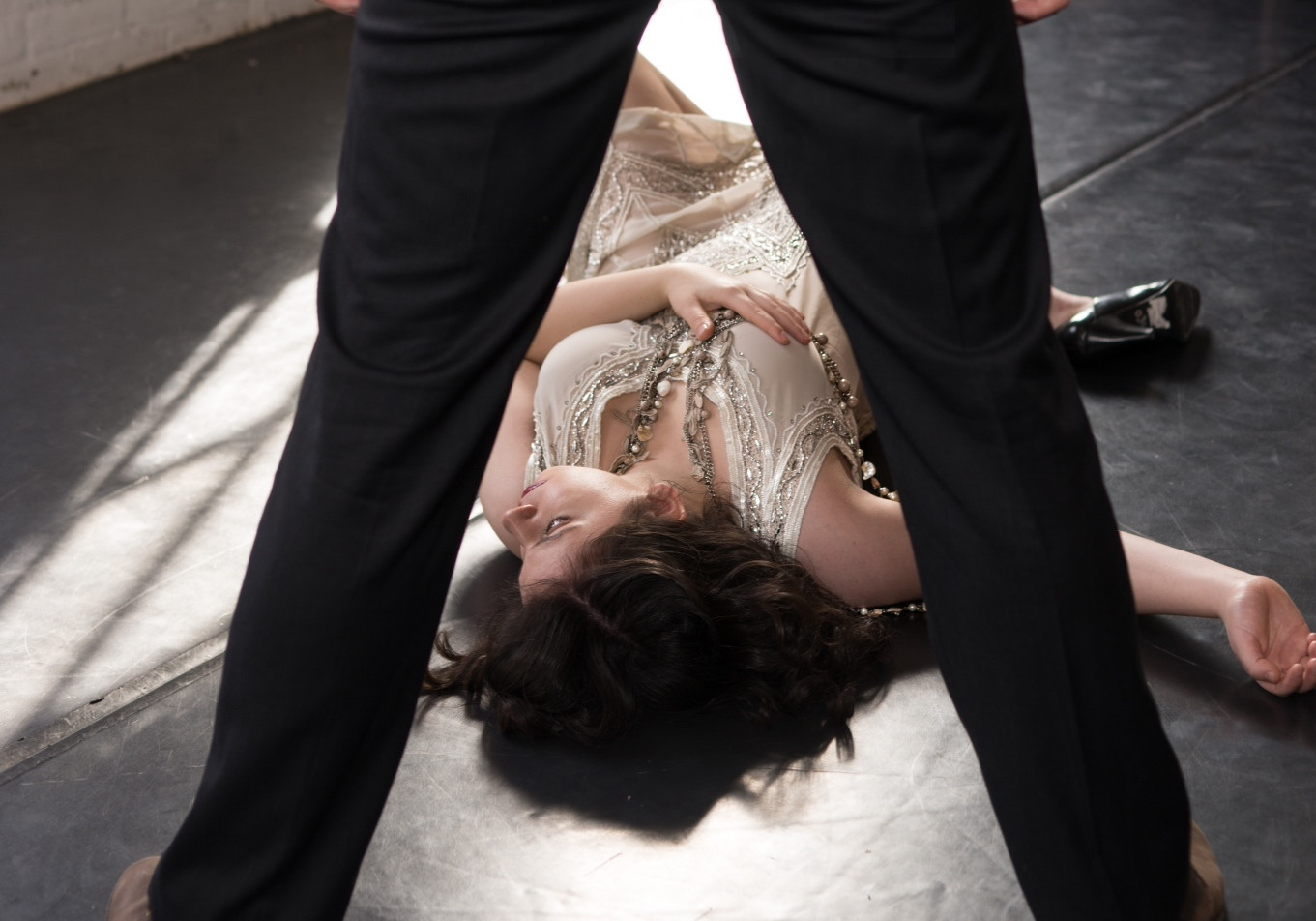 For 7 performances May 20-24, the Helen Gardiner Phelan Playhouse will play host to the inaugural presentation from Martha Rose Productions Inc., the latest addition to Toronto’s indie theatre community. The chosen text- the Canadian premiere of Neil LaBute’s Miss Julie, an adaptation of August Strindberg’s 1888 naturalistic masterpiece relocated to Long Island in the 1920s (in fictional context, just a few years removed from Gatsby’s occupation).

We spoke with Martha Rose’s Founder/Artistic Director Rafaela Lewis about the upcoming production, choosing this adaptation, and taking on the title role.

Martha Rose Productions is about encouraging young artists to take a proactive approach to their careers and create work that is exciting, challenging and relevant to them.

Give us a two-sentence pitch for your upcoming show Miss Julie.
Set on the eve of the stock market crash, Miss Julie presents a world of possibilities and ambitions. This new adaptation sets the action on Long Island, the idyllic playground of the wealthy, in the final grapes of summer: the house will be shuttered, people will soon return to their normal lives, and this last evening represents an opportunity to achieve the unthinkable.

What drew you to this piece and LaBute’s adaptation in particular?
My fascination with Miss Julie began about three years ago. In my second year at Atlantic, I put forth three pieces for my thesis: Venus in Fur, Miss Julie and The Heiress, and I was assigned The Heiress to conceptualize, direct and play the lead role in 20 – 30 minutes of scene work. Julie stayed with me, and I began to see many parallels between Julie and Catherine Sloper (the character I played in The Heiress). By the time the year was over, I was really itching to take on Julie.

When I established Martha Rose Productions, I thought Miss Julie would be the perfect fit because of the challenges it posed for the actors and creative team; a small, young cast; and the punch-in-the-gut feeling it delivers.

I read about 10 different adaptations/translations, but LaBute’s, which I read early on, stuck with me. Strindberg’s original work is a masterpiece, but I strongly believe that LaBute has enhanced it by setting the play on Long Island in 1929. Now, John has returned from fighting in WWI and is in fact, far worldlier than Julie. Also, there is an air of recklessness, youth and celebration in the piece, which contrasts beautifully with the impending Stock Market Crash.

Tell us about the rest of the cast and creative team.
Professor Pia Kleber (former Director of the UofT/University College Drama Program and Helen Gardiner Phalen Chair in Drama) put me in touch with two of her former students: Tim Chisholm and Trevor Jablanowski, who are Founding Members of Shakespeare at Play. We shared very similar artistic ideas and goals, and it was obvious to me, very quickly, that were the perfect team to head up this production with; they signed on as Director and Co-Producer, respectively.

When it came to casting John and Kristine, we three agreed that because the play is so reliant on chemistry between actors, that rather than going the traditional audition route, we’d compile a shortlist for the roles and workshop the text up on its feet, with me playing opposite as Julie.

As a result we cast Ryerson Theatre School Graduates Dan Mousseau as John (credits include Hamlet for Shakespeare at Play) and Jade O’Keeffe as Kristine (credits include 4th Line Theatre and Music of the Night: A Tribute to Colm Wilkinson).

How does this production compare to other versions of the play we might have seen?
In addition to the new setting and period of this production, Our Miss Julie’s casting is age appropriate. Julie is 25, and often she is not cast that way. Tim’s vision plays on youth with a vision of “while the grown-ups are away, the children will play”, that allows the action to unfold in a genuine and exciting way.

Additionally, Miss Julie is seen as a key play in the Naturalist movement. LaBute breaks from this very realistic style right off the bat by introducing projects. We are taking this a step further and exploring in all aspects of the show’s design, where to embrace the 1920s period and where to break that realism.

Without giving away any spoilers, LaBute’s adaptation has the most powerful and terrifying finale of any version I have read.

Where and when is the show playing? How can we buy tickets?