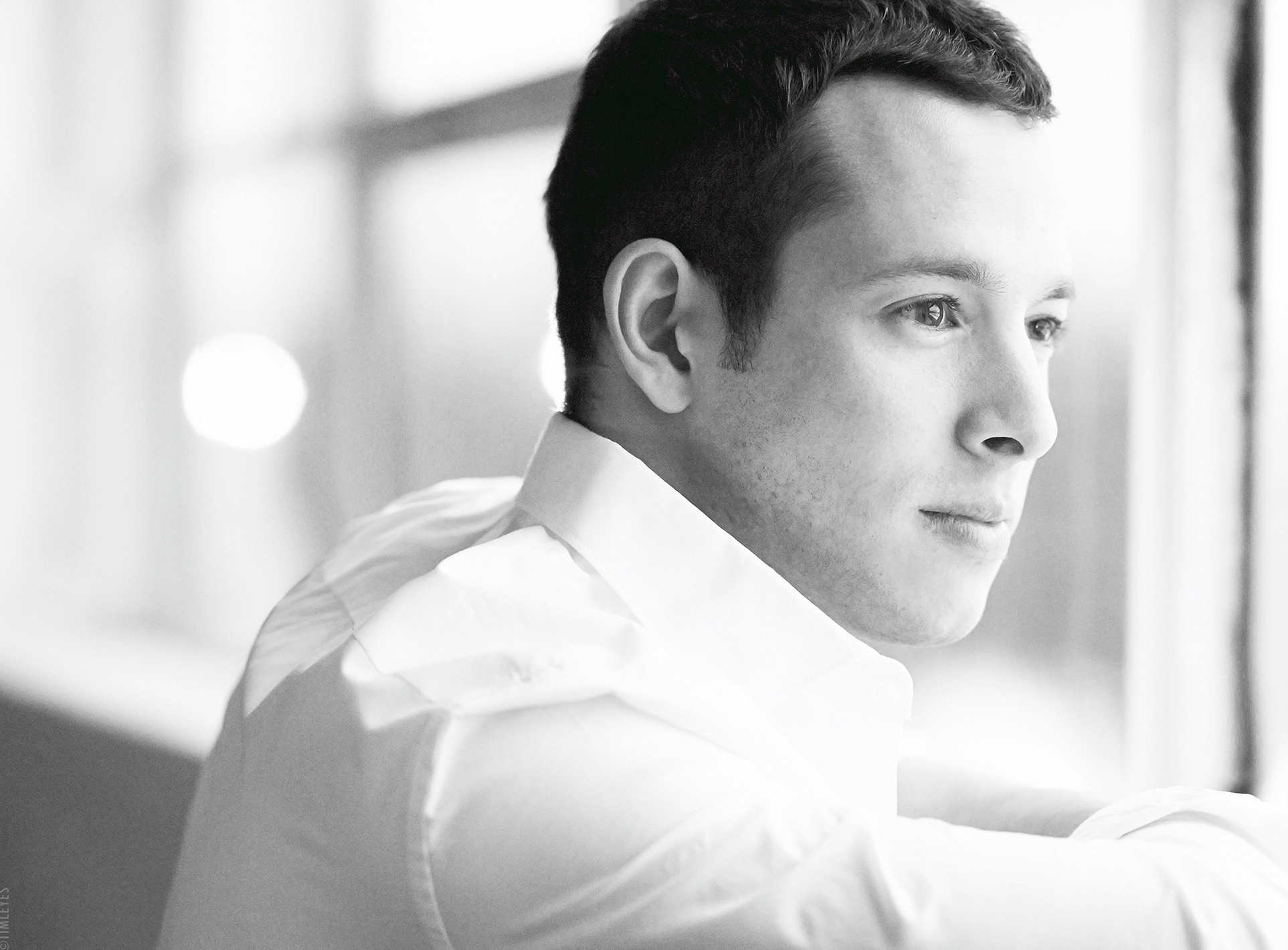 Nominated last year as part of the York-trained ensemble for the RESISTIBLE rise of arturo UI, Mishka Thébaud grabbed the spotlight this year with one of the most commanding and charismatic performances in recent indie theatre memory.

As the mysterious Spinx in Seven Siblings’ production of the confounding dystopian drama Mercury Fur, Mishka easily earned his Best Supporting Actor nod and a spot in this year’s Nominee Interview Series.

Can you remember the first theatre production you ever saw?
Well, having grown up in Haiti until the age of 19, I actually hadn’t seen a live theatre show until I moved to Canada. It was my first year at York and I was given an assignment to go out and see one show, then review it. I ended up seeing Antigone at Soulpepper Theatre and I do remember enjoying it.

When did you know you wanted to be an actor?
I didn’t know for sure I wanted to be an actor until around my second and third year at York. That was when I started to believe I could definitely do this for a living. It had been there in the back of my mind for most of my life but I never really knew if I’d actually go after it. But once I decided to give it a try, I just fell in love with it, and at that point it’s pretty difficult to give it up.

Tell us about your experiences in theatre school at York.
Well it was a mixture of no sleep, living in a studio with your classmates and rolling around on a fairly dirty floor making odd noises…. but, no, I actually gained a lot from my training there and definitely learned how to begin honing my craft. I made a lot of breakthroughs there as an actor and I’m grateful I did.

With your graduating class, you were a part of last year’s My Theatre Award-nominated ensemble of The Resistible Rise of Arturo Ui. What did you take away from that production and experience?
That production was a pleasure to work on, especially getting to join my classmates once again after graduating. I just had fun throughout the whole process. I mean that has easily been the best experience for me in a show thus far. After those long years of consistent training and finally being out with no teachers around to make you feel like you need to impress them, all of that just made the show very refreshing. It reminded me of why I’m pursuing a career in this department. It brought the joy and fun back to my work.

What’s your favourite role you’ve ever played?
I’d have to go with Givola from The Resistible Rise of Arturo Ui because of how challenging this character was to tackle. I mean he’s based on a Nazi member who’s got a crippled leg and our director, Ted [Witzel], wanted me to have the highest pitched voice I could muster up along with a New York accent. Bottom line is, I had my hands full and it was definitely the most satisfying of roles to get down.

Do you have a dream part you’d like to play one day?
I’m not sure about that, there are many parts I’d love to play. If I think off the top of my head, I guess playing in something that’s based on a true story would be exciting. It would definitely be fulfilling to play someone who has been a historical figure, good or bad. I mean, I do like dark characters, and think it would be fun to tackle a serial killer role or even the cop trying to take him down. I’m just chasing the dream of being a successful working actor, I’d be grateful for any role that comes my way.

Which directors and actors have had a major influence on you throughout your career?
Well that’s an easy one for me, Al “the Godfather” Pacino. That man is a big reason for why I choose to pursue this bizarre and yet wonderful profession. As for directors I’m a big fan of the legends like Martin Scorcese, Woody Allen, Sidney Lumet and Quentin Tarantino.

How did you get involved with Mercury Fur? Were you familiar with the play and its unique style?
I got involved with Mercury Fur because a friend of mine, Eric Rich, who played Lola in the show told me I should audition since I would be a good fit. So I took his word for it and gave it a shot even though I had no idea what kind of play this would be. I definitely wasn’t familiar with the story or it’s style, but I was intrigued.

Tell us about your character of Spinx. He’s a fairly ambiguous figure in the text; how much of his backstory did you develop in preparing for the role?
I created a fair amount of backstory for Spinx, but I did find a lot of it there in the text. The characters mention him many times before he even makes his first appearance and all of that helped in giving me a clear picture of the character. Spinx also speaks about his past with the group, and that was really what solidified my view of the character, as well as my choices. But yes I did expand on his backstory outside of what was provided in the text.

Spinx’s language is very specific- quick, strong and profanity-laden. Was there a trick to making it feel organic?
No, No trick. As an actor you want everything you say to have meaning behind it, otherwise it’s lost. So once you figure out why you’re saying this line, if the reason is clear to you, then it’ll come out organically.

What did you bring to the role that was unique from other interpretations?
Well, luckily I hadn’t seen any other interpretations of this role and so that made it easier for me to make it my own. I do think it’s easy to just make this character someone who’s mean and angry all the time. So I tried to put in as much vulnerability and depth as I could to this character. No one is just mean and angry, there’s always more to it. The more I worked on the character the more I realized how much he cared about those who were closest to him. That’s his family and they do bring a soft side to him. But he also feels a strong sense of responsibility to them, and his way of showing he cares is often by being tough.

What are some of your favourite moments from the production?
Any time Lola made an appearance on stage led to some entertaining moments, that’s for sure. No, but my favourite moments were in rehearsal whenever we would run scenes and I could just play with my cast mates. They were a fun group to work with and that was definitely the best part of this project for me.

Mercury Fur can be a fairly controversial play. What were some of the strongest reactions you got from the audience?
Well, I do remember one or two people walking out in the middle of the show, and I get it. The subject matter and use of language definitely makes this play controversial and it can make things uncomfortable, especially given how polite Canadians tend to be. When I spoke to people after the show, I’d often hear that they were uncomfortable with the profanity in the text. I’m sure there were more reactions I’m unaware of, but people I knew would definitely seem a bit distraught after watching the show.

What are you doing now/ what’s your next project?
I’ve been interested in getting into voice-overs for a while now and I’ve recently begun to audition for them so that’s exciting for me. I’ve recently finished a couple episodes on Bitten, as well as an episode on Murdoch Mysteries. I enjoy doing TV work and look forward to continuing down that path. Theatre is definitely a love of mine and I would definitely like to be a part of a play or two each year. At the moment I don’t have any theatre projects lined up but I’ll be on the hunt.