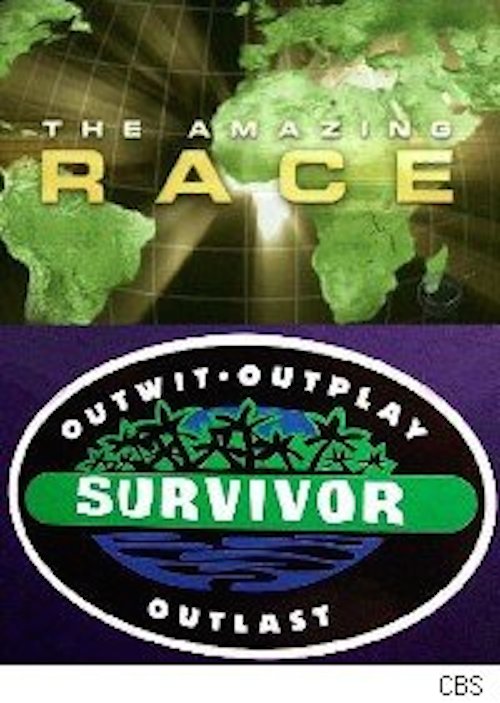 A Reality Week to be (Somewhat) Thankful For

There are so many things in life to be thankful for last week as I celebrated Thanksgiving. I have a great job, awesome friends, a nice apartment, and the list goes on. Aside from all that and most importantly, CBS finally delivered a quality week of reality television for two shows that have had lackluster seasons. I am incredibly thankful for you CBS (but I also hate you…more on that later).

Survivor ‘s had a pretty rough season. The casting this year was just way off. Josh and Jeremy were the shoe-ins to win the whole thing yet they ended up being the first two off after the merge. I suppose it’s a testament to the current cast that they spotted the real threats and nixed them, but we were left with some fairly boring folks. Going into Wednesday night’s episode I was putting all my eggs in the Natalie basket. The supposed “power couple” of Jon and Jaclyn have certainly proven to yield some power recently, but I’m still too skeptical of their ability to outwit to call them the frontrunners. The only other person I kind of like is Baylor—I don’t know why and I understand she’s also a fairly lame player.

A lot ended up happening on this week’s episode—especially for Natalie. She vowed to avenge Jeremy’s blindside and swore she would eliminate Jon, but just not yet. Natalie wanted to vote out one more guy (preferably Reed) so that her alliance would have the numbers and could blindside Jon later in the game. I only am partially following Natalie’s logic at this point. It would seem to me that if she ousted Jon with Baylor and Missy’s help, she still wouldn’t necessarily have the numbers. Maybe she was thinking that Alec and Reed would actually side with her? Maybe she was counting on Keith and Wes? Maybe she was delirious and hungry. Regardless, her hunger issues were at least solved when she negotiated her way into the best meal ever at the immunity challenge. It was Natalie versus Reed in an endurance showdown, and Natalie quit after telling Jeff she would get down for basically all of the food he had already offered other people. This girl is smart…? Question mark intended as I’m still not 100% sure. She had the foresight to know she was safe this week and decided to let her target survive for a sweet reward. Natalie also quickly found the last (possibly) hidden immunity idol. She had previously seen Jeremy’s clue and knew it was near the camp, so she and Baylor worked to find it. I think at this point the Baylor-Missy-Natalie alliance might be the strongest in the game. Baylor hasn’t told anyone about Natalie’s idol yet, and it seems they genuinely like each other. At some point, the mother-daughter duo will need to go after Jaclyn and Jon so Natalie is probably their best weapon to do so.

The real drama occurred leading up to and at tribal. Reed had a somewhat genius plan of convincing the main alliance that he and Alec would help them oust Wes or Keith. At this point, everyone knew Keith had an idol so splitting the votes would ensure one of them left regardless of whether or not the idol was played. But sneaky Reed didn’t actually want that to happy as he planned on siding with the boys to vote out Jon. At tribal, Keith once again proved he doesn’t even know he’s on this show when he told everyone to “stick to the plan”. This immediately made Jaclyn and Natalie question Reed’s loyalty and everyone started to scramble. Jon, trying to be the leader of the alliance but failing miserably, told them to stick with their own plan and split the votes. Luckily for Jon the only person with half a brain, Natalie, told him to use the idol. That was just enough of a push to add a bit more paranoia, and Jon used the idol effective saving himself and sending Wes packing. Side note: Keith continued to not know how to even be a human when he selfishly kept the idol instead of giving it to this son. Sure, Keith sort of offered it to Wes but obviously anyone would say “no you take it.” You’re the dad! You should let Wes stay!

So now it looks like Reed, Keith, and Alec are in a bit of trouble. It might be a smart move for Natalie to jump ship soon but I suspect she’ll wait another vote or so before she convinces Missy and Baylor to target Jon. Either way, I’m hoping Jon gets the boot this Wednesday night when we get a special 2 hour episode.

Over on The Amazing Race CBS’ casting execs continue to remind us that after casting the best season of Big Brother ever, they are taking a much needed vacation. The incredibly boring remaining teams all start off this leg of the race with one thing in mind: to use the U-turn on the Cyclists (by far my favorite team and the only interesting people left this season). Dentists Misty and Jim, who should be the real targets, still have the “Save” which basically keeps them from being eliminated. It’s like the immunity idol of The Amazing Race and they had to use it this round, so you knew nobody would use the U-turn on them.

Kym and Alli got off to an early lead while the other frontrunners, the dentists and surfers Adam/Bethany, were on the last flight. It was going to be a great episode. Clearly, Kym and Alli would kick ass and one of the two most annoying teams would leave….right? (I’m including Adam/Bethany in my list of annoying players because they are just incredibly boring and have no personalities). Turns out I was wrong. The cyclists decided to go for the fast forward, which in hindsight is a smart move to avoid the u-turn, but it just so happened to be a surfing-related fast forward and Bethany/Adam also went for it. Here, ladies and gentleman, is where I hate CBS. This challenge was the most obvious attempt of catering to one particular team. Of course the surfers are going to do a surfing challenge, and of course they are the favorites to win! I was, and still am, furious. Bethany has a wonderful survival story of being attacked by a shark, but the editors are trying too hard to make her out to be the hero of the season. I’m impressed with his strength but frankly I’m sick of the comments like, “look how great Bethany is, she’s a woman AND she only has one arm!” It just all seems a bit sexist and discriminatory for everyone to feel so impressed by this disabled girl…come on people it’s still the 21st century.

Bethany and Adam pass the fast forward on their second attempt sending the Cyclists to last place. What made this episode REALLY good was that it’s the first time all season I felt genuinely uncertain about the outcome. It seemed that the Cyclists would be out, but in a not so-shocking turn of events the Wrestlers lied to Maya and Amy about the location of a clue. This caused the Sweet Scientists to fall in the back of the pack and allowed Kym and Alli to catch up. Also, the episode kept highlighting the importance of the U-turn. The Sweet Scientists told the Wrestlers to U-turn the Cyclists in case they didn’t get the fast forward. The Wrestler’s didn’t listen, which caused a bit a tension between the two teams. All of this of course led to the Cyclists having a shot at catching up. It was the most stressful ten minutes ever. Sadly, my favorite team still couldn’t overcome their defeat at the Fast Forward and Kym and Alli were sent packing due to favoritism and an unfair challenge.

At this point, I’m left rooting for the Sweet Scientists (I love Maya but am bored by Amy) or maybe the Dentists (I dislike them as people but they’ve ran a good race). I desperately want Bethany/Adam gone simply because I feel they should have left this episode. I also want the Wrestlers gone because Brooke is a flat out mean person. She’s a horrible human being and doesn’t deserve another second of being on television.

In the end CBS, I am thankful for your entertaining week of reality TV. I’d be even more thankful if you get the Big Brother casting committee to staff all your shows so we don’t have to worry about these dreadful seasons anymore. We can add that to my Christmas wish list.