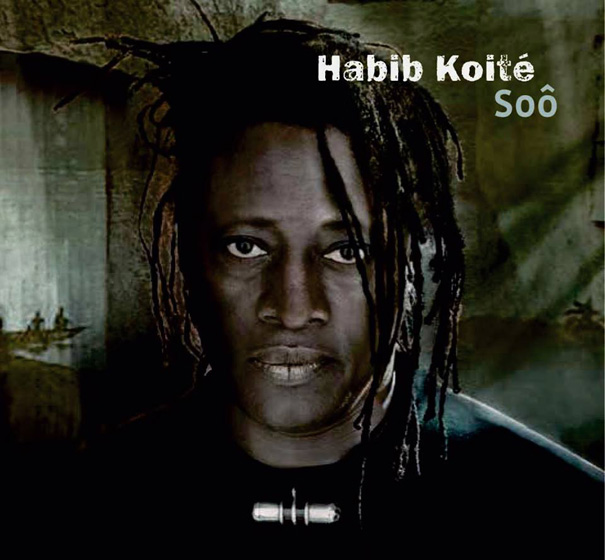 When you write about music, you quickly become aware that it’s impossible to talk about all the truly great music out there that is released on a daily basis – there aren’t enough hours in the day. Like most music and entertainment writers , my inbox receives far too many great leads to check them all out. To end the year then, here is an eclectic list of some of the best releases that came into my inbox or mailbox this past year, from the Grammy-nominated to the relatively obscure.

Habib Koité – Soô
(Contre-Jour CJ030 – 2014)
Times have been tough recently for the musicians of Mali, where Muslim extremists took over large portions of the West African nation and – unbelievably – made making music illegal. While renowned guitarist and composer Habib Koité toured the world to critical and audience acclaim, conditions remained dangerous even in his native Bamako, outside of rebel control. What’s a musician to do? He recorded this latest release, Soô, at home. The result is an acoustic album that sees him at his best.

At times he plays in the traditional style of Mali – tuned to a pentatonic scale and playing the strings open – at others he sounds much closer to any Western contemporary jazz musician. West African music is polyrhythmic and hypnotic in nature and in taking the music back to the basics, he’s uncovered the true jewel at the heart of it.

Wu Man, Luis Conte, and Daniel Ho – Our World in Song: An Odyssey of Musical Treasures
(Wind Music – 2014)
This collaboration between three artists who’ve brought their musical traditions into the modern world is a 57th Grammy Award Nominee for Best World Music Album. Wu Man plays the pipa a lute-like Chinese instrument on this recording. Luis Conte plays congas, shekere, triangle, shaker, percussion colors and Daniel Ho is adept on an impressive array of instruments including bouzouki, ‘ukulele, bass ‘ukulele, kalimba, udu, ipu heke, wood egg shaker and caxixi. Together they play folk music with a jazzy sensibility that criss crosses the globe France to China to South America, Zimbabwe and back again.

The Vaudevillian – Salty Dog
(Independent – August 2014)
The Vaudevillian is Brendan J. Stephens on resonator guitar/carzoobamaphone/harmonica/vocals and Willow Walker on washboard and voice, and these two crazy kids from Kitchener haven’t heard a song from the roaring twenties they didn’t like. Retro is all the rage these days but these two reach back nearly a century for inspiration to the jazzy, bluesy 1920’s and 30’s. They bring a fresh energy to old ragtine and Dixieland arrangements, aided on the recording by Minnie Hart on fiddle/banjolin/saw, Buck Thompson on accordion and Jojo Worthington on uke and additional vocals. Some of the material is olde schoole but some of it’s new, written by Brendan. It’s great fun and they’re a cool live show if you happen to catch them on the road.

Leo Wadada Smith – Great Lakes Suite
(TUM Records CD 041-2 – September 16, 2014)
Wadada Leo Smith is a legend of avant garde jazz and he follows 2013’s Pulitzer nomination with a new composition in 2014 – Great Lakes Suite. Says the composer about his music, “My inspiration for composing the music on The Great Lakes Suites is centered around the idea of the Great Lakes being located in the uppermost part of the Northern hemisphere and the fact that it took a long time for them to develop and form as a large body of water. My score reflects the idea of the flatness of the lakes´ surfaces. The lakes´ flatness does not, however, imply for me stasis or inactivity. What I wish to express compositionally is the simultaneous notions of the lakes being flat and their volatility as the fundamental characteristics of the Great Lakes. Restrained, yet explosive.” He’s a phenomenal player and thinker and if you venture into the avant garde you should love this latest release from a legend of the genre. The CD features Wadada Leo Smith on trumpet, Henry Threadgill alto saxophone, flute and bass flute, John Lindberg on double bass and Jack DeJohnette on drums.

1700 Monkey Ninjas – amarrikuh (flaccid penises & assault rifles)
(Single – Independent – 2014)
1700 monkey ninjas is the brainchild and altar ego of NYC artist Ed Purchla. Along with producing a seemingly endless string of singles and full length releases beginning a couple of years ago and with no end in sight (another release is planned for January 15 2015) 1700mn is a playwright and digital abstract artist – you can even buy his designs on selected clothes items. Musically he’s an inventive fountain of glitch electronica – sounds crashing into each other, electronic fuzz, samples and outright noise, all crafted into infectious beats that often come with a political message.

Ana Tijoux – Vengo
(Nacional Records 2014)
Ana María Merino Tijoux was born in France but first made a name for herself as the MC of Chilean hip-hop group Mazika in the late 1990’s. She’s evolved into a thoughtful and politically minded solo artist who has been making waves on her own, building on the success of last year’s multi-award nominated release La Bala, also released with L.A. based Nacional Records. This year her career in the U.S. got a huge boost when her song “1977” was featured in a season four episode of “Breaking Bad” and Vengo is nominated for a Grammy this year. It’s not only in music that you’ll hear her voice; she’s taken up the cause of protesting students in Chile and an essay penned for the Walker Art Center’s Artist Op-Ed series in October 2014 went viral. In it she critiques a music industry that values only youth and sexuality in female performers. Look to hear a lot more from this artist in years to come.

Tristan Grant – Tg17
(Independent –Jul 30, 2014)
He’s an accomplished hip-hop artist with a brand new release – and he just started university this past fall. Tristan Grant is a 17-year old rapper born and raised in the Mi’gmaq community of Pabineau First Nation, near Bathurst, New Brunswick and his music is fresh, fun and inventive. Red Suga – his uncle – guest artists on a couple of tracks and there are explicit lyrics in most songs despite his tender years. His mother is rapper MO3, so apparently he comes by his hip-hop chops honestly. You’ll forget his age and lose yourself in entertaining lyrics and danceable beats from an artist who’s clearly having fun at his work.

The Nile River Project: Aswan
(Independent – 2014)
In the world of politics, the nations that share the mythic Nile River in Africa have often been at odds with each other and that history of conflict extends to the present day. But musicians have always been able to find common ground to play together and this album is one of those instances that proves music really is the universal language. The album was named after the city it was recorded in during their first ever live performance in 2013. The concert was the culmination of a 10-day residency that brought together musicians from all over the Nile Basin – Egypt, Sudan, South Sudan, Eritrea, Ethiopia and Uganda to explore the possibilities. The results are informed by tradition and lit up by the obvious enthusiasm of the large live audience. It’s often danceable and steeped in the traditions of the countries through which the mighty river flows.