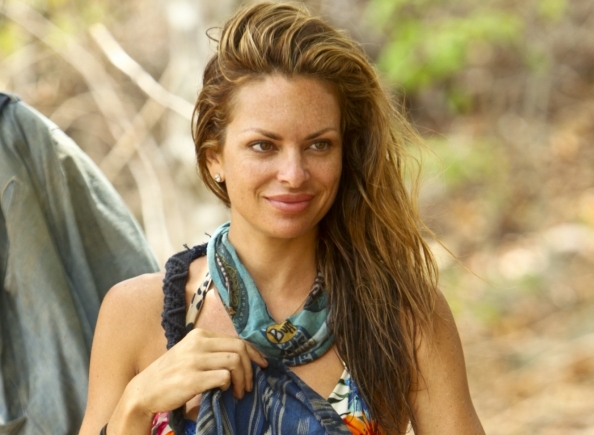 Survivor: The Most Uneventful Merge Ever

This season Survivor is starting to lose my interest a bit. I mentioned weeks ago that it seemed like the casting was just way off, and unfortunately it continues to disappoint with the exception of two people: Josh and Jeremy (also Natalie, who I still love for her personality alone).

The big news from this week’s episode was that Julie quit the game. Julie’s reasoning for quitting was that she was feeling lonely and missed John. Earlier in the episode, we saw Julie hiding some trail mix from her fellow tribemates and when they discovered this “scandal” they made a point to let her know they suspected her of stealing. Nobody actually came right out and accused Julie, but it was obvious that they were hinting at their anger. In reality, Julie ostracized herself even more by thinking she could get away with hording the extra food. I was mainly disappointed by her giving up on the game, especially considering I pegged her as someone I miscalculated early on. I really did think she had it in her to stick it out and do well in this game, but I was wrong. The only bit of respect I have for her is due to her conversation with Missy. Missy told Julie to stay and basically told her they needed her there. Julie was quick to realize that she was really just a number, and nobody cared for her more than that. I have a bit of respect for this call, because ultimately it is true. She’s been a loner for a while and her closest allies don’t even respect her (see Jeremy’s comment about how he did so terribly at the immunity challenge that even Julie beat him).

The other major event that occurred during this episode was the merge. Unfortunately, due to Julie’s exit we didn’t get to see the full effects of the merge but we got an indication of things to come. Essentially, it’s Josh versus Jeremy at this point. Josh came into the merge knowing his numbers were down and hoping he could realign with Baylor. Missy had other plans for herself and her daughter and Josh was smart enough (as always) to pick up on this. He targeted Jaclyn and Jon as his next potential allies, and after some persuasion and time to think it over, it sounds like the duo decided to stick with the couples and oust Jeremy. We’ll never know what would have happened had Julie not quit, but I suspect her departure will throw a wrench in any decided plans.

A note on Jon and Jaclyn: these two are delusional. They believe they are the power couple to beat. The reason for this belief is that they are often in a position where they are the swing votes. But let me tell you, a swing vote does not a power player make. They simply are effective floaters. This would be like saying Victoria from Big Brother was the most powerful player all season because her vote mattered and she was easily swayed…nobody is buying that argument.

Part of me is hoping that either Josh or Jeremy leaves so another player can step up their game, but I’m beginning to lose faith that this season’s cast has any potential. Maybe it’s time we stop casting specifically for “blood” and start casting based on who they think will actually play the game.