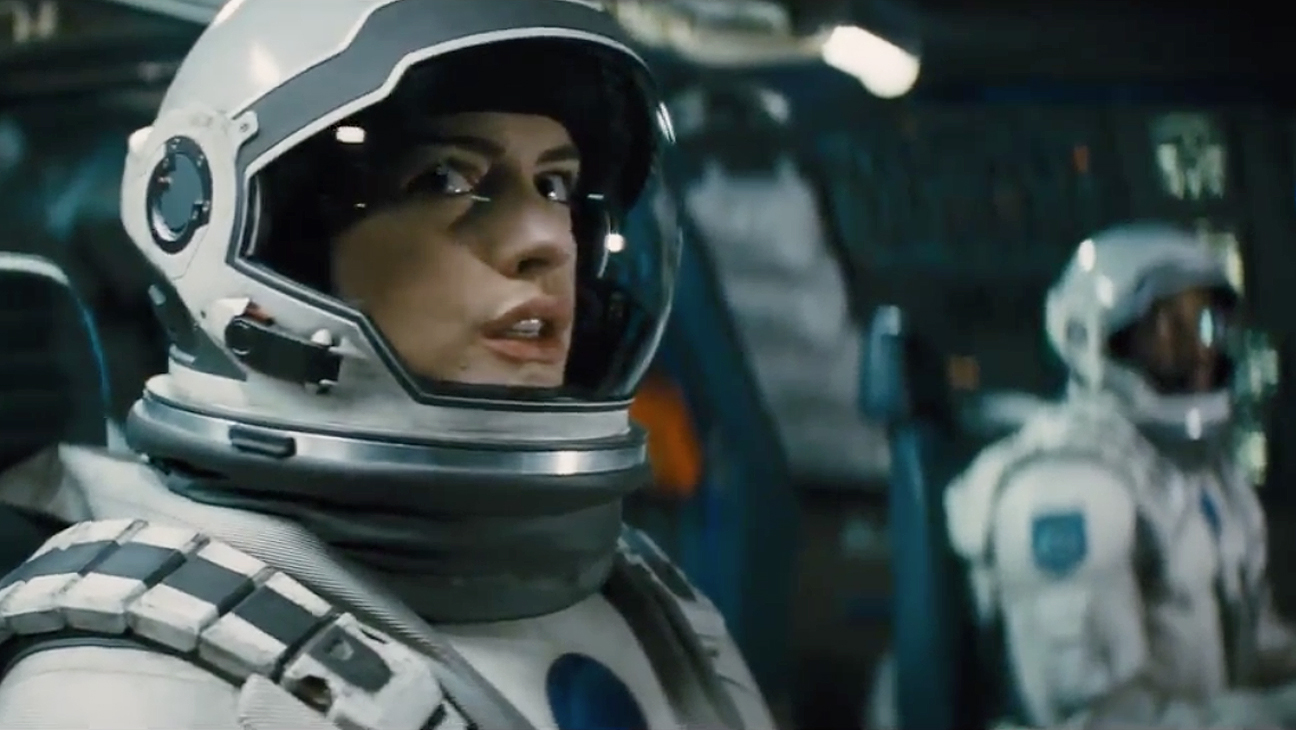 There are moments of Interstellar that are outstanding. It is visually stunning. It has a breathtaking vision of space, grounded by actual astrophysics (theoretically, sort of), which gets writ large across a gritty film landscape that manages to evoke classic science fiction movies while also featuring stunning graphics. And the simplified plot – man goes on a mission to the deepest reaches of space to save humanity, at great personal cost – is the exact kind of space opera the world has been needing.

Unfortunately, all the stuff around it is kind of hooey.

Like many a Christopher Nolan movie, Interstellar often mistakes plot complexity for narrative complexity. The ending is confusing, until you realize its really not. Whereas Inception seemed to merit its puzzle structure and metaphysical ending, Interstellar fails to justify the philosophical underpinnings that power the plot. Instead, they’re just distractions.

On a more personal note: what exactly is it about space that makes directors get all spiritual? Is it something about that big black emptiness that makes writers and directors start to lose their shit and start wanting some higher power (5th Dimensional Aliens, God, flying spaghetti monsters) to come in and explain the void? It all reminds me a little too much of Reavers in the Firefly verse, except instead of eating people’s faces off, they cannibalize good sci-fi stories.

Anyway – the movies’s convoluted plot works against it. Nolan creates an awesome world, filled with excellent tiny details: an Earth that’s been ravaged by famine and food wars, a wormhole that transports its characters to the other side of the galaxy, and dense, emotionally real characters (not normally a Christopher Nolan specialty). I wish, therefore, that he had embraced this world instead of, like a dream diver who needs to just go one level deeper, creating additional layers on top of it.

Which isn’t to say I don’t appreciate dense storytelling – Nolan just doesn’t do a satisfying job of it here. This article from EW’s Pop Watch does a greater job than I could of explaining the many plot holes and narrative conveniences that undermine the plot. I dont actually agree with ALL the plot holes listed here, but it’s a testament to how frustrating the movie can be. Just when I’ve reconciled myself with one plot point, it brings up a calvacade of other confusions. Sometimes, this can be a satisfying way to dive into a movie. In the case of Interstellar, however, it seems ultimately superfluous to the POINT of the movie.

But despite all this negativity, Interstellar is still a thoroughly ENJOYABLE movie. Matthew McConnaughy gives a great performance. Anne Hathaway is suitably charming. Some people saw the story between them as a love story but I just saw her as a surrogate daughter and I think I liked it better that way.

Plus, like I said, this movie looks awesome. I saw it on a normal screen, which was probably a mistake but was still incredibly mind blowing. I loved how different the visuals looked from Gravity, a movie that was almost the opposite of Interstellar in every way except, you know, space. They feel old school and lived in, even while they’re mind blowing.

And Interstellar may improve in my estimation upon subsequent viewings. I feel like if I could give myself over to the ridiculousness of the plot, and simply ride the waves of themes and emotions, I might be able to get more out of this movie. In the meanwhile, I consider Interstellar an ambitious mess.