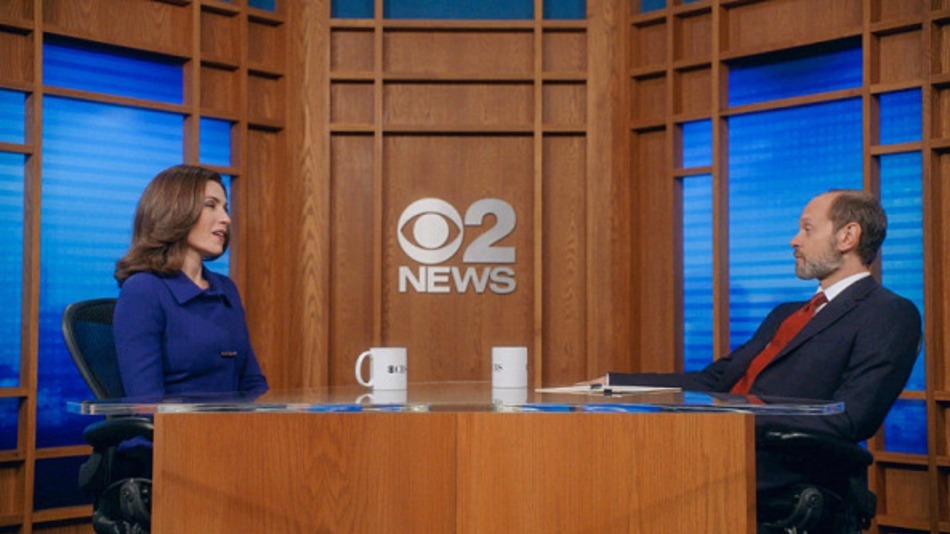 Is there competition in the mix?

As Alicia is moving forward in the race for States Attorney, potential competition arises from television named Frank Prady played by the very talented David Hyde Pierce. This show seriously has the best guest stars, the King got game!

Is Frank going to run? Alicia steps outside of her element asking for an endorsement, talking politics of Prady’s experience, and it just doesn’t sound or seem like normal calm, cool, collected Alicia.

Alicia was right in her characterization “it was like watching sinking ship going dow.” Prady is running, and it looks as though is interview with Alicia may have been meant to be a series of softballs to make her look too intense or not prepared.

Alicia’s campaign managers leaked an article about Prady, and based on this he apparently decided to run for office. The best part of this is more David Hyde Pierce on the show, loved his character.

Finn was on the hunt to make Cary look even worse, and he found something juicy. While Cary worked for the States Attorneys office; he took over a case, which involved Lamond Bishop, and drugs went missing, sounds familiar right?

Cary was doing work for his boss Peter Florric, the current governor, and former States Attorny. Cary wanted to protect him, but Kalinda went on the trail to help save Cary get buried even further.

Encyclopedia Kalinda is on the Case

Kalinda used her expertise to sleuth and found Trey Wagner who was they person which connected Cary to his drug charges.

Kalinda called Finn, and alerted him she found Trey and that he was willing to clear Cary of all wrong doing, in order for immunity to go after Bishop. Finn went to current States Attorney Castro to go after Bishop, but he stuck to his guns going after Cary to stick it to Alicia.

In the end, and maybe a not so shocking twist Trey was killed in a car accident, which further hurt Cary’s case. Will Cary make it through?