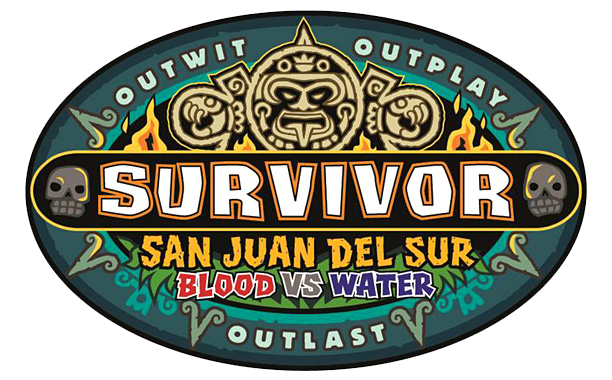 Big Brother really spoiled us when it comes to stellar casting. They managed to pick a group of entertaining houseguests and a large handful of them were great strategic players. Because of this, I spent a good amount of time during the Survivor San Juan del Sur premiere identifying all the incredibly stupid strategic moves the group was making….but we’ll get to that soon.

For starters, the episode kicks off with each pair of loved ones spending a night together before meeting their competition (this similarly happened in the last edition of Blood vs. Water). There wasn’t a lot of time to make any predictions or comments about the group but I made three:

The next day, Jeff introduces the loved ones to one another and starts to do some pre-game interviews. Nadiya and Natalie talk about being on The Amazing Race which is stupid move #1 of the year. They will be recognized so it’s fine to admit they were on the show, but at least let people make their own first impressions of you before reminding them of the giant target on your back. The loved ones were randomly split apart into two separate tribes and we had our first reward challenge of the season.

Now, the reward challenges are interesting this year. One pair of loved ones has to face off against each other. The winner gets a reward for their tribe, sends the loser to Exile Island, and gets to pick a member of their tribe to send with their loved one. The first duo was the firefighter/cop couple of Val and Jeremy. There was brief talk of men needing to protect their woman (because these idiotic men still think they live in the 1800s) which was thankfully followed up by Val telling Jeff “I don’t need his help.” Sadly, she wasn’t able to help herself in this competition and Val is headed to Exile Island. Jeremy cries about it, which bugs me. I’m not sure what’s so sad about her going to Exile. If you know ANYTHING about Survivor you should know that this just means she has a chance of getting an idol clue. Jeremy picks Keith to go with his wife and says it’s because he knows Keith can build a fire. To me, this is idiotic move #2. You’re one of the oldest members in your tribe and you pick the other older guy to go with her and thereby alienate him from you. I just feel like Jeremy should have sent a young kid to try to stop some of those bonds from happening at his home camp.

Back at the Hunahpu camp, Jeremy steps us his strategic game and immediately aligns with Kelly. He then approaches Natalie to join their alliance and tries to build a solid group. It might be too early to pick a lasting alliance, but I give him props for trying. Meanwhile, Drew wins the award for idiotic move #3 when he boasts about his great shelter building techniques and slowly irritates his teammates.

Over in Coyopa, Dale struggles with being the oldest member and he breaks something off of the water pot which he thinks he could use as a fake idol if needed. He then tries to win favor from his tribe by starting a fire with his glasses. It’s not working well for him, so he breaks them in half to get double thick glass. Dumb move #4 was breaking his glasses. He just gave up the ability to see clearly for fire. We all know, if your tribe wins anything, you get fire. If they lose, you go to tribal and bring back fire. Now he’s risking losing future challenges because he can’t see. Dumb. Dale’s biggest mistake is thinking that Survivor is still the same game it was in season 2 when providers were valuable. Nowadays, providing for the group may give you some appreciation but it’s not going to save you.

In dumb move number 5, Wes confronts John about being a famous ex-base player and thereby immediately makes John want to target him. And in dumb move number 6, John lies to Wes and denies it but then tells him he’s right two minutes later. Way to show your honesty, bro.

Over in Exile Island Val and Keith each get to pick a message to read. Keith’s is blank but Val’s is an idol clue. She doesn’t share the clue with Keith, which is dumb move number 7 since she could have essentially created an alliance with for her husband. Also, it’s clearly an idol clue and now Keith is more likely to tell his tribemates you have it since you weren’t nice enough to share.

Coyopa ends up losing the immunity competition and Josh steps up as the player to watch this season. He’s put in a powerful position as the girls want to band together with him and oust Dale. The guys want to all go after Nadiyah. Baylor, who also could be someone to watch, wants to vote with josh so it comes down to him. In dumb move 7, 8, 9, and 10, Nadiyah keeps talking about how Josh is “one of the girls” and continues referring to him as one of the girls in tribal council. Josh didn’t like her comments but he didn’t tell that to anyone other than the camera, and he had her voted out.

What’s interesting is that episode two reveals that Josh voted for Baylor and Baylor voted for Nadiyah. So while Josh clearly orchestrated the ousting of Nadiyah, he threw a random vote for Baylor and even told her about the vote (maybe the first dumb move of episode two). Baylor seems to cautiously forgive him, but I’m left wondering why Josh really voted that way.

As will all seasons of Survivor, episode two started to get more interesting as I get to know the cast members. The second reward challenge pitted John against Julie, and I was thrilled to see Julie take him down. She sent him to exile with Jeremy and this time the two exile islanders were smart enough to form a semi-alliance. They agreed to help one another’s wives out at camp after John got the clue for the immunity idol.

Upon returning to came, the men’s agreement paved the way for John and Val to secretly converse about how best to save her. Val stupidly had told the tribe she found an idol, yet they were still targeting her for eviction. John told her the group wanted to split the votes and flush out the idol, so all she had to do was vote for Baylor and then she’d stay in the game. It was a pretty smart plan and a way for John to keep his word to Jeremy. Unfortunately, Josh saw the two of them talking and suspected something was up. So when it came time for tribal council, the votes were split exactly evenly between Baylor and Val. Val had no idol to play, so a revote occurred and Val was sent packing. I’m eager to see the follow up to this tribal. It seems, once again, Josh probably was pulling the strings and managed to have his way.