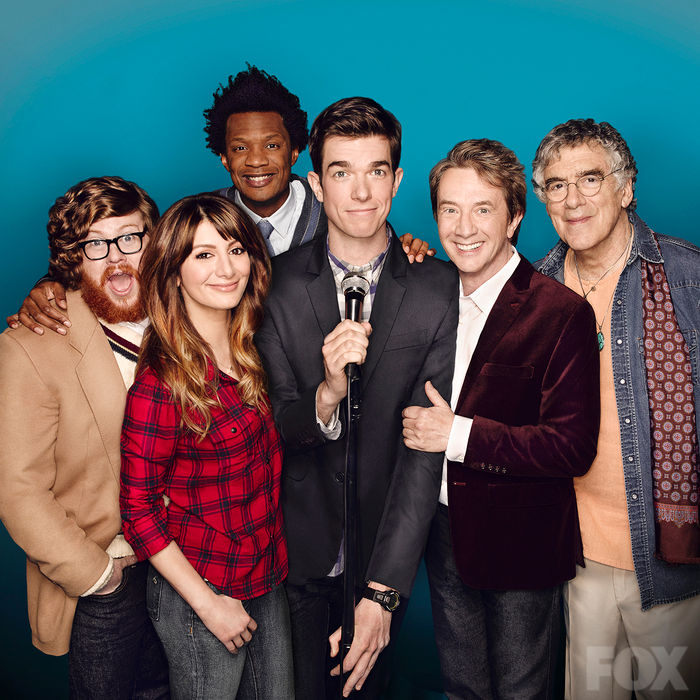 I wanted to like Mulaney. I really, really wanted to like it. John Mulaney is one of my favorite comedians out there at the moment, and so it pains me to say that I didn’t enjoy the pilot of his new sitcom. It was awkward, the characters were underdeveloped, and the pacing was weird. The best parts of the episode were when Mulaney performed bits of stand-up in front of his audience. But Mulaney has already proved he’s a fantastic stand-up comedian. He still has to prove he’s just as good in a sitcom setting.

One of the show’s biggest problems is something it seems proud of: it’s filmed in front of a live audience. A lot of newer TV comedies have moved away from the classic multi-camera sitcom format that’s filmed in front of an audience. Some people think that format is dated, but when done right, it’s a very effective way to enhance the viewer’s experience. It’s television’s way of recreating the experience you get when watching live theater, or going to the cinema where the audience’s reaction feeds itself and amplifies the emotional response to the media being presented. Somehow, Mulaney seems to have a hard time properly using what could be a valuable tool. There were a lot of pauses for the audience reaction, but they were noticeable pauses, which they shouldn’t be. Waiting for the cast to move on after telling a joke pulls you out of the show, and emphasizes it when the joke falls flat.

After the pilot, only the titular Mulaney felt like a well-rounded character. The most underdeveloped character is Nasim Pedrad’s Jane, who felt like little more than a textbook ‘crazy ex-girlfriend’ trope and spent the entire episode stalking her ex. It’s a shame, because Pedrad proved on SNL that she’s a funny lady. Jane was introduced describing how she went into her ex’s email and read his personal correspondence. That’s the first thing we find out about Jane, and her behavior gets more bizarre from there. Unless her character is expanded soon, you’d have to wonder why Mulaney would choose to be her roommate.

Seaton Smith plays Mulaney’s other roommate, Motif, also a comedian. Most of his scenes centered around him trying to finish a joke that includes the phrase ‘problem bitch’. Personally, I didn’t think ‘problem bitch’ was funny, so that meant I didn’t enjoy Motif’s storyline very much. If you didn’t find his joke, or half-joke funny, it was overkill, and the t-shirts he created that said ‘problem bitch’ just felt like beating a dead horse. I’m going to hold off on any final judgments on Jane and Motif until they get at least one or two more storylines to see if/how they’re expanded.

The show struggled a lot with expanding its characters beyond tired tropes or unsympathetic stereotypes. The characterization and pacing of the pilot was hindered by the show’s format: a balancing act of being filmed in front of a live audience and having a few breaks to feature Mulaney’s stand-up. A standard half hour comedy actually only has about 22 minutes of content. Mulaney’s format uses up some of those precious minutes. I’m going to give it a few more episodes. It has to figure out how to balance its different elements, and how to use its cast. The stand-up interspersed with following a young comedy writer has the potential to be hilarious, and there were some genuinely funny moments. The show has some good individual elements. Maybe what Mulaney needs is a few episodes to find its footing. Let’s hope it does.

[Editor’s Note: there’s definitely a part of me that hopes it was this bad on purpose. Like, Mulaney is spoofing Seinfeld and we the audience just don’t quite get it yet. Maybe it’s pretending to be terrible but is secretly brilliant like Always Sunny or Raising Hope. Maybe?]