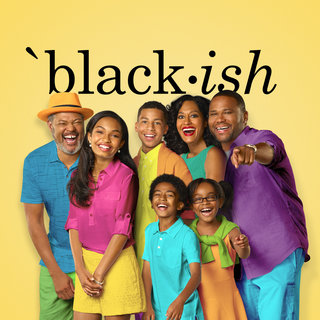 Before watching Black-ish, I was under the impression that the new comedy would be all about a rich black family whose patriarch decided they were too “white acting” and needed to add some black culture back into their lives. After watching the pilot, that sentence pretty much summed it up. In fact, the previews for the series were filled with scenes contained entirely in the pilot (from what I can recall). And I didn’t like it. At all.

I’ve never really liked Anthony Anderson so I wasn’t entirely looking forward to the pilot. My issue, however, isn’t with him so much as it is with the writing. The episode really had a disjointed view on stereotypes. Anderson’s Dre was offended by all of the white stereotypes his kids were picking up (like playing lacrosse) and wanted them to be more black, but then he was simultaneously offended by the black stereotypes that his family embraced (like drinking grape soda, big butts, R&B music). All in all, I was offended by the amount of stereotypes presented and how racist it seemed. I get that it’s a show which wants to expose and poke fun at those stereotypes, but it seems a bit too dated for twenty-first century network television.

The one thing I did enjoy about the pilot was Marcus Scibner who plays Andre Jr. His comic timing and delivery of lines really were enjoyable. In fact, the rest of the case could learn a thing or two from Marcus.

After watching episode two, it feels like black-ish is rethinking it’s entire premise. There was no heavy handed stereotypes (except for a few gay stereotypes…) and overall it seemed more like an okay comedy. Episode two focused on Dre’s “sex talk” with Andre and his wife Rainbow’s attempt to listen to her daughter Zoey’s social problems. For me, it was another miss but slightly less of a miss than the premiere. Tracee Ellis Ross got to shine in a bit as a mom trying to be a good mom but really failing. We got to see Scibner step up his game and continue his breakout role as Andre. In fact, the only laugh out loud moment I experienced throughout the two episodes was when Andre told his dad that he’s attracted to Helen Mirren.

I likely won’t be watching Black-ish again. Maybe if they pull a Game of Thrones and kill of the patriarch, then I’ll tune it but that doesn’t generally happen in half-hour comedies.