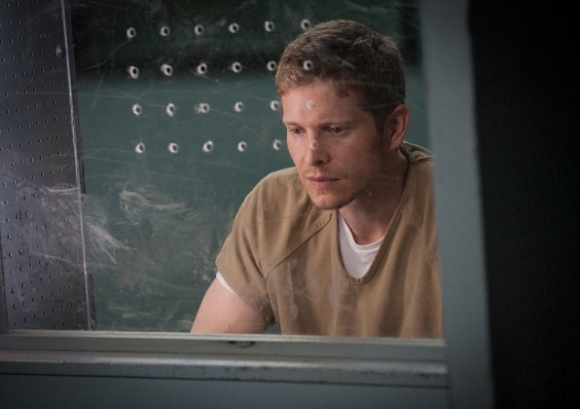 The Good Wife: The Search for Bail and a Hug

Cary is still in Jail

Cary was still facing the wrath of the States Attorney for his alleged involvement in helping his client Lamond Bishop’s men traffic drugs legally.

Cary was caught on wire with three of Bishop’s associates; one of them was an informant for the States attorney. As Alicia tries to post Cary’s bail she is stopped by ADA Finn Polmar who knows she got the by money means of Bishop. The judge prevents this means of bail, and Alicia attempts to take out a second mortgage on her home, enter Peter.

Alicia and Peter’s interactions are just great these days, that cold and calculating manner that evolved from his days of catapulting her back into this life with his indiscretions. Peter refuses. Is he being vindictive or politically savvy? I think a little of both.

The push from Eli for Alicia to run for States Attorney keeps ramping up, well because Eli keeps pushing it. After Peter refuses the second mortgage, Alicia is approached by a third party to pay for Cary’s bail, the man in reality is trying to bribe Alicia to run for office.

Eli even gets Senior White House adviser Valerie Jarrett to cold call Alicia, one of the funniest moments from the show which proves that balance humor makes this show near perfection.

Diane is officially voted in as a name partner at Florrick/Agos, and her walk to the elevator with her compatriots was nothing short of moving.

Diane is also bringing new guest star Taye Diggs who plays Dean Levine-Wilkins. This move brings a whole lot of credibility to the small firm, maybe even the homeless man will stop showering there, but the bigger question is where is Clarke Hayden played the talented Nathan Lane? Cary was a big help to Calrke, and I would assume he would want to help him someway.

Victory or a Band-Aid?

In the end Florrick/Agos win their case of the week for Chum Hum, and they use the money they get from the win to pay for Cary’s bail. As Alicia walks out of the elevator, Cary is standing there, and the two hug for the first time in the show’s history. It was a fantastic moment, and a great end to this tense episode. Let’s just hope this happiness lasts.