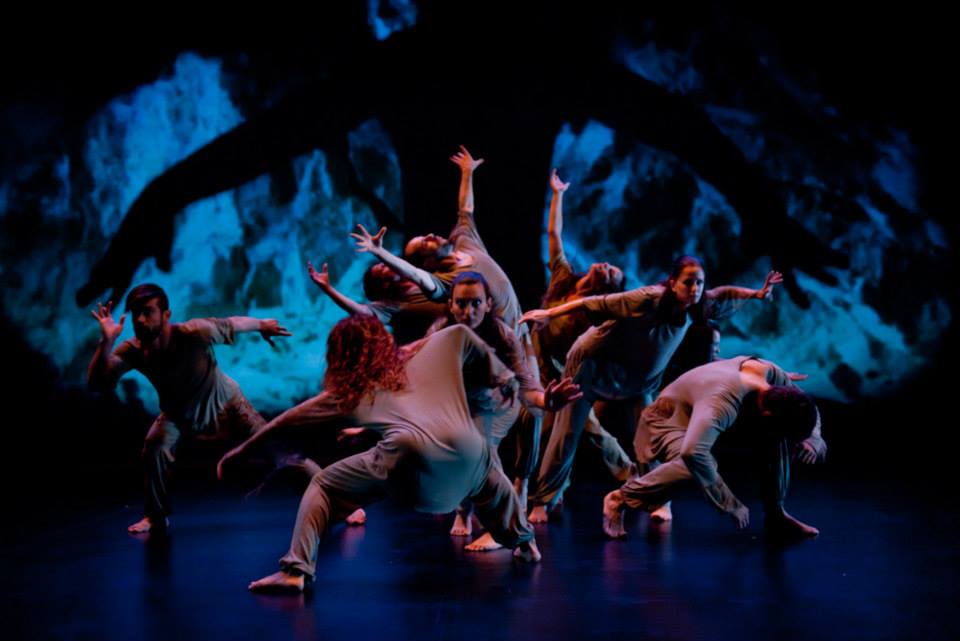 As many of us know the origin of theatre was in ancient Greece and since then it has evolved more than even the forefathers thought it would. One pure example is the dance company Echodrama based in Athens. The company takes their audience on a musical trip that covers many cultural nuances. Their performances are centered on Greek culture which is taken from Greek history, mythology, literature and philosophy.  The goal is to present a social message with combining all these facets onto the modern stage.

“Not only do we bring awareness of Greek history and culture to our audiences, but we also explore philosophical issues. We hope to show how our past directly reflects the present and how lessons learned can change the future for not only Greece and Europe, but globally, “this is our raison d’ être.”

The “brainchildren” behind the company are actually a family. Yannis Pisimisis and Sevi Dimitriadou along with their daughters Daniela and Phaedra have developed a grand production. Sevi is a choreographer and Yannis is a composer and their daughters are dancers as well as choreographers. Besides the Echodrama Company they also own a dance school, Dance Dream which is located in Pefki, Athens. The school teaches various styles of dance to all ages.

Sevi and Yannis’ parents are both from Peloponnesus, Attiki and Asia Minor. After living in Athens for a while they moved to the States and lived there for sixteen years. Both are also graduates of the UCLA School of Architecture. The group is predominantly made up of Greeks but they have one dancer from Cuba.  Aside from their productions they also host workshops with international choreographers to bring awareness of other dance trends beyond Greece’s borders.

While living in L.A. Yannis offered his talents for an Amnesty International concert in Hollywood which went very well. He also was approached to pen a music theme for the L.A. Chapter of the American Red Cross.

The company was able to travel and perform with elaborate shows for two years thanks to a grant from the European Union in 2012. Because of the generosity of the EU it enabled them to create their last two productions, The Cave and Rhei. Prior to this grant, Echodrama depended on fees from Festivals that invited them to perform, and dancers received government subsidies.

Echodrama has performed outside of Greece, in Germany. They toured through eleven cities for their production of The Murderess, based on Alexandros Papadiamandis’ novel. Recently, the company has been working towards a U.S. tour which is a big task. The ground-work for the tour has been taken on by Dena Paponis Dahilig who resides in Los Angeles. Dena set up a Kickstarter campaign which raised over $10,000.

“The performances were received extremely well by Greeks and Germans alike. Members of the Greek communities in these cities spoke with enthusiasm about us, and the local press wrote detailed articles with pictures and rave reviews. The wonderful experience of offering a piece of our culture to the Germans, and generally to the non-Greeks who have attended our performances, has made Echodrama decide to undertake the difficult task of a tour in the U.S.,” added Yannis.

With the aide from Dena, Yannis traveled to Seattle and attended the Western Arts Alliance booking conference. There they learned how to present the group in the States and the proper way to market themselves. They found the Greek community in Washington State to be very supportive and generous. Then they traveled to L.A. to meet various agents, artists and members of the Greek community. The success of their meetings seemed to open the possibility of making their U.S. tour a reality.

“The Kickstarter campaign I ran was to raise funds to bring Yannis here to the States for the Western Arts Alliance conference in Seattle, with two and a half weeks of follow-up here in Los Angeles with me. It was an incredible learning experience for both of us! We are very pleased with the prospects for Echodrama in the coming months, and incredibly grateful to our backers who made the trip possible,” said Ms. Dahilig.

In addition to their efforts on the stage they also proposed a cultural center to be built on the island of Skiathos. It was to include a large amphitheater, a multi-use performance/exhibition space, retail space for up to sixteen stores and housing which would be used for visiting artists and companies. The Ministry offered a grant in the amount of sixteen million euros yet when they were close to completion the economic turmoil of the nation forced it to be cancelled. Even though that is the case the island still supports the project and if conditions change the Ministry may again assist in the funding.

Echodrama is an effort based on the love of the arts and what it can offer to the masses. Sevi, Yannis and Dena hope to make a U.S. tour a reality as they try to build a cultural bridge from Greece to the States.

“Right now we encourage members of the Greek community to “Like” us on Facebook on the “Echodrama Cultural Group” page and the “Yannis Pisimisis – ionnix” musician page. You can also contact us through our website at www.echodrama.gr or via email at info@echodrama.gr to get on our mailing list and be informed about upcoming events and activities.”