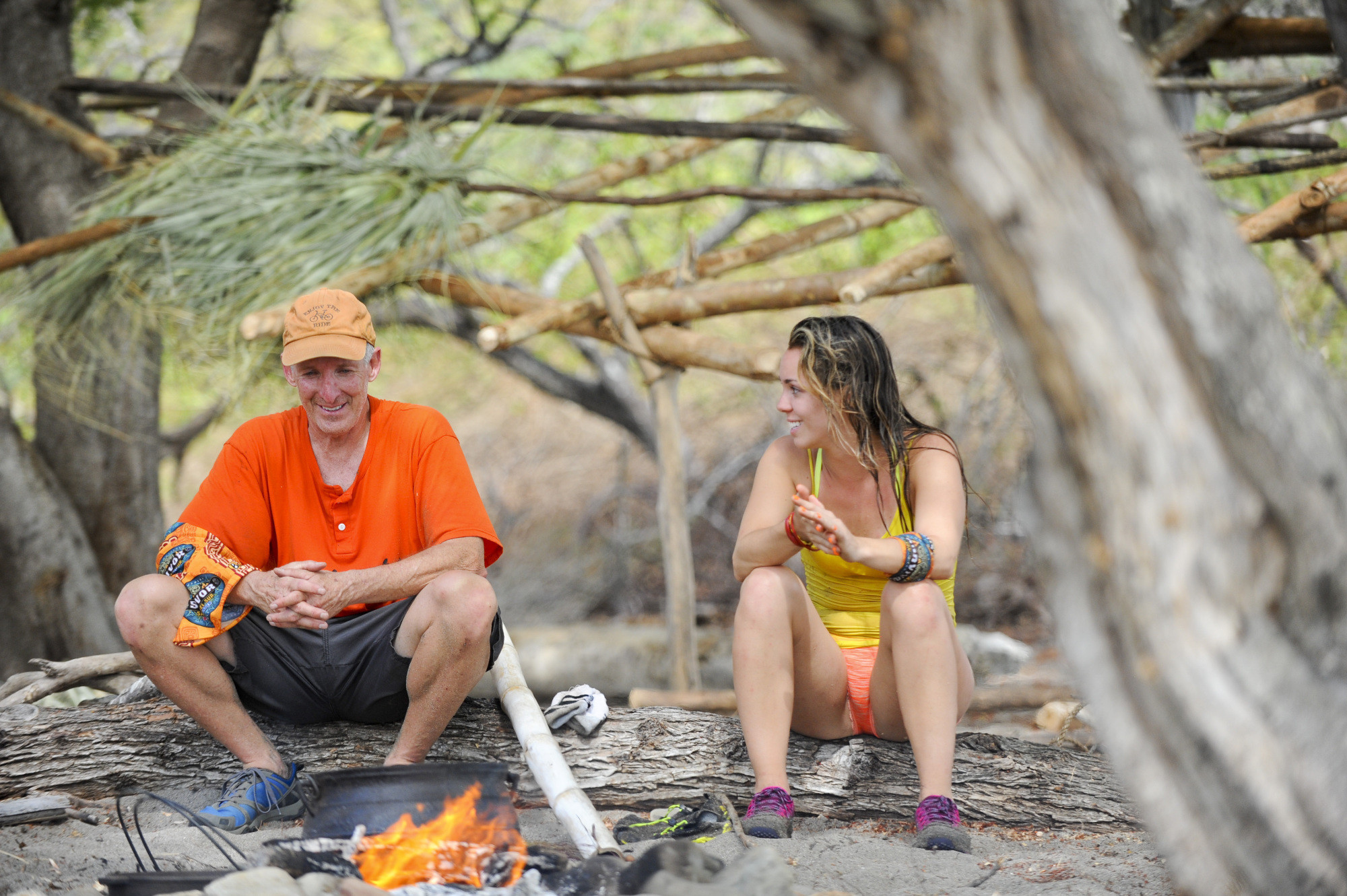 Drop Your Buffs: The Tribes Mix it Up

Every year, Survivor is one of those shows that starts off slow but after a few weeks it draws you in more and more. I’ve already expressed how boring it can be to have one tribe win week after week, because the winning tribe receives so little air time (for the most part). That finally changed last week, when Hanahpu lost their first immunity challenge, and with this week’s episode I’m at that point where I can actually name all the contestants by memory.

It’s a bit late for this, but since I missed last week’s recap, here are my thoughts on the previous episode: Drew is a douchebag and got what he deserved. I hate when people claim to throw a competition without ANY strategy to support it. Hanahpu was winning almost every challenge, and there was no need to throw the immunity away. Drew felt so overly confident in his male-alliance that he threw the competition in the hopes of ousting a female. Then he made the dumb mistake of talking openly about it and the girls got wind of his plan. Keep in mind that the ladies had no alliance, but Drew’s stupidity led three of the four of them to band together and blindside him (with the help of Jeremy who continues to have either the best strategic moves on his tribe or the worst).

Going into this week’s episode, Jeremy felt like he was in a great position. He helped to get rid of Drew and now Drew’s closest ally Jon was profusely apologizing and trying to win back his favor. Jeremy expressed that he was in a great position, went to the supposed reward challenge, and found out that the tribes were switching! In a random draw, the tribes were almost evenly split between singles on Hanahpu (sans Josh and his boyfriend Reed) and couples on Coyopa (sans Keith).

My initial thoughts on the split are that I love the new Hanahpu tribe but hate the new Coyopa tribe. The only people on the new Coyopa that I remotely enjoy are Keith, who doesn’t entirely understand the game but seems like a nice guy, and Baylor (who I still have faith in and think could end up being a big player down the road). My other thoughts were that Josh went from being in an awesome position to a terrible one and that Keith would either be used as a swing vote or immediately eliminated.

After watching the episode, my opinions on the new tribes and the ramifications for those individuals, has completely changed. Keith is actually in an okay spot. It was evident that he was going to side with Baylor and Missy in an attempt to split up the father-daughter duo of Dale and Kelley. Jon and Jaclyn were the swing votes as they had to decide which couple to pair with. The obvious choice would have been to side with Dale and Kelley since Baylor has proven untrustworthy. Ultimately, Jon and Jaclyn surprised me by siding with the mother-daughter duo. I’m interested to see if they explain the reasoning behind this decision. I hope it’s because they considered Dale and Kelley more of a strategic threat. I suspect this may be the case since we’ve heard several times now that Kelley is a smart player, granted she never actually got to prove it! Overall, I’m happy Jon/Jaclyn made this decision because I think it was the smartest move for their gameplay right now. That being said, Keith is likely to side with the mother-daughter duo so if they lose another immunity challenge it’s not such a good move. Only time will tell. I do hope Dale leaves next. I realize his hatred of Missy might be legitimized but it’s distasteful to call somebody a bitch who you just met. I didn’t care for his nasty show of personality.

Now, I also thought Josh was in an awful place post move but I think he might be okay. Jeremy and Natalie, two people who continue to grow as strategic players, were concerned Reed would be persuaded to flip and eliminate his old tribemates. This is a super wise observation on their end. Josh is clearly the strategy person in that duo so it makes sense he would lure Reed into the old Coyopa alliance. We saw Natalie and Jeremy try to convince Alec to join them and oust the couple, but we won’t see how that plays out until (or if) their tribe losses.

Ultimately, the redistribution of tribes could bode well for some players, but depending on outcomes we could see an early favorite leave (Josh?). I still wish Survivor would lose the “drop your buffs” moment until the merge, but I won’t hold my breath.