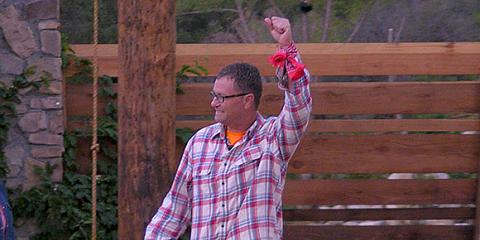 Why Utopia Will Fail

Utopia is my favorite new series so far. Granted, it’s way too early to judge, especially considering there are so many new shows that haven’t started and I’ve been dying to see (namely Gotham and How to Get Away with Murder). I’m really enjoying watching these foolish people spend all of their money with absolutely no sense of business. The drama is there, and while it’s too much at times, it’s super engaging. Bella is one of the most interesting characters on reality TV and I’m eagerly awaiting her mental breakdown. I’ve already gone from hating one Utopian to loving them a week later (Josh) and I have my favorites developing (Hex is still up there, and this is partially because I got a Jennifer Lawrence vibe from her this week when she was flirting with newcomer Taylor). I also have the people I can’t stand but not-so-secretly love to hate (Red who is the anti-thesis to Big Brother’s Donny). All in all, Utopia’s cast makes for great television, which is why I’m bummed that it won’t last.

Here’s why Utopia will continue to lose viewers and flop: