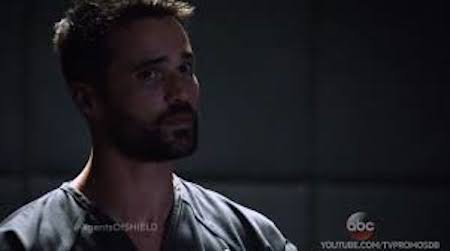 The second season of Marvel’s Agents of S.H.I.E.L.D. started off with a bang with “Shadows.” Let’s just say our friends in Shield aren’t doing to well. They’re still working in the shadows since everything that happened with Hydra. Ward’s being held by Coulson and the gang and he’s willing to give up information, but only if he can talk to Skye. Needless to say she’s not too happy about that. He does have some information about her father, which we’ll get to at some point this season. We’ve been teased about what Skye really is this whole time, so I’m excited to get some more information.

Fitz, meanwhile, is doing horribly. He’s having trouble getting back to his old self since what happened last season. He kept talking to Simmons about it and she seemed to be helping him, but we saw at the end of the episode that Simmons left months ago and he’s been talking to himself this whole time. I found that to be so devastating.

Of course there was the mission of the week and the requisite bad guy. This bad guy could change into any material he touched and he was after some alien object from WWII. He, of course, was working for Hydra. He ultimately got it, but not before we saw all of the destruction it was capable of.

We also got to see a bit of Peggy Carter, which was cool because we’ll be seeing her again in Agent Carter. The biggest surprise is what will probably turn into this season’s bad guy. Daniel Whitehall was the one who really wanted the weapon that they were all trying to get. And it turns out he’s the same guy that Peggy Carter took the weapon from all those years ago and he hasn’t aged at all.

I really like Marvel projects and I’m excited to see more of season two of Agents of Shield. Not too much happened in the premiere, but it did set up a lot for what’s going to happen this season. I’m really interested in finding out more about Skye and about Coulson’s weird code he has Skye working on. It was what he’d been writing on the wall. I also really want Fitz-Simmons to reunite. I also love Patton Oswalt. Overall I thought it was a pretty strong start to the second season.