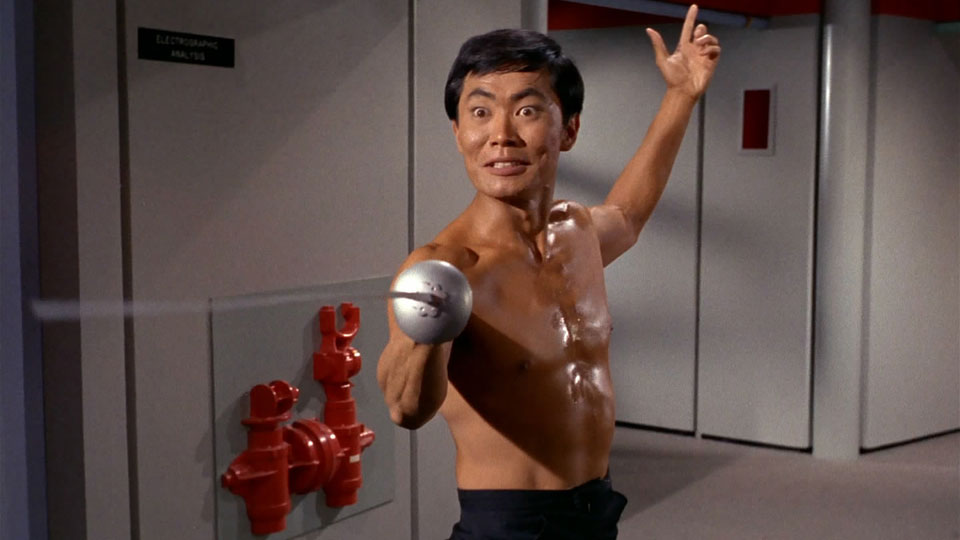 It’s OK To Be Takei

Well, I should qualify that by saying I have no use for anything that came after Star Trek: Deep Space Nine. Voyager and Enterprise didn’t do much for me, and don’t even get me started on the J.J. Abrams movies.

But the OG Star Trek from the ’60s? I love it. I own all three box sets. (Yes, I actually own physical copies of Star Trek episodes. Quaint, I know.)

My reaction when I found out that a documentary about the one and only George Takei—Mr. Sulu himself!—was coming out? Well, let’s just say I set my phasers to fun.

I checked out To Be Takei the other day and it was pretty good. How good? Not as good as Star Trek IV: The Voyage Home, but a helluva lot better than Star Trek V: The Final Frontier. (If those comparisons don’t make sense to you, you might not enjoy the documentary very much.)

Although To Be Takei delves into some heavy subject matter (Takei lived in a Japanese internment camp as a child), it remains light and frothy on the whole. Ample screen time is given to Takei’s jovial interactions with his husband, Brad Takei, and celebrities such as Howard Stern. The comedic highlight is footage of Takei’s evisceration of William Shatner at a celebrity roast (especially the “Fuck you and the horse you rode in on” part), but the film is at its best when it explores Takei’s emergence as a champion for gay rights in the mid-2000s. (And yes, his emergence as a Facebook icon is explored as well.)

Now, I don’t think anyone would argue with the fact that Takei is a great dude (except maybe Shatner). I’m a huge admirer of the work he’s done for the LGBTQ community, and he sure seems like a lot of fun. But I think I would’ve liked the film a bit better if it didn’t exist merely to glorify Takei. Don’t get me wrong—I do think Takei is deserving of glory—but he’s a human being, after all. Surely he’s got some foibles. I wish we’d seen more of them.

There are a couple parts in the film that cast Takei in a mildly unflattering light. There’s a scene at a science fiction convention where he runs into Star Trek: The Next Generation alumnus Wil Wheaton and immediately comments on how much weight the younger actor has gained since the last time they met. (Wheaton was hurt by this, but he tried not to let it show.) Takei also pokes fun at his husband’s weight a few times, even though Brad clearly doesn’t think it’s very funny.

Now, I think it’s pretty crummy to tease people about their weight, but those scenes made Takei seem more human to me. I thought to myself, “This guy is great, but he can be a bit of a jerk sometimes,” and I find that relatable. Can’t we all be jerks sometimes? I can’t help wondering if Takei would have come off seeming even more likeable if the film had further explored some of his unlikeable traits.

But at the end of the day, Takei does seem to be genuinely nice when he isn’t making the odd rude comment, and To Be Takei gets that message across loud and clear. It may not be as great a film as Star Trek II: The Wrath of Khan, but it sure beats Star Trek: The Motion Picture.