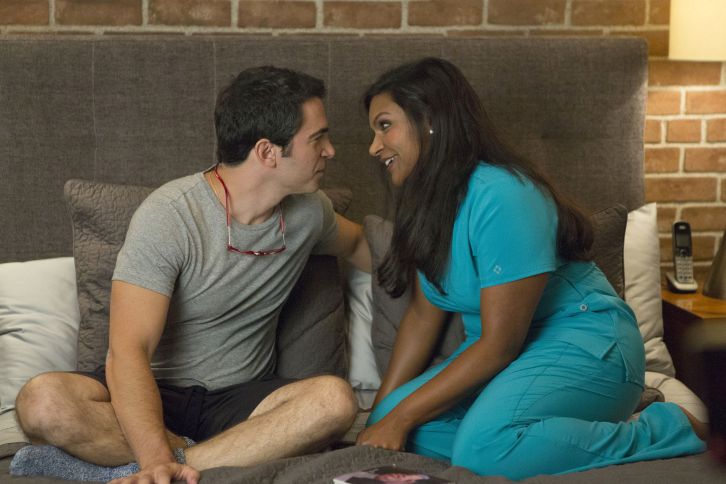 Mindy Premieres to a Few Chuckles

The Mindy Project is easily my favorite comedy on television. Sometime last year it snuck past Parks and Rec and captivated my attention. Mindy Kaling has always been my favorite part of the series, but the introduction of Adam Pally’s Peter and Xosha Roquemore’s Tamra helped to make this more of an ensemble cast than a one woman show. I was looking forward to the premiere and while it delivered with several laugh out loud moments, overall it was a bit underwhelming. As an episode it was good, but as a premiere it was lacking.

The major storyline involved Mindy and Danny’s new relationships and their willingness to share secrets. Mindy is your typical over sharer and Danny is the typical private man. While the hijinks that ensue were somewhat funny, my real issue with the episode was the resolution. After finding out that Danny was a stripper, Mindy shares the information with her colleagues and the two have a mini-dispute. By episodes end, Danny begins to confess all of his secrets and Mindy shares her big secret: that telling others about the details of her relationship makes it feel more real and she still can’t believe it’s happening. It was super romantic and super cheesy, and super unnecessary. They did the big romantic finale last season so this viewer wanted more of the comedy. Some scenes delivered the laughs (specifically any scene involving Danny dancing and when Danny mimed a back rub and Mindy assumed he meant “breast honking”), but overall I wanted more.

The secondary story revolved around Peter’s girlfriend who was caught receiving a back rub from Jerome. This is Peter’s first real girlfriend so he was invested in the relationship, and her cheating ways threw a wedge been Peter and Jerome. Their almost-fight was one of the more entertaining moments of the episode. I hope the writers put Peter and Jerome in more scenes together as they are quite the comic duo. It’s also nice to finally have something for Jerome to do. His “fat” storyline was tired and unbelievable, so maybe this rivalry arc will serve his character a little better.

I’m certainly not too upset with the premiere. It was a solid episode but maybe would have been better suited as a solid second or third of the season. For me, the breakout star is still Tamra who is historically a severely underused character. Here’s hoping the audience will see more Tamra and more of her odd relationship with Morgan.