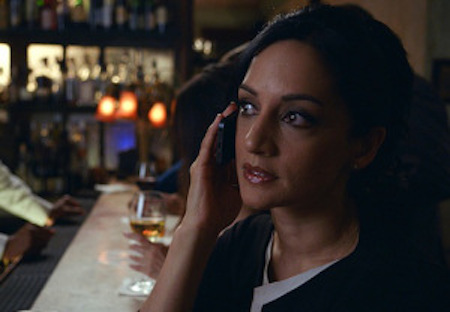 The Good Wife Comes Back Swinging

Let ripple begin! In the last few years past Cary Agos played by the very talented Matt Czuchry has not had much to do, but tonight just may have been the night he earned his first Emmy nomination. The first episode of the sixth season starts with Cary getting arrested, and those ripples take form and Robert and Michelle King, set up yet another brilliant game of chess with these characters.

Diane wants to jump ship at LG, leaving Louis Canning and David Lee to lay claim to the legacy she built with Will. I like this story, I think it continues to keep Diane in the fold, and I think will bring Florrick/Agos around into being taken seriously as a law firm.

The Cary Effect-Cary’s arrest for possession of heroin, may effect which of Diane’s clients follow her from LG, and head over to Florrick/Agos. After Alicia is disqualified to represent Cary, Diane is asked to step into represent Cary, will this hinder her clients jumping ship with her?

Kalinda is on the case

LG’s private investigator and girlfriend (kind of) to Cary is the first person alerted to the fact that Cary is in jail. Kalinda was distracted from meeting with Cary by and old lover, and another PI, named Sophia

Kalinda races against time, to figure out how Cary ended up with these charges; she and Alicia figure out that these charges are in connection with Cary’s work with their client Lamont Bishop, who is a drug dealer. Cary is said to have helped coach them on how to traffic drugs, and avoid getting in trouble.

At the end Kalinda become privy to a recording of Cary doing just that, but we do not hear the tape. As Cary walks past Kalinda at the end of the episode she walks past him, and does not acknowledge him. The big question is did he do it?

The episode actually starts with Eli asking Alicia if she will run for States Attorney; she laughs off the idea.

As the episode unfolds she tests 8 points above the current States Attorney, and the big question is, is this where Robert and Michelle King are taking Alicia’s journey?

This show had a brilliant start there is no 23 episode drama, that still sizzles as much as this one does in its sixth season. Michelle and Robert King continue to take this show to great places, and I am excited to see what happens next with Cary. I think I bit my nails down too far.