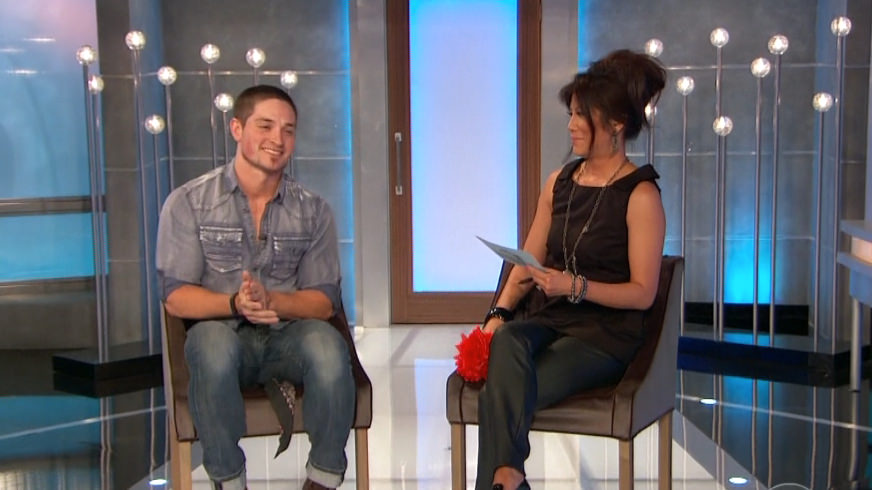 BB16: Cody Steps Up His Game

When the Big Brother season starts to wind down, I tend to get bored. Generally, during the last few weeks the competitions are the only exciting part to look forward to. This season however, thankfully due to the best cast ever, has continued to entertain up until the very end.

I strongly believe that last night’s episode was a game changer. Cody continued to step up his game and Derrick may have even faltered a bit. The episode began with Derrick strategically setting up his two nominations. He convinced Victoria that she needed to go up since they still had their faux feud (a move he started weeks ago which has cleverly worked in his favor so that he can nominate Victoria without her questioning his loyalty). Next, Derrick let Cody decide if he wanted to be nominated or not. Derrick knows Cody is 100% loyal to him, so he is trying to show that he reciprocates that loyalty. Derrick also knew that if Cody didn’t want to be nominated, he could easily convince Caleb to go up. It’s a work of beauty watching Derrick manipulate Caleb into volunteering to go on the block. Derrick wisely told Caleb that it ultimately didn’t matter if he was nominated or not, because if Caleb or Derrick won Veto he would come down, and if Cody won veto he would go up, and Victoria would never win Veto so really the nominations were pointless and the veto was all that mattered. Caleb agreed, said “sure nominate me” and Derrick once again got no blood on his hands.

The veto competition started and the nominees felt safe. Victoria was Derrick’s secret ally so she trusted him to bring her to the final 3. Caleb knew that he was safe because Victoria sucks at competitions and Derrick has his back. Cody didn’t care how safe he felt, he was determined to win so he could cast the sole vote to evict. Derrick, on the other hand, wanted to throw it. He was confident that the game needed to just play out so he wouldn’t make any enemies. To me, this was Derrick’s first mistake all season. I get that winning the competition would make him out to be a threat, but physically Caleb was the biggest threat to win and has the best HOH/Veto track record so he needed to be targeted next. By throwing the veto, Derrick risked losing Victoria or Cody who are both painfully loyal to him. Maybe Derrick predicted Caleb was completely loyal to him as well (which is likely) but in this game you need to think ahead. Derrick is assuming none of the players are as smart as him. Derrick is assuming the boys will take each other to the finals and Derrick is assuming that he can beat Caleb in future competitions. Again, he’s probably right but this late in the game, I think throwing the veto was a bad idea because opinions can change.

Alas, it didn’t matter. Cody won veto, kept the nominations as is, and ultimately voted out Caleb. But what happened during the eviction, for me, was the best speech all season. Cody exposed the Hitmen alliance and made it clear that evicting Caleb wasn’t just his decision, it was him and Derrick. In fact, he basically said that all the moves this season were secretly orchestrated by the Hitmen. Now Victoria knows Derrick has had at least two secret alliances all along (if she’s paying attention). Caleb left the house and felt the most betrayed by Derrick, which indicates that Derrick may not have given him the heads up about the eviction (something Derrick smartly did with Frankie). Cody either just made the best or the worst move possible. He certainly increased his chances at winning this game, but that in turn could make Derrick less likely to bring him to the finals.

A Derrick/Cody final two will be the most interesting, and deserving, final two in Big Brother history. For that reason, I so desperately want it to happen. In reality, if the boys are smart, they will take Victoria and guarantee a victory. I still feel Derrick wins no matter who he brings. I do think Cody is too loyal to Derrick to break their pact, but I do think Cody needs to. If Cody can win the final HOH and if he evicts Derrick, I will applaud just as loudly as if Derrick were to win. We have two great guys who played two great social games. I love them both. I cannot wait to see who wins. Victoria isn’t worth discussing since she has 0% chance of a Victoria, but how interesting would it be if she finally won an HOH and got to do something this season (and by do something, I mean hand Cody or Derrick a fat paycheck).

One additional note: Big Brother is known for its favoritism. The folks behind the scenes have a way of clearly catering to a specific houseguest’s game or emotions. It’s been discussed on message boards throughout the entire series, and it was never more clear than last night when Derrick’s “punishment” of “Hollers” turned into a reward when he got to hear his baby and wife’s voices. I love me some Derrick, but in a game where the number one rule is “no contact with the outside world” it’s a bit cheap to throw someone a bone just because you like them.