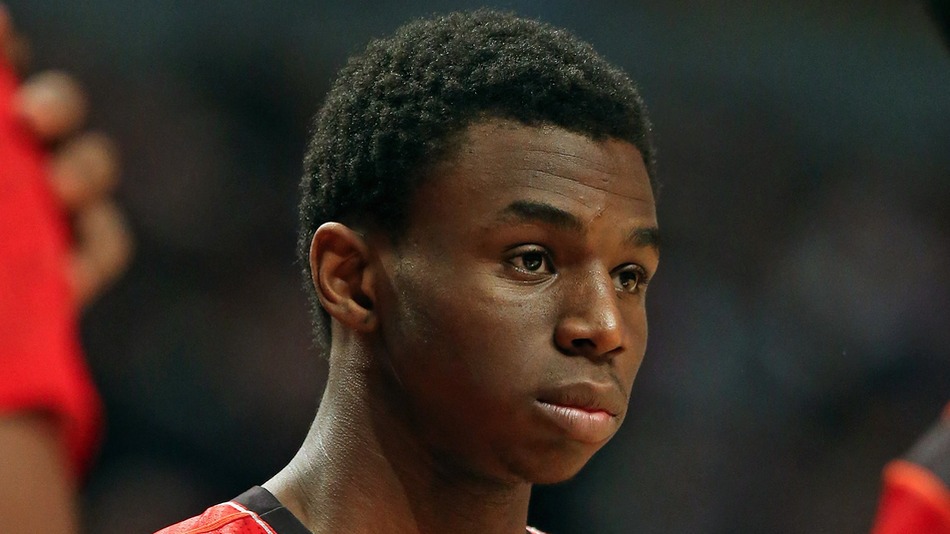 The Wrath of ‘Bron

Things seemed peachy in June, when Wiggins—the most highly touted basketball prospect since LeBron James—was drafted first overall by the Cleveland Cavaliers. It looked like our hometown hero would be playing alongside Kyrie Irving and fellow Canadians Anthony Bennett and Tristan Thompson.

What was not to love? I couldn’t wait for the season to start.

But things turned to shit in a hurry.

Weeks later, LeBron James announced (via a first-person essay written for Sports Illustrated by someone who isn’t LeBron James) that he would be returning to Cleveland.

At first I thought this was amazing news. James said he knew he wouldn’t win a championship with Cleveland his first year back. He said it would be “a long process, much longer than it was in 2010.” He said he wanted to help grow a team with a young, promising core.

Sounded great, right? The Ohio native returning home to teach a group of eager whippersnappers how to be champions.

There was just one problem: as soon as that essay came out, reports that the Cavaliers would be trading Wiggins to the Minnesota Timberwolves in exchange for Kevin Love began surfacing everywhere. It looks like a done deal now, with Anthony Bennett and a future first-round pick being thrown into the mix. The Cavs just have to wait until August 23rd to make it official.

I was truly flummoxed when the Wiggins-for-Love trade reports emerged. Surely this had nothing to do with LeBron James—he’d said in his essay (written by someone else) that he was looking forward to playing with his young new teammates. Hadn’t he?

I decided to read James’s essay again, and—wouldn’t you know it?—he made no mention of playing with Wiggins. He’d mentioned other players by name—Kyrie Irving, Tristan Thompson, Dion Waiters and Anderson Varejao—but nope, nothing about Wiggins, the most phenomenal high school basketball player since James himself. (Nothing about Bennett either, for that matter.)

If you believe that James’s snub of Wiggins and the trade rumors that followed were just a coincidence, I’ve got some beautiful swampland in Florida to sell you.

Now, I understand that the NBA is a business and star players wield considerable leverage when it comes to negotiating with teams. Obviously no one wields more leverage than LeBron James. But this smells a bit like bullshit, doesn’t it? James made it sound as though he were coming back to Cleveland to mentor all the promising youngsters on the team, but it turns out that his return to Cleveland was contingent on the Cavs jettisoning their most promising youngster of all. He also seemed to imply it would take Cleveland at least a few years to win a championship, but acquiring Kevin Love sure seems like a win-now gambit to me.

This stinks just a little bit, in my opinion. I can only imagine how Wiggins feels.

Now, James didn’t do anything wrong here; he just disappointed me. Hell, if I had enough leverage with my employer to dictate who stays with the company and who goes, I’d use it. Who wouldn’t?

To be fair, the trade makes sense for both teams. It’s a no-brainer for the Timberwolves. They have virtually no chance of re-signing Love at the end of next season, so why not trade him for someone who could be the league’s next superstar? If they hold on to Love, they’re pretty much guaranteed to lose him for nothing next year. And if the Cavaliers want to win now, why not trade a highly promising but unproven prospect for a bona fide NBA All Star?

But for Cleveland, this trade has a lot of inherent risk. On the one hand, Wiggins could turn out to be the next LeBron James, in which case the Cavs would obviously have regrets about dealing him so early. But—worse than that—what if they trade Wiggins for Love and end up having a really bad season? Then what? Kevin Love walks away from Cleveland to go to the city of his choosing, while Wiggins develops into a superstar? And let’s not forget that LeBron James could also walk away from Cleveland next year—he only signed a two-year deal, with a player option for the second year.

Imagine that. Cleveland trading Wiggins, only to lose Love and James at the end of the year. It may or may not be likely to happen, but it certainly could happen.

People may (and do) disagree with me, but this is a huge risk for Cleveland. I’m sure the Cavaliers will seek some kind of verbal commitment from Love to re-sign after next season, but that’s essentially meaningless. And let’s not forget that Love has played the same number of NBA playoff games as Wiggins has—zero. What if he lays an egg in the playoffs? Some players struggle under the bright lights.

If I ran the Cleveland Cavaliers, I wouldn’t be in a rush to make this trade. The trade deadline isn’t until February, so why not wait and see how things go before then? Maybe Wiggins and James would look great together. What’s the hurry?

The hurry seems to be coming from James’s end. Like I said, he’s got a right to use the leverage he’s using, but that doesn’t mean I have to like it. I understand that any player would rather win a championship sooner than later, but damn it—I want to see James and Wiggins playing on the same team!

The petty, spiteful part of me (which is actually quite large) would love to see Cleveland trade Wiggins and then fail horribly, losing not only Wiggins but James and Love in the process. And it’d be great to see Wiggins turn Minnesota—a team known for losing good players—into a winning franchise.

Or—who knows—maybe Minnesota will continue to underachieve, and Wiggins will end up signing with Toronto when his contract is up.

I could live with that outcome too.