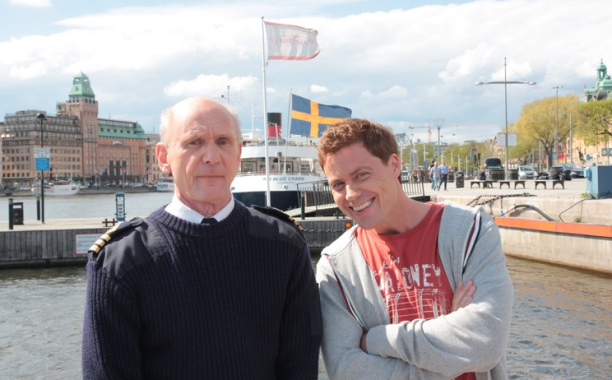 This week’s episode of Welcome to Sweden focused on Bruce trying to get a job. He also struggled with the fact that he has a plain face during this episode, which was a funny bit. His job options were pretty limited though. He decided he absolutely did not want to be an accountant anymore. That’s why he left America to begin with: to get a fresh start. Most of the other jobs out there required that Bruce get a Swedish driver’s license, which proved to be impossible for him.

He finally landed a job as a tour guide because he has “good English,” but he kept arguing that his English was better than good. The only problem was the tour was on a boat and Bruce, of course, gets terribly seasick. He went back and said he was finally ready to go back into accounting, but his friend reminded him to follow his heart.

Bruce is apparently the world’s best accountant because all of his old celebrity clients keep trying to seek him out since he’s left Sweden. This week’s celebrity cameo was from Kiss’ Gene Simmons, who would like to be called Gene Simmons, not Gene. He was hilarious in his scene. Honestly, the show is cute and fun, but it’s the celebrity cameos that have really made the show. They’ve been hilarious every time, and I really hope that they continue with them.