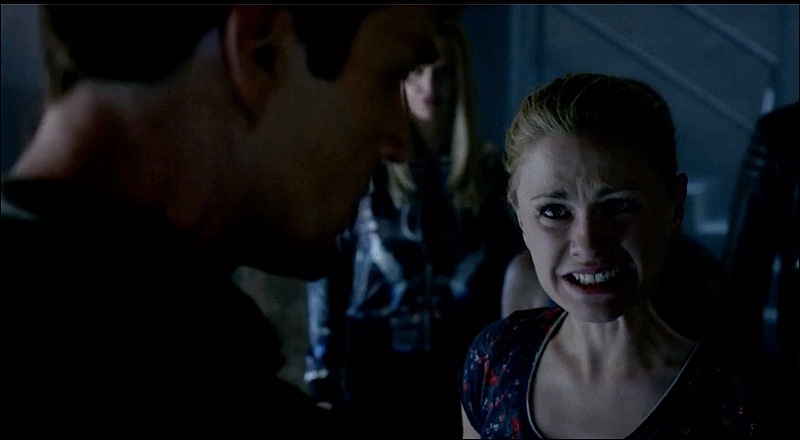 True Blood: Love is to Die

Sorry if you missed my sassy re-cap last week, but I did not have much to add.  I figured I would chime in on the second to last True Blood ever because, True Blood is making the last season of Dexter look like Shakespeare.

Is Bill going to die?

I honestly hope the answer to this question is yes.  The best thing about this season was exploring the humanity of Bill’s past, and how being a vampire is something he never wanted.  If the show ends differently it will be a betrayal to fans, and the character.  Of course Sookie and Jessica thought Bill was selfish for not accepting the cure for Hep-V, but that’s no shock.  Sookie is probably the worst character on this show; they have painted her character into a corner.

Jessica and Hoyt-Meant to Be?

The Jessica and Hoyt stuff was great, I liked the way they have brought him into the fold, but it’s also some of the sloppiest and most contrived writing.  Bridgette (Hoyt’s girlfriend) who came with him from Alaska gave him an ultimatum, and Hoyt went after Jessica because Bill released her, and Bridgette left him and called Jason.

The best moment of the show was Jason telling Bridgette they could not have sex, and Bridgette saying I just broke up with my boyfriend, of course we aren’t having sex.

At the end of the day this was one of the most boring episodes in the shows history and a paltry second to last episode, minus the epically quick sex between Eric and Ginger.  I am curious to see if they can rebound for the final episode next week.