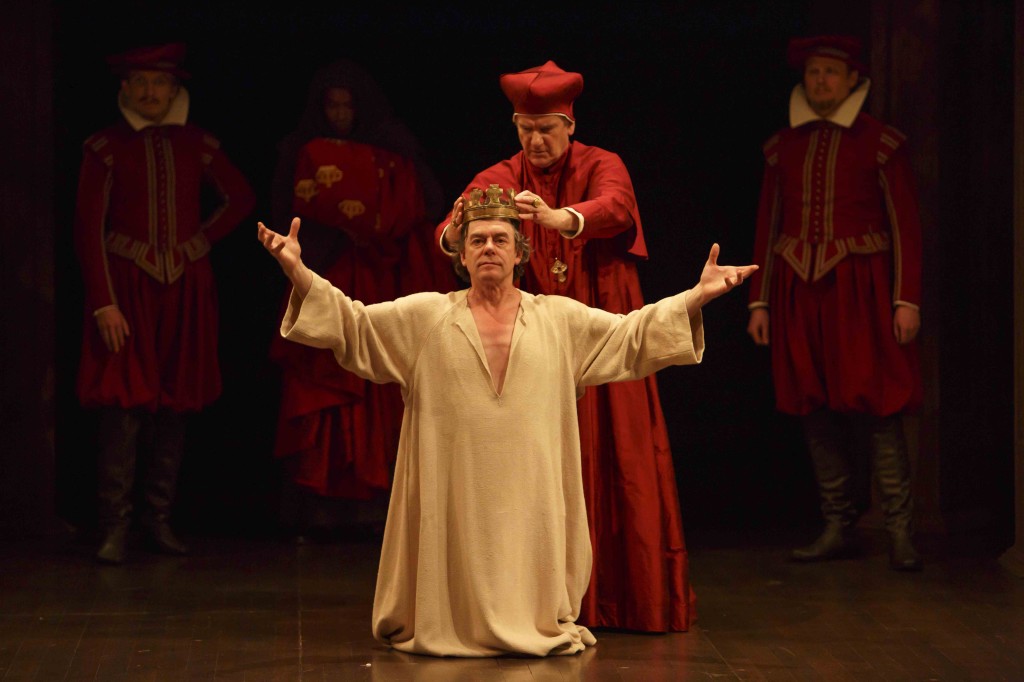 In Stratford: King John & The Understudies

The first thing you need to know is that I saw a very different King John than the rest of you will. Arriving at the theatre, I opened my program to discover, with utter heartbreak, that the wonderful Graham Abbey was out for the evening and would be replaced by his understudy in the show-shaping role of Philip the Bastard. Disaster. Beyond wanting to experience an unfamiliar text, Abbey’s great reliability as a performer was the whole reason I wanted to see King John, knowing as I did that there was no chance I was going to appreciate Tim Carroll’s “Original Practices” direction (Worst. Concept. Ever. Dry, anticlimactic, predictable, lazy and just plain uninspiring). Without Abbey delivering pointed sarcasm as the text’s best character, how was I ever going to enjoy this production?

I wasn’t, to be honest. I was never going to enjoy this production. Tom McCamus is wonderfully droll in the title role and the cast as a whole manages to pull out some key comedy from the obscure history play (Karack Osborn in particular stands out amongst the small roles given to members of the Birmingham Conservatory) but King John is a fairly disjointed story to begin with and my hatred of Carroll’s whole deal would have overwhelmed even a stronger text (he ruined Romeo & Juliet last year, that means he can ruin anything). This isn’t Blackfriars, it’s a barn in Southwestern Ontario, and adding a bunch of candles (in an already hot theatre) to your deceptively complicated wash is not lending you the sense of authenticity you think it is; cut it out and just turn off the damn house lights!

Even Graham Abbey couldn’t have fixed it (though I hear he’s marvelous). The reason I know he couldn’t have fixed it is that I actually though Daniel Briere did a great job as Philip and it only really pushed my enjoyment of the play from 0 to about 40. Overzealously slammed for his charming but badly directed Romeo last season, Briere actually has a ton of potential to be a strong leading man for the company in coming years. Despite this performance being his first attempt at the role in front of an audience (he usually plays Robert Faulconbridge who was taken over by up-and-comer Jamie Mac for the evening), Briere’s Philip seemed lived-in as though it were his regular role. It’s possible that he was merely mimicking Abbey’s usual delivery but Briere’s understudy performance was, far from a disappointment, my favourite thing about a production full of frustration.