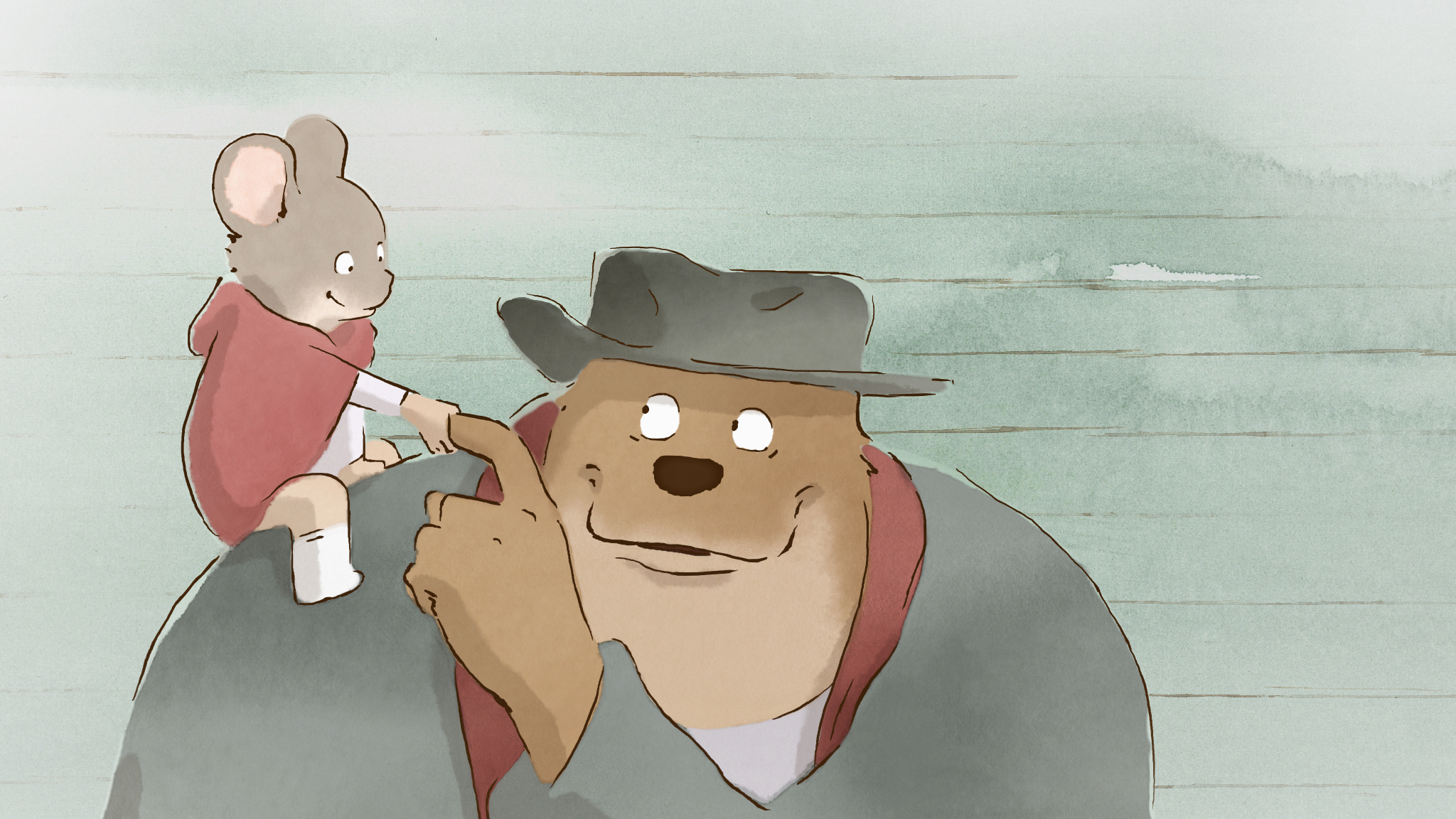 And the Molar of the Story Is… – Ernest and Celestine*

Ernest and Celestine is simply a film of cuteness and beauty. The 2012 animated film manages to be bothcharming and endearing while still containing some dark and serious dramatic moments, particularly near its conclusion.

The movie is centred around the unlikely friendship of the two title characters, a middle-aged bear and a little girl mouse respectively. After defying his natural urges to eat her thanks to Celestine’s quick talking, Ernest uses her advice to fill his stomach and helps her fill her tooth collector quota by robbing… a bear tooth store.

[ahem] You see, in this world, mice are like tooth fairies for bears… and they collect teeth… and they bring bear teeth to the dentist to replace the teeth of those in need. Apparently, mice base their politics and way of life upon using these collected teeth to make everything… and bear teeth are somehow the same size as mice teeth… and the greediest bear has a tooth store located across from his candy store in order to maximize profit… You know what? Just trust me, it all somehow works within the context of the movie.

What follows is that our heroes must run from those who wish to indict them for their crimes and split up their forbidden friendship. Following some hyper stylized car chase scenes (I swear, all French animators must be enamoured with ridiculous chase scenes because you can never make it through a French cartoon without seeing at least one) and some Bonnie and Clyde references, the pair manages to hide out at Ernest’s hidden forest hovel.

At this point the movie, plot wise, comes to a standstill as the two characters grow from being forced acquaintances to true friends. This also happens to be the most wonderful and endearing part of the film. Both characters have incredibly believable chemistry (I assume the same is as true in the French version as it is in the English dub, which is the only one I watched) while being unbelievably cute and amusing. The whole scenario is rather reminiscent of the (also French-ish) film Leon: The Professional, though not nearly as ominous.

I was first drawn to the feature because of filmmakers Stephane Aubier and Vincent Patar’s previous animated comedy A Town Called Panic.  The picture was about three plastic toys (a cowboy, an Indian and a horse, with the horse being the only level headed one of the three) that embark on a ridiculous adventure that defies any sort of sense and plot structure. In essence, it harkened back to the style and structure of Melies’ French silent adventures. Its animation employed a form of stop motion that was intentionally choppy (think Robot Chicken with less frames per second and no facial features).

While Ernest and Celestine is a much subtler film (albeit with some silly premises), it makes use of some of the filmmakers’ established style. Action scenes are frenetic and filled with constant visual gags and heavy emphasis placed on its animated style. While A Town Called Panic was a stop motion picture, Ernest and Celestine uses the template of a watercolour painting.

This style manages to capture the remarkable features and all the purposeful imperfections of a watercolour painting, which gives the impression of an amateur artist who truly cares for the characters they are painting. This is especially prominent in the scenes where Celestine is painting the contents of the screen, and this seems to suggest that she is painting the entire story for us. Overall, the film is reminiscent of the illustrations and story of an old and long-forgotten children’s novel, which is likely the case considering that it is based off of a series of Belgian children’s novels of the same name.

The movie was very deserving of its Oscar nomination this past year, even though it never had a chance due to Disney/Pixar’s permanent reservation of the award (I can’t be the only one that thinks that Frozen, while a pretty decent flick, is ridiculously overrated). It manages to capture all the love and heartache of a truly close friendship.  While being cute and funny enough to relate to kids it also takes itself seriously enough to not drive away the attention of adults. The characters’ chemistry is more pure and honest than what you’d typically see in the theatre while the impressive art highlights their performances and sets the tone. Definitely a must watch for when you need a strong dose of cute accompanied by some really entrancing paintings.

*It hurt just as much for me to write that title as it did for you to read it.