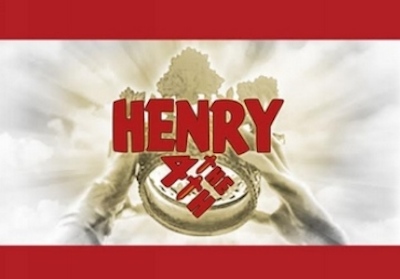 Nothing says feminism quite like equal opportunity fat jokes; enter Theatre@First’s adaptation of Shakespeare’s Henry the 4th. Gender-bending such a grotesque, masculine figure as Falstaff might sound unworkable, but as with most other elements of this production it’s a surprisingly serviceable and believable approach to giving the play contemporary appeal.

It’s always a challenge to get something so fundamentally rooted in its own time as Shakespearean history to work for a contemporary American audience. The two parts of Henry the 4th, abridged here and combined as a single play, chronicle the reign of the titular king: from the period after he took the throne to his death, and the rise of his son to power. The play dramatizes tensions preempting and following the battle between the king and the Percys, a rebellious family of his former supporters. Yet the play does not primarily focus on battle politics; rather, Shakespeare fixates on the arc of Hal, son to the king, as he evolves from a barfly hanging out with lower-class clowns to a dedicated new ruler.

Director Shelley MacAskill’s script-cut trims down the dialogue and cuts out characters to create a simplified version of the history, something a community theater with limited resources can manage. She paces the play slowly, which gives time for the actors to make their language and actions clear, but weakens the energy level of the show. We never feel the excitement of a war drama, or the full climactic impact of death scenes. MacAskill’s simple, functional staging usually features actors standing in one place in picturesque arrangements unless a moment demands physical movement, which doesn’t help the show’s energy problems. It puts a lot of pressure on the actors to sustain the play vocally, and while the actors voiced their parts well, more varied movement would have better supported their energy.

Set changes pose the greatest problem to the pacing. They run long and no music plays underneath, halting the energy of the show and adding another layer of difficulty in maintaining a theatrical tempo. The theater has a sound system to play pre-show and intermission music (1920s swing that doesn’t fit the atmosphere of Henry the 4th) so the production could have easily added something to keep the time between scenes lively. The minimalist sets (a few tables and chairs for various interiors and a bare stage for most of the outdoor scenes) function well for a church basement theater, but shouldn’t take long to move. On a positive technical note, the lighting is also minimalistic, with a series of single light bulbs hanging from the ceiling. It designates time of day and location perfectly, impressive considering the small scale of the lighting system and sets.

But community theater rarely relies on its technical elements to impress. This production tries to distinguish itself with the casting of female actors in several key male roles, including that of Falstaff. Melissa Ehlers had an ideal look and physicality for “Joan” Falstaff, full-figured and slouchy with a touch of dirt in the face. Ehlers has a clear, strong voice and enough solid comic timing to sustain the multilayered ironies and ridiculous logic mazes in Falstaff’s dialogue. She feels like one of the guys, so much so that the gender-bending challenges the audience. It may feel uncomfortable at first when Prince Hal makes overt insults to a woman about her being fat, but we realize here that our discomfort results from a societal double standard. Why can’t an old woman have a young male friend who won’t shut up about how fat and disgusting she looks if it’s so funny when it happens to a man? It can be empowering for a woman to perform as a disgusting slob; that’s what equal opportunity is all about.

Andrea Aptecker gives another gender-swapped performance as “Dame” Northumberland, one of the Percys. Aptecker offers the most enticing performance of the cast, with pointed, intense faces, a crisp voice ringing of authority that belies her nimble frame, and a wry sense of coming timing. With her brother Worchester and son Hotspur, played by David Policar and Ari Herbstman respectively, the three Percys raise the energy level of the play with vocal intensity and clarity of intention. During their scenes, the pace picks up from the lull of the rest of the play and it becomes much easier simply to understand what the characters are doing.

King Henry and Prince Hal, played by Michael Haddad and Jared Hite, hold the show together even if they don’t match the energy of the Percys. Haddad anchors the show with a strong, clear voice, and MacAskill’s cutting brings his character more into the foreground than it is in the unabridged text, which makes it easier for him to be the play’s locus of power. The play relies heavily on Hal’s complex arc and Hite fills his performance with a complex variety of emotion, showing his strained confliction regarding his lifestyle choices, and making his evolution as believable as it can be.

Unfortunately, it’s impossible to believe completely in that evolution. Theatre@First’s Henry the 4th is essentially a trimmed down version of Henry the 4th Part 1 with the very end of Part 2, the death of the king and the coronation of Henry V, thrown in at the end. Companies commonly cut the play like this since Part 1 ends inconclusively, overtly leaving room for the sequel, and companies rarely can or want to do both parts in rep. The trouble is, it never works. When you condense four hours of drama down into two, you’re left with little opportunity to show how Hal can end up attaining his father’s forgiveness and banishing his best friend. Doing Part 1 on its own makes us lose these moving scenes, but since they don’t work anyway in this context, it makes more sense to leave Part 2 out of Part 1.

Despite that choice and the pacing issues, there’s a lot of talent in this production. Henry the 4th isn’t performed all too often and it’s refreshing to see a community theater tackle a classical show like this. And the equal opportunity fat jokes are definitely refreshing.

Henry the 4th runs one more weekend, with performances on August 27, 28, and 29 at 8pm and on August 30 at 4pm, at Unity Somerville, 6 Williams Street, Somerville. TICKETS.