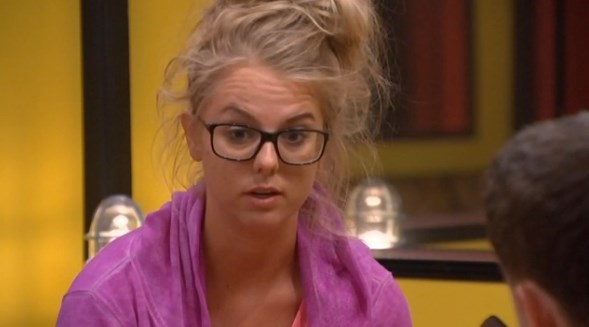 Is this BB‘s Best Season Yet?

Critics and fans of Big Brother are arguing that this summer’s season is one of the best yet. Personally, I’ve had my reservations. Don’t get me wrong, the season is definitely entertaining and while I don’t think it is the best season yet, it certainly is the best cast yet. In fact, the amazing cast is what’s been stopping me from proclaiming this season to be my favorite of all.

At this point in the game we have eleven players left and really on two solid alliances. The first, the Detonators, consists of some of the smartest players ever to play this game (Cody, Derrick, Frankie, Christine, and Zach*). The second alliance is the mini-weirdo alliance of Nicole, Christine (again), and Hayden. Then we have our three house floaters who don’t seem to have any concrete alliances: Jocasta, Victoria, and Donny. And in a world of his own: Caleb. As a general rule floaters suck, but this cast is so good that even the floaters aren’t that annoying! Victoria has actually proven herself a couple of times as a competitor (though always with help), Donny is the most likable player ever and he actually is SMART, and Jocasta…well, she’s the crazy religious one but somehow you do feel bad for her. The only person I dislike in the house is Caleb but that’s more because he’s completely delusional than a dig at his personality (delusional because he is obsessed with a girl that dislikes him and because he thinks he’s running this game when clearly the puppet master is Frankie).
So being that this is such an amazing cast, they’ve all played a really smart game. In fact their intelligence was showcased during Thursday’s HOH ceremony when we had a five way tie going into the final question. The house has made the decision to vote together, and unanimously, during almost every eviction. They are taking this season’s twist of the Battle of the Block and doing what everyone should do: using it as a vehicle for back-dooring everyone. Furthermore, they are putting up the exact same people week after week so they don’t get any “blood on their hands.” SMART CAST. This leads to a really entertaining season, but not a really fulfilling season.

With that rant aside, I went into last night’s episode hoping for an HOH shake-up. We’ve watched for weeks as the Detonators dominate HOH competitions and I was ready for a change…maybe Jocasta would throw a curveball? What would happen if Hayden or Nicole won? More importantly, what would Christine do since all but four people in the house are aligned with her? The episode starts with the tie-breaker question and Donny and Nicole win HOH. I was SO excited. Donny has been a member of Team America so he could easily be swayed by Frankie or Derrick, but I still had high hopes. Nicole, on the other hand, has no allegiance to the Detonators (at least not to the male members) so I was hoping she would make a really bold move…

And she delivered! Or at least, she definitely wants to deliver. Nicole spent the episode feeling out a plan to backdoor Frankie. In a brilliant move, she nominated Jocasta and Zach with the plan of saving Jocasta and putting Frankie up against Zach. Now Frankie is way too likable so if given the option between evicting one of the Zrankie members, I assume the Detonators would oust Zach; however, these are still smart players. Keeping Zach in the game will only benefit them because: 1) he’s not super likable, which means 2) he probably can’t win, and 3) Frankie IS the puppet master and will win hands down. Nicole secured a vote from both Donny and Hayden to back her on the anti-Frankie plan. She, somewhat stupidly, also confided this plan to Frankie’s secret ally Derrick. Now, Derrick is also a genius player because he didn’t go run and tell Frankie the plan. He’s waiting on it, which is smart.

With all of this week’s developments, I’m just about ready to declare this season AMAZING. What I really need is for Nicole to make a big move this week. If she goes through with the Frankie plan, she earns a tremendous amount of respect in my book. She also puts a huge target on her own back which should further draw the line between her alliance and the Detonators (possibly forcing Christine to make some decisions!). This could mean that we have two likable alliances going head to head (Detonators vs. Weirdo…hopefully Christine joining with Nicole and Hayden) and we could definitely have our underdog to route for (Nicole!). I’m just glad that one of my favorite players is starting to actually play this game. I hope Nicole has both the opportunity and guts to make a HUGE move. Ultimately, she needs to get rid of Frankie, Derrick, or Cody this week and I cannot wait to see what happens.

One last note about this season: I really hate the 2 HOH and Battle of the Block twist. Giving immunity to the winners of the BOB really forces the house to continuously put up weak players and back door the strong ones. Back dooring is a popular strategy but, let’s be honest, it’s a bit unfair. Someone like Frankie, who deserves to win this game, could go home this week without having the slightest opportunity to save himself. What I wish the producers would have done is allow all houseguests to participate in the Veto Competition. That way even if there was a back door plan, each houseguest has the opportunity to fight and save themselves. I also can’t imagine that the twist will last much longer this season. I can’t really picture how the double eviction night can squeeze in an HOH, battle of the block, and veto ceremony all in one night. Hopefully that means starting Thursday we’ll do away with this unfair twist and get back to classic Big Brother.

And in case it isn’t obvious, here’s my current ranking of houseguests:

11. Jocasta – Boring. Overly religious to the point where her alliance consists of : the father, the son, and the holy spirit. Cries too much.

10. Victoria – Maybe she could actually be an underdog if she stopped floating and started strategizing.

8. Hayden – A floater in disguise…let’s be honest. He needs to make some big moves if he has any chance of winning. Luckily, he’s aligned with the two smartest girls left in the game.

7. Cody – Probably the weakest player in his alliance. He has a final two deal with Derrick which will help him get to the end, but he should not beat Derrick. Let’s just say Haden is to the weirdo alliance as Cody is to the Detonators.

6. Zach  – I know he’s annoying. I know he’s someone I would dislike in real life. I just like watching his stupidity and I think there is a good player hidden under there somewhere…but he’s slowly moving down this list.

4. Christine – Her biggest fault is not telling Nicole about the Detonators. I’m SO interested to see what she does when Nicole tells her about the plan to backdoor Frankie. This is a make-it-or-break-it week for Christine’s game.

3. Derrick- Sometimes I can’t tell who is playing the better game: him or Frankie.

2. Nicole- Even if she wasn’t HOH, she would be high on the list. I just really like the girl. Now I’m happy I may have a reason to like her on a strategic level as well.

*Some may argue that Zach is the dumbest of the group with his most recent attempts at being the villain of this season, but Nicole put it best at last night’s nomination ceremony when she called Zach out for essentially trying too hard to be a villain. In fact, the rest of the house is likely to keep someone like Zach around over someone like Derrick or Frankie or Donny, who will win the half a million prize due to likability. Zach’s lovable pretend villain nature is going to take him further in this game…even though I doubt he’s aware that he really IS NOT the villain.