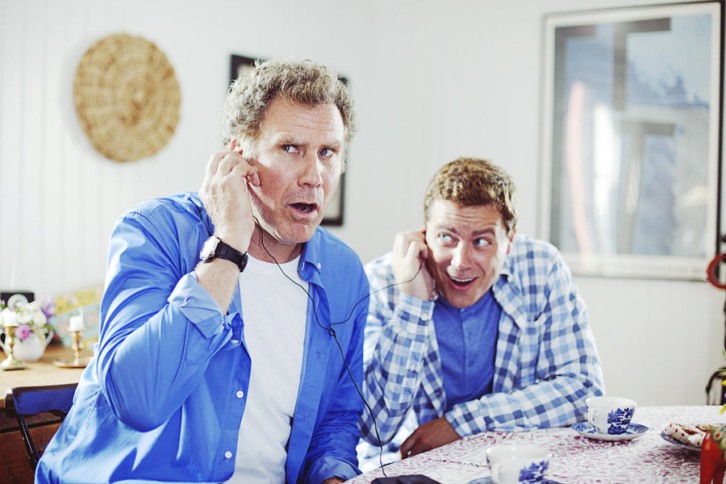 I liked the second episode of Welcome to Sweden a lot more than the first episode, and I have a feeling it’s only going to get better as the season continues. The cameos have been great so far and I hope that they continue. I love with things get awkward on TV shows and this episode was full of awkward moments.

Bruce spent a significant part of this episode trying to learn Swedish, because as Will Ferrell said in his amazing cameo, it’s the least he can do. He was failing miserably until Ferrell gave him a tape of a woman with a sexy voice to help teach him. It came at a price though, as Bruce knew it would, and Bruce had to help with Ferrell’s taxes.

Beyond using the tapes, Bruce was also taking classes to help him with his Swedish. A man from Iraq befriended him and talked about how much he hated America all the time, so, naturally, Bruce said he was Canadian. The whole situation was so awkward and hilarious.

Emma, on the other hand, spent the majority of the episode trying to have sex with Bruce, but she was thwarted at every turn. Bruce was uncomfortable with her parents being so close and they kept interrupting them. Emma eventually walked in on her parents, and her mom was making her dad wear the hat she had awkwardly reminisced about, and Emma had enough. They went to a hotel so they could finally be alone together, but Bruce got distracted when he heard another couple through the walls. Poor Emma.

Gustav was also working on his latest big idea. He was going to open a reggae club. Emma’s parents were really supportive, but they seemed to be the only ones to think it was a good idea. I think it would be hilarious if actually became a huge success. I also thought everyone’s reactions to Bruce saying he hates cinnamon were great. I love how they started talking about how it’s okay to hate Hitler, but who would hate cinnamon?