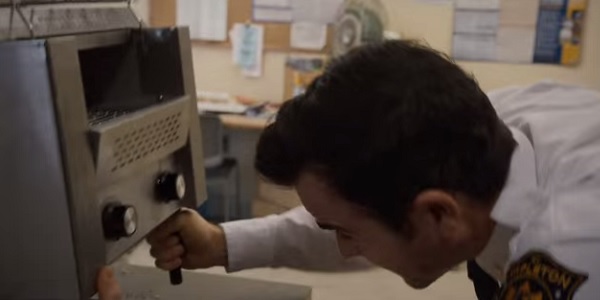 The Leftovers: Penguin One, Us Zero

The second episode of The Leftovers titled “Penguin One, Us Zero,” delved more into Kevin Garvey. It looks like everyone thinks that he’s going crazy like his dad, and he’s starting to believe it himself. It’s really unclear if the bald man with the pickup truck that was killing dogs was real or not, but I still want to believe that he is, especially since he found that missing bagel. I didn’t like that he passed the torch and gave the truck to Garvey, though. It’s going to be interesting to see how Garvey changes through the season, and I have a feeling things are only going to get more complicated for him. I don’t think we’ll know if he’s really losing it for a while or ever though.

I would also still like to know more about the cult the Guilty Remnant too. I know that it was supposed to be a big deal when Meg finally committed and went to chop down the tree herself after they had all pretty much given up on her and thought she left, but I wish that I knew more about them and why she finally joined them after they basically stalked her. I get that they want to remind everyone of what happened, but I need to know more for that. I’m really not sure how I should feel about them and if I should be rooting for them or not, but I find them very intriguing.

Speaking of cults, Wayne is pretty creepy. He says he care help people with hugs, but the people in the government seem to think he’s only in it for the sex. He promptly abandoned his followers and left Tom to take care of Christine after they were attacked by the government. Tom’s pretty freaked out, but Wade told him that Christine’s important for some reason. I really think Tom should call his dad, but that’s not going to happen. I’d love to find out more about how Tom joined Wade because Wade had talked about how conflicted Tom was and he’s definitely different from the rest. He’s harder, I think. I would also like to know what’s so “special” about Christine.

Jill and Aimee were causing all sorts of trouble with those hilarious twins again, but something was definitely off with Nora Durst. Why did she have that gun? And why would she make a career out of talking about what happened to families? It seems like she’s ready to crack.

The Leftovers definitely gives you a lot to think about and I feel like it’s only a matter of time before something big happens. Right now I think the most compelling story line is Kevin Garvey’s. It’ll be interesting to see how he changes throughout the rest of the season.