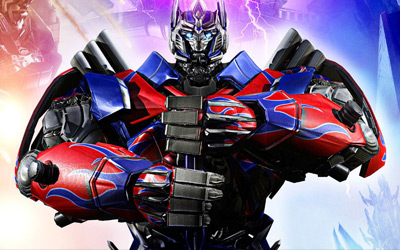 If you’ve paid any attention to television, comics, movies, or games since the mid 1980’s, you’ve most likely heard of the Transformers. This race of transforming robots was created in 1984 by Hasbro Toys, based on a rebranding of transforming toys by a Japanese toy company named Takara Tomy Ltd. The two companies co-produced transformers and introduced two factions; the Autobots and the Decepticons, who are in an endless struggle for peace (or domination, if you’re a Decepticon). As the toys became a hit, numerous animated series, comic books, and even blockbuster movies eventually added to the universe, making it a very popular IP.

After learning about the game, I decided to test out being a transformer for the very first time, having missed out on the opportunity to try the previous two games when they were first released. Since I can’t compare Rise of the Dark Spark to the other two Cybertron games, my impressions and thoughts are solely based on playing this game alone, and the fun I had while doing so.

The game starts off with an opening cinematic showing a bounty hunter named Lockdown. From what I can ascertain, he is a rogue transformer with no affiliation to either the Autobots or Decepticons. He is seen with another transformer in a spaceship as a purple meteor crashed down to Earth. Once the cinematic ends, you begin playing as Drift, an Autobot working with Bumblebee and Optimus Prime to obtain the Dark Spark before it gets into the hands of an enemy. Whoever possesses the Dark Spark has the ability to bend the universe to their own will.

As Drift, a transformer who looks heavily inspired by samurais, I had to battle through countless agents of Lockdown as they try to bide their master time to locate and procure the artifact. Throughout this first mission, the game introduces you to the various mechanics and gives you a very basic overview of how to play. As you traverse the level, you are walked through your mission by the voice of Optimus, who you ultimately find with Bumblebee as your group approaches Lockdown and the Dark Spark. As the three of you leap toward the enemy, he slaps the artifact into his chest and stops the Autobots with a wave of his hand. Leaving the planet with Optimus and friends still frozen, Lockdown takes off in his ship as the next cinematic rolls.

Looking at the game, the first thing almost anyone notices are the graphics. ­With Rise of the Dark Spark, the game looks very nicely designed and the textures are nicely done. It doesn’t have the same beauty that games like The Last of Us or Watchdogs might showcase, but it looks very nice on the PC and plays smoothly. The particle effects could be better, but based off what I’ve played, I have no gripes about the graphics or animations. The gameplay is confusing at times; I can’t count how often I accidentally transformed into my vehicle form unintentionally, or vice versa. It doesn’t make the game too annoying, but it can take you out of it if you’re deeply immersed.

The controls are nicely done, and the tutorial does a decent job of teaching a new player the ins and outs of the game. The one thing that wasn’t so conspicuous was the control for swapping your weapons, but it’s easily found after using some deduction skills (as it’s the only controller mapped button not used for something else). Other than learning the game for the very first time, I can’t imagine the gameplay would be too difficult for even a novice gamer to learn and enjoy.

Overall, I thought the game was a lot of fun, and really did a great job of being the bridge between the movies and the video game franchise. It helps bring the franchise to life more when you can not only watch your favorite robots in live action, but can then come home and be part of the action. One facet of the game that I really enjoyed however, was how you don’t just play the good guys. In this game, both factions are battling to obtain the Dark Spark. The Autobots want to keep it away from any evil transformers who might want to destroy the world with it, and the Decepticons want it so they can rule the others. One robot’s duty is another’s salvation, I guess. Alternating between the opposing factions, you play along both of their storylines as they each vie for Dark Spark. Will you help the Autobots save Earth, or will you be the reason the Decepticons destroy the world?

Once you finish the single-player campaign, the game has an online mode that is similar to the horde mode made popular by the Gears of War franchise. You and three other players fight together to fend off wave after wave of fearless foes who try to destroy you and your defenses. With up to forty playable characters, the ‘Escalation’ multiplayer mode offers hours and hours of excitement once you’ve finished the campaign. Isn’t that even more of a reason to become a transformer and fight for control of the universe?