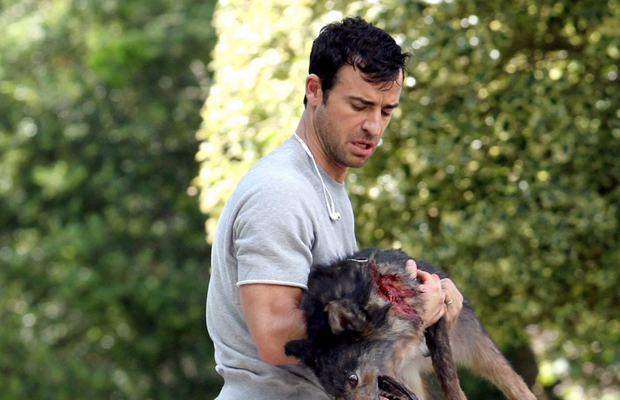 I’m really not sure how I feel about The Leftovers. It was intense and definitely depressing and left me with a lot to think about. The Leftovers takes place three years after a mysterious rapture-like event that took 2% of the population. The rest of the world is still trying to understand and get over what happened three years ago, and now, for the first time, is holding a day of remembrance called “Hero Day,” but not everyone believes that this is the right way to deal with what’s going on. People are often speculating about what happened. They want answers, but there are none. It can’t be a real rapture if both the Pope and Gary Busey are taken after all.

The Leftovers shows how people are coping and dealing with what’s happened. It looks like Police Chief Garvey may be slowly losing his mind like his dad, though that thing with the dogs seemed horrifying and pretty real. His daughter is getting into all sorts of trouble and is acting out due to the loss of her mother, while his son has refused to take his calls and seems to be working for some sort of cult leader. The biggest shock of the pilot, however, was when we learned that his wife didn’t actually disappear three years ago. She’s a part of another cult, Guilty Remnant, that wears all white, smokes a lot, and doesn’t speak. Why did she leave her family? What is the cult? And why did she join?

I’m definitely intrigued by The Leftovers. It’s a heavy show that really shows how people after experiencing loss and the unexplainable. One character mentioned that the dogs had gone wild and just lost it and that the people were losing it too, it’s just taking them longer. It will be interesting to see how the show progresses and what it will be like when people finally reach their breaking points, if they do. We’ll probably never find out about what happened three years ago, but the point is really to see these characters and who they’ve become and how they’re dealing after this catastrophic death. After the pilot, I’m most interested in learning more about Garvey and his ex wife’s relationship. I found this first episode to be really compelling, and the characters to be really interesting, but I’ll have to see more to make a real decision on how I feel about it.