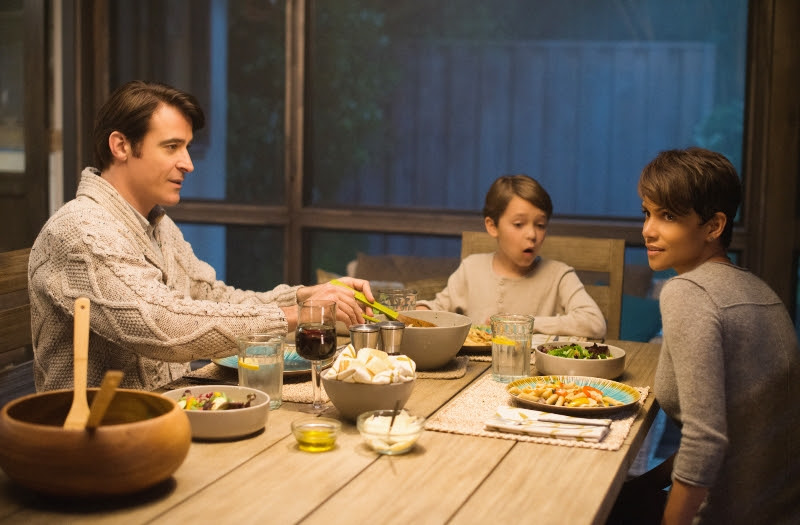 I say Halle Berry’s show, because while the entire cast is solid, she really carried the pilot. There seem to be a lot of openings for the supporting actors to shine as their storylines progress, but for now, it’s Berry’s story. Berry plays Molly, an astronaut who has just returned to Earth after being away for a year. And somehow, she’s pregnant, despite having been on a solo space mission. Berry does an excellent job of portraying Molly’s isolation – not just in space, but also when she comes home and doesn’t know who she can trust with what happened to her.

Of course, she doesn’t know exactly what happened to her; she blacked out after opening the hatch when she saw someone on her ship. (Sidenote: why. Why would you do that? If you’re alone in space and someone suddenly appears out of nowhere, it’s generally not someone you want to let in. Were you too busy studying to be an astronaut to ever watch a sci-fi and/or horror movie?) Upon her return, it quickly becomes apparent that there’s more to her company than meets the eye, and that something shady is going on. It’s unclear what they know, and what their agenda is, but it is clear Molly should be wary.

And it’s not just at work where she needs to watch her back; her husband received funding from one of the conspirators in an effort to better monitor Molly. Not to mention there is something off with their child, Ethan who happens to be a robot experiment programmed with Artificial Intelligence.

The issue of AI and the moral dilemmas that come with it is addressed, as John (Molly’s husband) petitioned for funding to expand his work. The world building in the show was fantastic. It’s set in the near-ish future, when there are solo space missions that last a year, AI, and other cool technology. (Where can I get one of those self-driving cars?) At the same time, the design of the buildings and technology looks close enough to our world that it doesn’t seem too far from the present, which makes it easier to get involved and invested in the show.

Extant has a lot going for it. It understands that good world-building is important, and it takes advantage opportunities to question scientific advancement, but it also knows that without making sure the audience is able to connect to the human characters, those topics would feel empty. The show is mysterious, and well-paced. It raises enough questions to stay interesting, but doesn’t pose so many that it makes you feel like you’re drowning in unanswered plot. Extant is suspenseful, and has some good old-fashioned creepy shots of shadowy figures following Molly. But more than that, it makes us care about Molly, so even when she does things like open doors she should most certainly have kept shut, we still want her to be okay.