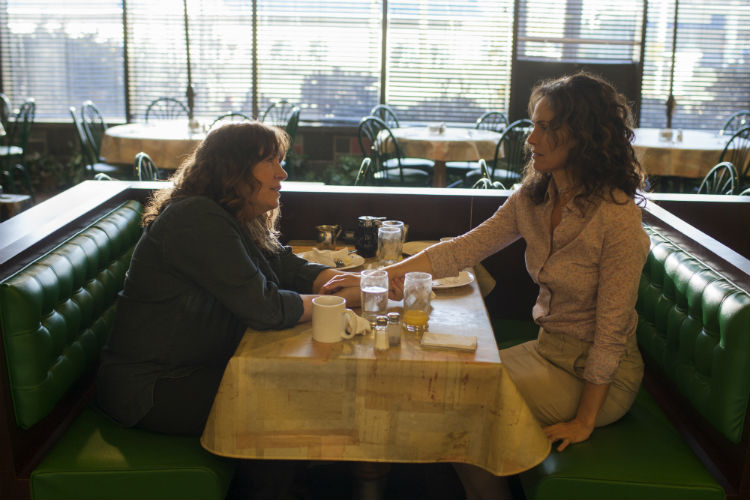 “Gladys” was a very disturbing episode of The Leftovers. It started out with Gladys, a member of the Guilty Remnant, being stoned to death. It was absolutely horrific and ended with Gladys actually speaking and begging for her life.

Gladys wasn’t the only member of the Guilty Remnant to speak though. After Patti started to notice Laurie was having doubts, she took her to a restaurant, gave her clothes, and actually spoke to her. Laurie wouldn’t speak the entire time. Patti gave her a pretty intense speech and it ended with her talking about someone we haven’t met yet and them leaving him a bag for some reason.

Laurie was determined to prove her dedication to the Guilty Remnant after that though. When Matt Jamison tried to hold a vigil for Gladys, Laurie came out and blowing her whistle in his face. Kevin had given all of them whistles after the murder in case they were in danger.

Kevin was busy trying to work on the case this week, but it wound up getting sent off to the feds, which was bad news. The agent he talked to actually said that the Guilty Remnant was an infestation and that if Kevin said the word it could be taken care of. Kevin said no, but it’s clear that they do no care about this crime. The last thing we saw on “Gladys” was them burning her body, which was also very disturbing.

Kevin had been having a terrible time this week. Not only did he lose control of the investigation, he also lost a vote on putting the town on a curfew. He also has been drinking heavily and almost attacked his dry cleaner when he thought that he was hiding his shirts. That dog killer also kept making appearances in this episode, which Kevin hated. Lastly, he eventually told Jill he was getting a divorce and broke down.

This was a really devastating episode of The Leftovers. There really are no high points in this show and it really shows true despair. Things are just getting worse and worse and it’s becoming clear that Kevin doesn’t really have any control. Something tells me that Gladys was just the start of the trouble.