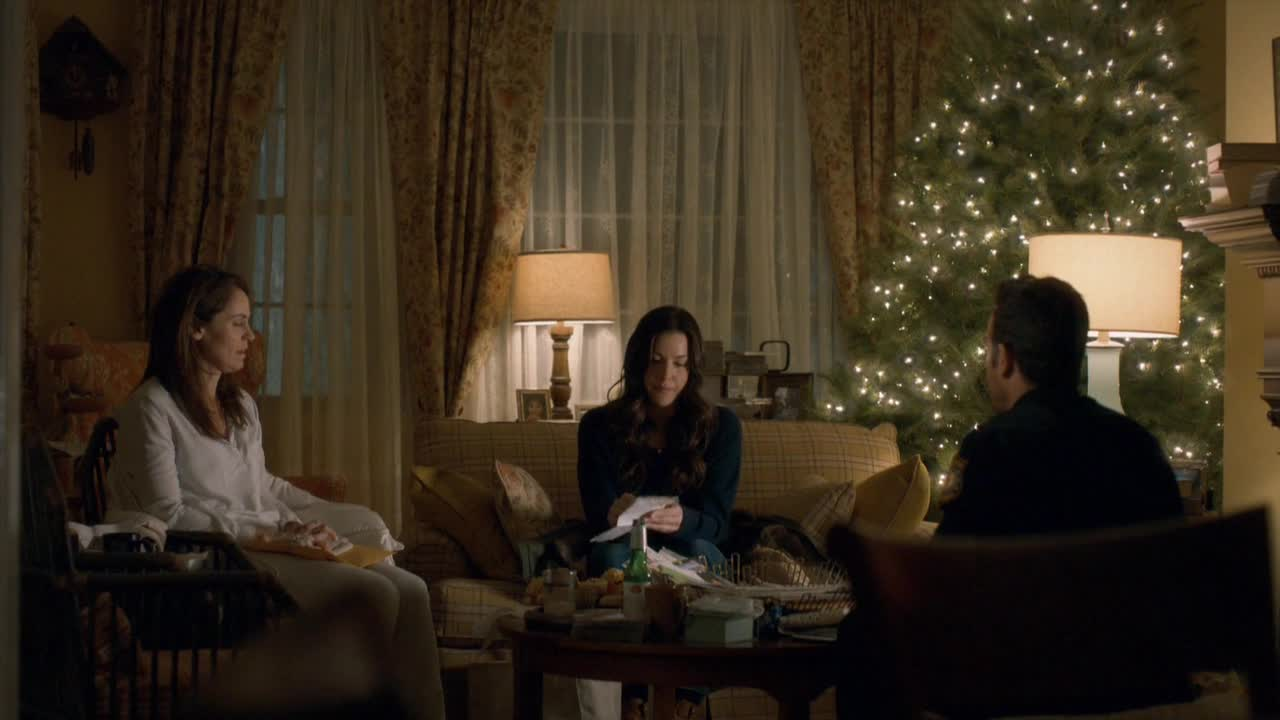 This week’s episode of The Leftovers went back to having multiple storylines. I found Laurie’s storyline to be particularly heartbreaking. The part with the picture frames was completely chilling though.

Kevin Garvey had two missions this week on The Leftovers. The first mission was to find the baby Jesus that mysteriously vanished from the manger. It turns out that Jill stole it and wanted to set it on fire, but ultimately had a change of heart, much to her friend’s relief. Those two twins delivered it back to Kevin in a hilarious fashion, though the town didn’t really seem to care much. Kevin was going to return the doll, but Matt Jamison already took care of that. Side note, Kevin’s car mysteriously freaked out and stopped working. That seems to be important. Kevin later threw Jesus out of his car.

Kevin’s other mission was to keep the Guilty Remnant away from the Holiday Dance. He didn’t have too much of a problem with that. Some of them showed up. Though they weren’t technically on school property, Kevin decided to pretend that they were and had them arrested. They were just a distraction though. The rest of the GR were sneaking into houses and taking every single one of the townspeople’s pictures out of their frames. It was horrible. I’m still not sure what the GR is trying to do, but I think I’m on Kevin’s side.

Laurie, meanwhile, came with Megan to serve Kevin with divorce papers. Kevin later revealed to Nora that he actually cheated on Laurie. It was also revealed that Tom isn’t really Kevin’s son and that has really affected Tom. Jill walked in to see her dad screaming at her mom. She gave her mom a Christmas gift. It was a lighter that said “Don’t forget me.” It was kind of the perfect gift for her, but Laurie threw it down the sewer. After removing the pictures, Laurie decided to walk home and tried to get the lighter back, but it was just out of reach. I think this was such an important, heartbreaking, and telling moment.

Tom was also having a really tough time with Christine. Some guy had a dream about her around dead bodies all in white and told her that he knew what was inside her. He attacked her, Tom attacked him, and they ran. They went to the hospital because Christine was pregnant, but they thought that Tom had hit Christine and he ran away. He almost went home and kept waiting for a sign or for Wayne to call. Like fate, the phone rang as he was about to get on the bus, but it wasn’t Wayne. It was a message about the people that were lost. Tom ultimately went back for Christine. They dressed up like people who seemed to be from yet another cult and got onto a bus. The bus stopped short though. They went out to find a bunch of dead bodies in white that spilled out of a truck. It was just like that guy’s dream.

This was an intense episode of The Leftovers. Tom seems to be reaching his limit, and I’m pretty sure he’s going to lose it. Jill’s not too far behind him though. Laurie seems more conflicted than ever about the Guilty Remnant. I think it would be really interesting to see someone try to leave the GR. Something tells me it wouldn’t be that easy of a thing to do.