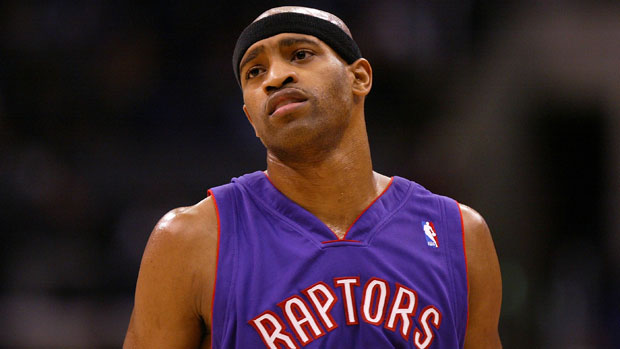 Getting back together with your ex is one of the stupidest things you can do.

We’ve all been there before. Possibly several times. It’s never something you’re proud of doing, but hopefully it’s something you can at least learn from.

When you break up with someone, you’re on top of the world. You no longer have to deal with the parasite that was slowly sucking away your will to live. You’re free to play the field, or do whatever it is you want to do now that you aren’t miserable all the time.

But you know how it is. A couple weeks later, you get hit with a case of the sads. You remember all the good times you had with your ex, and you either push the bad times out of your mind or you somehow convince yourself they weren’t as bad as they seemed.

Please—I’m begging you—remember the bad times. If you don’t, they’ll creep up on you twice as fast as they did the first time around, and they’ll be twice as strong.

You can justify it however you want—I’m not here to judge—but at the end of the day, you probably got back together with your ex because the sex was great. That’s the only thing I can think of that would make the bad times seem like they were worth it, but believe me, they weren’t worth it.

Toronto enjoyed a lot of great sex with Vince Carter. For those of you keeping score at home, I don’t mean that literally—it’s a metaphor. Toronto actually enjoyed a lot of great basketball with Vince Carter. And when I say “a lot,” what I actually mean is perhaps three years’ worth, and when I say “great,” what I actually mean is pretty good.

The astute among you will have noticed that I corrected myself in the last paragraph. That’s because I learned my lesson from getting back together with exes. It’s easy to fall into the trap of remembering things being better than they really were. The basketball Toronto enjoyed with Carter was neither plentiful nor was it great. It was really good in 2001, but it never went beyond that. It reached its climax way too soon and left you feeling unsatisfied. Are those qualities that would draw you back to an ex? Because that could end up happening here. Rumours have been circulating for months that the Raptors will try to re-sign Carter this offseason.

Don’t get me wrong—Vince Carter was the best basketball player Toronto ever saw. I won’t bore you by rehashing his heyday, so suffice it to say he put Toronto on the basketball map, ushering in a level of respectability the city had never seen before and has never seen since. He reached the peak of his glory in 2001, when he was a missed jump shot away from propelling the Raptors to the Eastern Conference Finals.

Things started to unravel the following season, when Carter was frequently sidelined by injuries. The Raptors managed to force their way into the 2002 playoffs without Carter, thanks mostly to Antonio Davis’s sheer force of will, but they lost in the first round to the Detroit Pistons.

Carter’s injury woes continued the following season, when things started to get really bad. Vince developed a reputation for being a soft player. The Raptors failed to make the playoffs and things just kept rolling downhill. Glen Grunwald, the Raptors’ GM at the time, was fired. Julius Erving was Carter’s choice to replace Grunwald, but Richard Peddie, the former president and CEO of MLSE, inexplicably hired Rob Babcock. Like Erving, Babcock had no experience managing a professional sports team, but at least Erving had big-name credibility. Babcock got rid of Carter’s mother’s parking space at the Air Canada Centre, and that’s when things got downright ugly.

Carter became petulant. He was now not only a soft player, but a mama’s boy. And then came the infamous interview where he said he didn’t want to dunk anymore. He sounded like a child who didn’t want to go to school anymore.

It was clear that Vince was no longer giving his full effort in games. His stat line plummeted. Fans were booing him on his home court. I should know because I was one of them.

It was obvious to me and many others that, unhappy with the direction of the team and the way he’d been treated by management, Carter was trying to force Babcock’s hand into trading him. I had been screaming from the rooftops for the Raptors to trade Carter long before it actually happened. And when the trade finally came, it came too late. Carter’s stock had fallen off a cliff, making it hard to acquire anything of value in exchange for him.

But surely Babcock could’ve got something better in return for Carter than what he ended up getting. Vince was shipped to the New Jersey Nets, and the Raptors got the underwhelming duo of Eric Williams and Aaron Williams, a couple draft picks and Alonzo Mourning, who flat-out refused to report to Toronto.

It’s worth noting here that Babcock himself has admitted that orchestrating that trade was probably one of the main reasons he never got another job as a GM in the NBA again. I think that’s a fair assessment, although drafting Rafael Araujo certainly didn’t help his case.

Vince Carter apologists will say I’m being too hard on him, but you’re not doing yourself any favours by only remembering the good times. There are many reasons why Carter is booed whenever he touches the ball in the ACC to this day, and they’re all listed here.

I hated Vince Carter once upon a time, but not anymore. Carter has mellowed with age and so have I. But when people talk about things like retiring Carter’s jersey, I just can’t help but shake my head. Carter’s two biggest accomplishments as a Raptor were winning the Slam Dunk Contest and leading the Raptors to the second round of the playoffs in 2001 (still a high water mark for the team, sadly). But there are so many bad memories associated with him. If the Raptors ever retire number 15, I hope it says Johnson on the back of the jersey, not Carter.

Now, back to the rumour that the Raptors will try to re-sign Carter this July. We know that MLSE CEO Tim Leiweke met privately with Carter when the Dallas Mavericks visited Toronto in January, but we don’t know what they talked about. It probably had nothing to do with re-signing Carter—that would’ve pissed off Mavs owner Mark Cuban, who attended the game, way too much. I wouldn’t read too much into that meeting.

Having Carter end his career in Toronto has a nostalgic appeal, no doubt, but I wonder how either party would benefit from such a reunion. To his credit, Carter has changed his game as he’s aged and while he may not be the superstar he once was, he’s still a valuable player. Ten years ago, who’d have thought Carter would be where he is today? He’s about to enter his 17th season and it looks like he’s still got a couple years left in the tank. I never imagined he’d have this kind of longevity. He’s also remained relatively injury-free throughout his career since leaving Toronto, and by all accounts he’s been a model citizen.

I’m glad that Carter has done so well. I loved it when he hit that crazy, buzzer-beating, game-winning three against the Spurs in the playoffs. But why would he want to come back to Toronto? His primary goal should be chasing a championship at this stage of his career—something he has yet to accomplish. He’d certainly be a valuable reserve player on a championship-calibre team. Some people think his returning to Toronto would help to rehabilitate his image here, but really, why should he care about that? As he rightly pointed out himself, hearing people boo him just reminds him of how much they loved him.

And why would Toronto want to woo Carter back? Granted, he could provide some scoring off the bench, but there are other players who are younger and could do the same thing, perhaps for less money. If the Raptors had a serious shot at winning a championship next year, signing Carter might make more sense, but they’re a young team on the rise. They should be looking toward the future, not toward signing sixth men who have a year or two left in their careers.

Re-signing Carter would basically amount to a marketing ploy to sell seats and merchandise, but I don’t think the Raptors are that desperate. They proved last season that they have a passionate, loyal fanbase. They don’t need to make a big splash by re-signing their ageing stars of yesteryear, and I don’t think Raptors GM Masai Ujiri would ever do something so dumb.

Yes, Carter was the best player Toronto ever saw. But he’s not the player he was back then, and before fans get too carried away with the idea of re-signing him, they’d do well to remember why he left town in the first place.