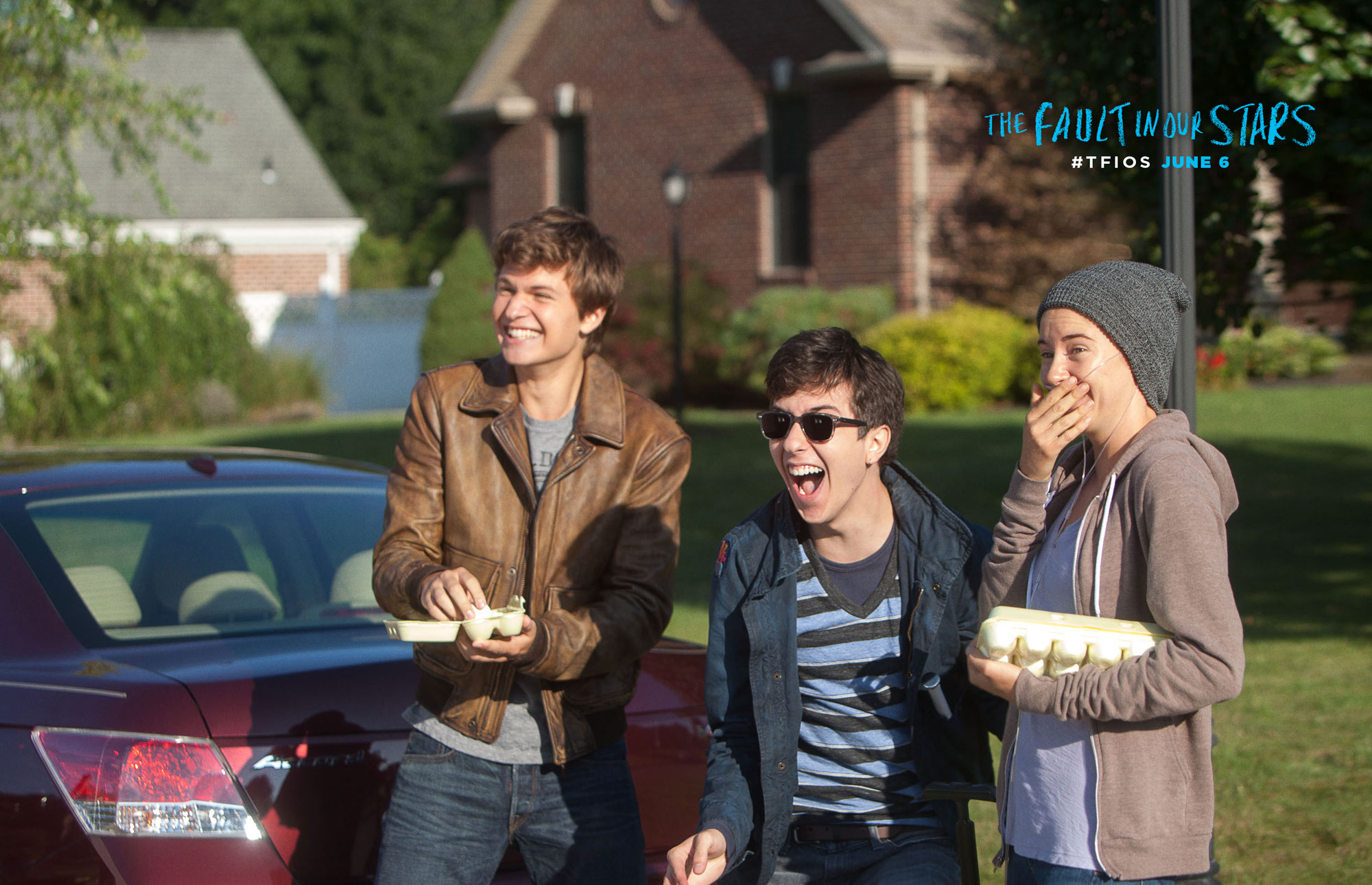 The Fault In Our Stars

It’s not all the time. I’m not really a Terms of Endearment kind of gal.

The thing is, my tears (like my laughs or my smiles or my shrieks of horror) come easy. Often. Occasionally brought on by a particularly pretty melody in a car commercial. So opening myself up to a bonafide tear jerker is an act of faith that what I’m about to experience is worth more than just the tears it elicits.

When I read The Fault In Our Stars, I was overwhelmed by its delicate beauty. It told the story of Hazel Grace, whose decidedly terminal cancer is being held at bay by a miracle drug, and her tentative, furtive romance with Augustus Waters (himself a cancer survivor), weaving in a meta subplot about a reclusive alcoholic author and the characters he left in limbo.  But what was carefully crafted to avoid clichés on the page seemed destined to feel lesser on screen. More pat, more easy, more romantic, and more normal. Nothing like the extraordinary tale of Hazel Grace and Augustus Waters that I had read.

And then the adaptation stumbled upon Shailene Woodley and Ansel Elgort, and suddenly it mattered less. The script, written by Scott Neustadter and Michael H Weber, does a good job of it – remaining mostly true to John Green’s original YA masterpiece. The direction, by Josh Boone, is more shaky (a little too typically young adult, a little too pop-song-reliant). But it’s really Woodley and Elgort who embue the movie with so much life and reality. They take lines and moments that should feel cliché and make them feel authentic. More importantly, they keep Hazel and Gus from feeling like overly perky cancer-ridden quirk machines, which I could see very easily happening with a movie that features a fake funeral, egg throwing, and an impromptu trip to Amsterdam for its moments of catharsis.

It is also immensely sad, in all the ways that you expect a love story where one of the participants has terminal cancer to be, and in a lot of ways that I didn’t expect. Although not as nuanced as the book, the movie does has one major advantage over its literary companion. It teases out and emphasizes the book’s theme about the devastation left behind on parents after they lose a child to cancer. As much as the movie (and book) are about young love and mortality, they also focus intensely on the love between a parent and child, and how that love is warped (but not destroyed) by prolonged, terminal illness.

In particular, the movie hit a goldmine when it cast Laura Dern as Hazel’s mother. She makes you feel the years spent watching her daughter’s health yo-yo; her every breath seems to shout out the pain of having spent years with the certainty of her daughter’s imminent demise, while also just so damn hopeful about the fact that it hasn’t happened yet. It was this that got me crying about five minutes into the movie, this that kept me crying through every scene. The movie does a great job of just infusing the characters with life and vulnerability.

The Fault In Our Stars is charming, clever, smart, and (yes) tear-jerking as hell. Like its central love-story, which our heroine tries to avoid for the sake of everyone else involved, it is more than worth the pain.