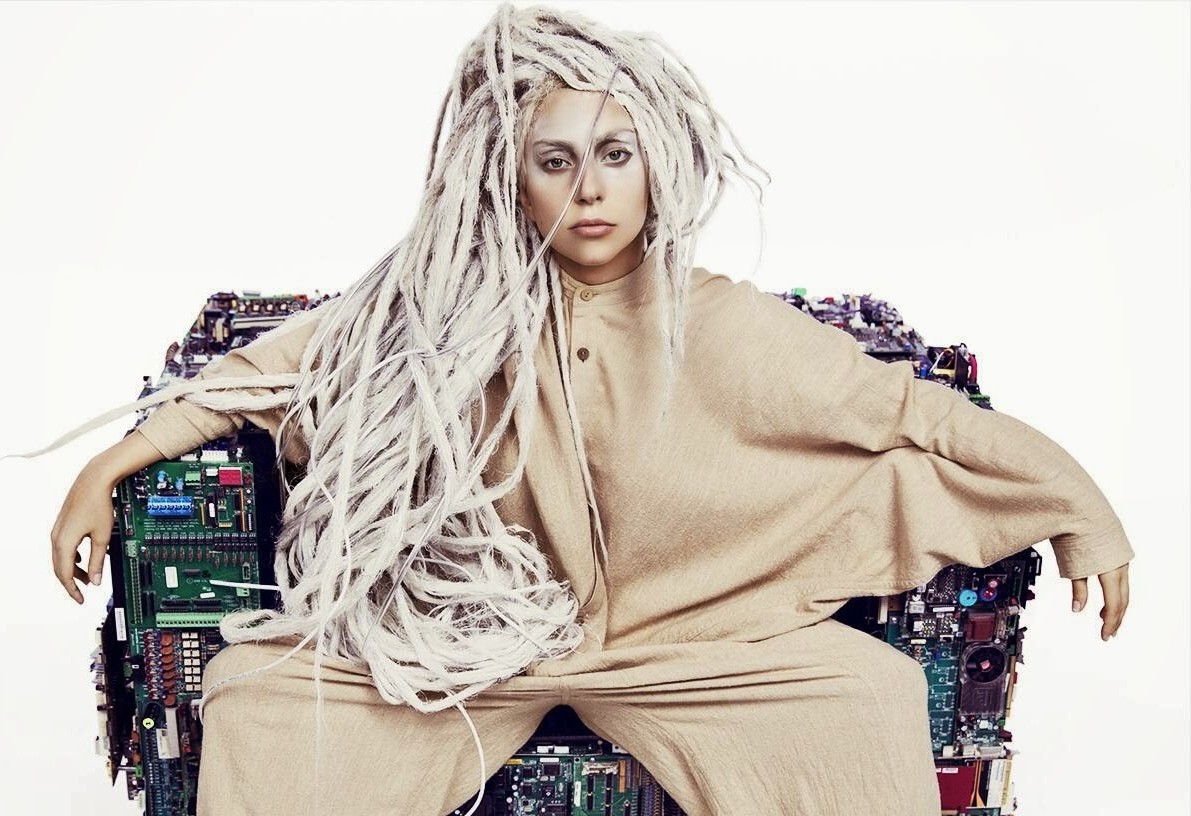 In recent years the music industry has become a competitive game.  Artists/musicians are consistently trying to out do other artists, including themselves.  Sometimes the game becomes too much for some people, in fact I believe the music industry moves at the fastest pace, preventing artists from taking a break or irrelevance may take hold.  The most problematic nature of the music industry today is that artists keep trying to top their last feat, or accomplishment.  Enter Lady Gaga.

Lady Gaga, or just Gaga, has accomplished a lot in just six years or international career.  On the accolades side of things Lady Gaga has been nominated for Album of the Year at the Grammy Awards, the highest honor in music 3 times, for her albums “The Fame,” “The Fame Monster,” and “Born this Way.”  In total Gaga has been nominated for 15 Grammy Awards, and won 5.  The second most prestigious music award over the years has always been the MTV Video Music Awards, and Gaga has reigned supreme throughout her career, her videos have amassed 26 nominations; she has won 8 including Video of the Year for her song “Bad Romance.”

So what’s going on with her recent career moves?  I think this question does not just affect her as an artist, but rather artists in general.  Gaga, and her most recent album Artpop just happen to be a good example of the evolution of a career in the music industry. Let’s start from the beginning, or well 2008.

Lady Gaga’s first major studio album “The Fame” was released August 19, 2008.  The album was not a hit right off the bat, some small European tours, and no shock performances in gay bars were used to help market her success.  Gaga also performed as the opening act for the New Kids on the Block for their reunion tour in North America.  While these helped position her to launch her career it was the sleeper single “Just Dance” released in April that launched her career.  Dance spent five months on the Billboard music chart, and did not hit number one until January of 2009.  Gaga worked on the song with Akon and Colby O’Donis.  The synthpop nature of the song, catchy lyrics, and critical acclaim launched her career.

The Fame had two other massive singles including “Poker Face” and “Paparazzi.”  “Poker Face” was even more successful than her first single, it reached number one the Billboard Chart in every country it was released and was nominated for Record and Song of the Year at the Grammys.

While on tour for her first album Gaga wrote what she considered to be the companion piece to The Fame, The Fame Monster.  Monster was listed as an extended play, or EP, with 8 tracks talking about the dark side of fame.  The Fame Monster was a success because of the number of singles charted, 7 out of the 8.  The album eventually sold 1.585 million copies according to Nielson Soundscan.  Gaga continued to have hits with Bad Romance, Alejandro, Telephone, to name a few from the album; she was on fire with single after single.

Gaga’s second official album release was released on May 23rd 2011 and entitled Born this Way.  In the first week the album sold 1.108 million copies, an impressive haul in a day when fewer and fewer people are buying CDs.  The album broke a lot of records, and became a major milestone for her as an artist.  Then album dropped 84% of its sales in its second week, selling only 174, 000 units, making it the first album to drop so significantly since 1991.  The third week the album only sold 38,000 units.

Critical responses were moderately favorable, but Gaga was also starting to gain some negative traction that seemed to fall in line with mainstream buyers.  Dan Martin from New Musical Express (NME) stated “it’s a damn good thing” that Gaga “doesn’t know when to hold back.”  Martin went on to cite that having artists push boundaries is important.

Greg Kot from the Chicago Tribune gave the album a mixed review thought the album felt rushed and stated it felt like “a major artist sprinting to please everyone all the time.”

Randall Roberts eviscerated Born this Way stating “She’s unsubtle in her message, unsubtle in her dress, and, most important, unsubtle aesthetically … If Gaga had only spent as much time on pushing musical boundaries as she has social ones, Born This Way would have been a lot more successful.”

In a way having listened to this album many times, I have felt each one of these perspectives.  In a sense Gaga is both a genius and her own worst enemy; she pushes both a music and social agenda, something few artists do today.  Gaga also seems to get bogged down over stylizing things, and loses people in visual subterfuge.

With Gaga’s most recent album release Artpop, album sale were weak, 258,000 units in the first week, mixed reviews from critics, and some interesting drama behind the scenes surrounding the promotion of her album, and singles.

At the end of the day it seems as though mainstream audiences and critics have sharpened their knives on the artist rather than her music.  Gaga is a formidable musician/artist; she has a true voice, but is her over the top persona losing her the cred she has her earned with her tremendous success?  Every artist is under a microscope, but does she deserve such scrutiny.

Yes and No, I think Gaga is one of the most talented musicians working in the mainstream; she pushes boundaries, makes great music, and has a message.  On the other hand I think her persona sometimes takes away from the meaning of her music, two words, meat dress. Gaga should not revert back to her “Just Dance” material but she should show her subdued side along with her talent without being over the top all the time.  I am excited for her album with Tony Bennett entitled Cheek to Cheek, but will fans say she has sold out?  Can Gaga do anything to win back her little monsters?  If there is an artist you should bet on to succeed its Lady Gaga.