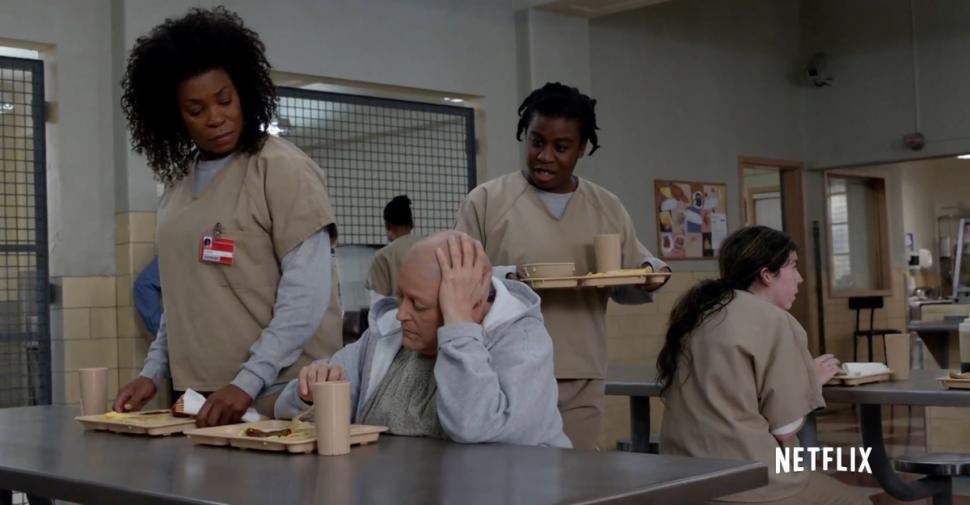 Season 2 of Orange is the New Black was absolutely incredible. There’s a lot that makes this show so great. Orange is the New Black is a show about incarcerated people, which is definitely an underrepresented population, and all of its characters are very well developed. It’s a great show centered about well rounded, unique women. I love how well we get to know each of the individual characters and their backstories. Piper Chapman brought us into this world, but we’ve gotten to know so many of the women at Litchfield over these past two seasons, and each woman really gets time, even people that weren’t so important during the first season have been heavily featured this season, such as Miss Rosa and Poussey.

With the introduction of Red’s old nemesis, Vee, things get intense. She returned to Litchfield and the contraband soon turned from mascara to drugs. She was such a compelling and cutthroat character. Though she had a long and personal relationship with Taystee, I thought that her relationship with Suzanne was the most interesting. It was heartbreaking to see Vee, who had made Suzanne finally feel like she belonged, turn on Suzanne so quickly and without remorse. Plus, Suzanne is just an amazing character.

Vee’s sudden appearance and disruption of the status quo also brought Poussey’s character into the spotlight. She went through so much this season with Taystee turning on her for Vee and everything that Vee put her through, but she stuck to her morals and proved what a strong person she was. She was faced with some tough dilemmas, but she didn’t let Vee get to her too much. It was really interesting to see the different things that Vee brought out of people and how each character reacted to her.

Another big part of this season of Orange is the New Black was the issues within the prison itself. It was hard to see these real issues such as the treatment of the elderly on screen. It was tough to see the reality that even though people want to enact change, it’s not going to be that easy. Even when they got rid of Fig, Caputo was right there to take over, and though he claims to have such idealistic intentions, he was so quick to turn on Bennett for his own gain when Bennett finally owned up to the baby.

Orange is the new Black is such an incredibly layered show. So much happened during the second season, but what really makes this show is the amazing cast of characters. I can’t wait to see who we get to see more of next season, and I really can’t wait for when Alex returns and finds out about Piper’s betrayal.