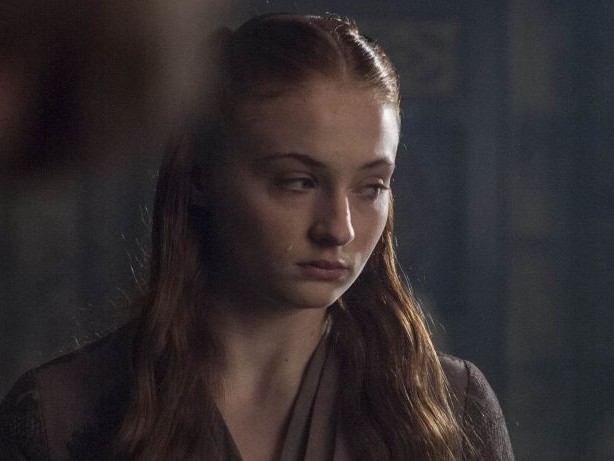 Game of Thrones: The Viper and the Mountain

It’s been awhile since I’ve written my thoughts about Game of Thrones Season 4. But I was compelled to touch base now, after the action packed 8th episode, to say: bravo showrunners.

After the premiere, I wondered how a show like this moves forward from the Red Wedding. Despite a few missteps (hello, unnecessary rape scene), they’ve done so with considerable aplomb. They’ve continued the greatness we have come to expect from GOT, but they’ve also managed to deepen and enliven bits that I found unengaging on the page.

Let’s start, however, with one of my favorite character archs in the book. George R. R. Martin has become famous for his ability to take unlikeable characters and slowly, deftly transform them without their ever needing to save a puppy (See also: Jamie Lannister, Tywin Lannister, Khal Drogo, etc.). The most impressive of these, however, is Sansa Stark.

For most of the first season, Sansa is unbearable. Sofie Turner played her with an entitled patheticness that is as embarrassing as it is annoying. She gets a dire wolf killed, and her actions lead pretty quickly to Ned Stark’s losing his head. And she lacks the cool factor of other villains. Her “redemption” is slow and womanly on a show that relies greatly on speed and masculinity. And yet it IS a redemption. Somehow, by the middle of Season Four, Sansa is a tactical operator on the order of the Queen of Thorns. Watching her realize her place in this universe, and begin to take control of what she has at her control, is both inspiring and depressing. She’s suffered so much, and learned so much, that Sansa Stark is now one of the most interesting characters left in Westeros.

The biggest surprise to me this season was Oberyn Martell. In the books, he arrives with the same amount of fanfare as he does on screen, but it rang empty to me. As played by Pedro Pascal, he’s charismatic, dangerous, and magnetic. I lived for his scenes, and not just because they tended to even out the ratio of man-nudity to female-nudity (at least until Melisandre shows up). This week saw his (SPOILERS) tragic, painful, horrible demise, a scene so visceral it had me close to puking. Yet, more so than in the book, I feel poised to revel in that scene’s inevitable ramifications.

And this episode did nothing but set up ramifications. The fate of Tyrion hangs in the balance, with him finally sentenced to death by a bitter Tywin Lannister. Danaerys sends away the one man who has stood by her since before she was Kahleesi. Theon unwittingly betrays his countrymen and returns to his role as Reek, while the Bolton Bastard gets legitimized by a father who doesn’t seem to know just how bad his son has gotten.

The best encapsulation of this week’s episode actually goes to Arya. Throughout her buddy comedy with the hound, the goal has been to get her back to whatever tiny sembalance of her family she could get.As long as that still existed, Arya was a god damn Stark. She may have started murdering people, she may be dressed in boy clothes and making nice with The Hound, but she was Arya freaking Stark and her salvation still existed from a person external to her. And yet, with one line, Arya learns that her very last life line has fallen away. And rather than dissolve into tears or violent rage, Arya laughs, a booming broken laugh. At this point in the five kingdoms, that’s about all you can do.

Two more episodes left. And I haven’t seen a White Walker in a while.