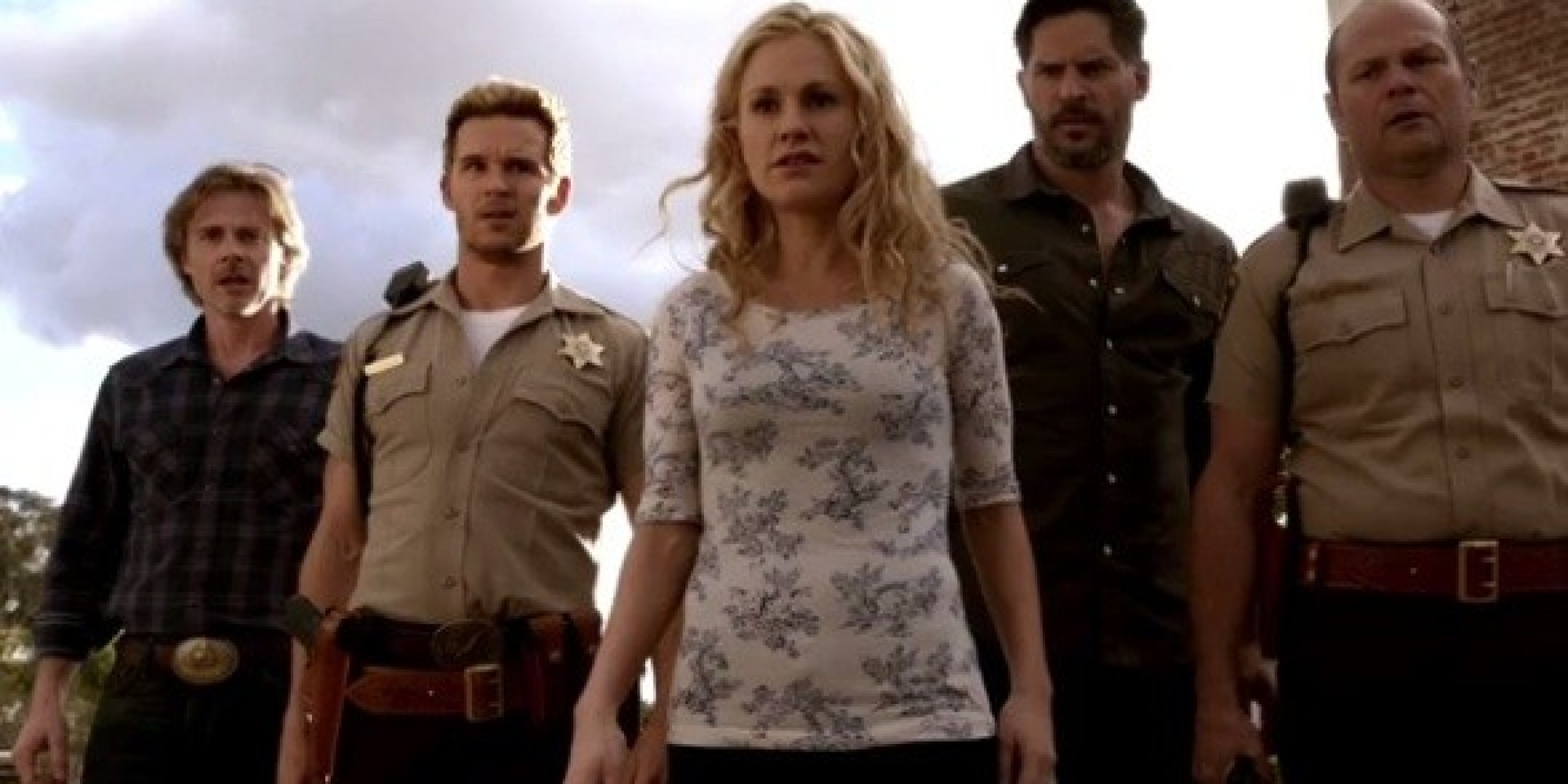 Does True Blood Need Jesus to Save its Soul?

Before the Re-Cap/Review, let’s talk about six seasons of a roller coaster ride, up and down.  The first two seasons had a small focus, mainly the town of Bon Temps, Louisiana, and the show worked.

In season 3 there was an additional supernatural creature, the werewolf, and the show split its time between Bon Temps and Mississippi.  While there was the addition of the beautiful, and typically naked Joe Manganiello who played Alcide, the shows third season lost its bite, yes there will be tons of vampire puns.

Season four brought forth the season of the witch, and more focus on Bon Temps, and while some disagree I had much more faith in the show after this season.  There was of course not enough magic, yep I did it again, in seasons 5 and when the show focused on Sookie (Anna Paquin) and he faerie origin, or Bill as “God Vampire.”  Sookie and Bill are honestly the most boring characters on the show.  Plus who kills off Chris Meloni without getting an ass shot.  You can tell creator Alan Ball left the show after season 5, he would not have allowed no ass shot.

Things to know about this season

Remember back in season one, when the two Fang bangers, humans who like to have sex with vampires, were trying to intentionally infect vampires.  The Hep D virus would weaken vampires for months on end making them easier to kill.

Humans manufactured Hep V, in season six, and produces black veins all over someone’s body.  Hep V is like the instant true death for vampires.

Tonight’s episode entitled “Jesus Gonna Be Here”-Spoilers ahead if you did not watch do not read further.

At the vampire mixer everything is great until the infected Hep V Vampires, attack, things move quick with these “zombie like vampires, even though they are not really zombies.  Arlene, Holly, and several of humans in town are kidnapped.  The biggest surprise of the opening was quick death of fan favorite Tara.  I had to rewind my TiVo because I was shocked at the death.

Sookie is back to hearing voices the town is angry with her, and her, and while she tries to stay strong she finally confronts the town in a church service stating she can hear them. Sookie is the central character to this story, and its her powers, her connection to vampires that can help solve this problem.

Pam and the Search for the Long Lost Eric

After killing all of Andy’s other daughters, Jessica has vowed to protect him and the only daughter that was saved in the last season, Violet.  Jessica works hard to protect Violet from a Hep V infected Vampire, it is her vow to protect this girl.  Andy tells Violet not to invite Jessica into their house.  In order to save Jessica from the sunlight Violet invites her into the Belflour house, because she feels Jessica has proven herself.

Nelsan Ellis’ Lafayette is still one of the best characters

Lafayette needs protecting from a Vampire to prevent to Hep V outbreak in the vampire community, so Sam and Bill assign him Jessica’s beau James now played by Nathan Parsons.  James tells Lafayette a story about how he was infected, and provides one of the most human moments of the episode.  James was draft dodger; he talks about how all of his friends have died.  This is in response Lafayette talking about how he feel numb to the death of the Tara.  James talks about how his…we assume boyfriend died in Vietnam, and when he goes to apologize, his “friends” father beats him with a baseball bat.  He was turned into a vampire later that evening.

Vince a man we have never met before who ran for mayor against Sam seems to be leading the charge on the human side.  As Andy and Bill search for everyone else they are intercepted by the Vince and a couple other folks who do not sympathize with the Vampire harmony.  This seems to be alluding to the major theme throughout the final season.  Hep V is a disease affecting the vampire community manufactured by humans, this disease is causing vampires to run amuck, and terrorize humans.  Sound familiar, maybe outside the manufactured by humans piece, maybe.

The episode started strong and set forth and interesting closing story, unlike the wasted season six, this could provide some interesting closure to this final season, just try to suspend disbelief, and plot holes, a lot